Ohio lawmakers will try to override Kasich's veto of the heartbeat bill, but it's not clear if they will have the votes 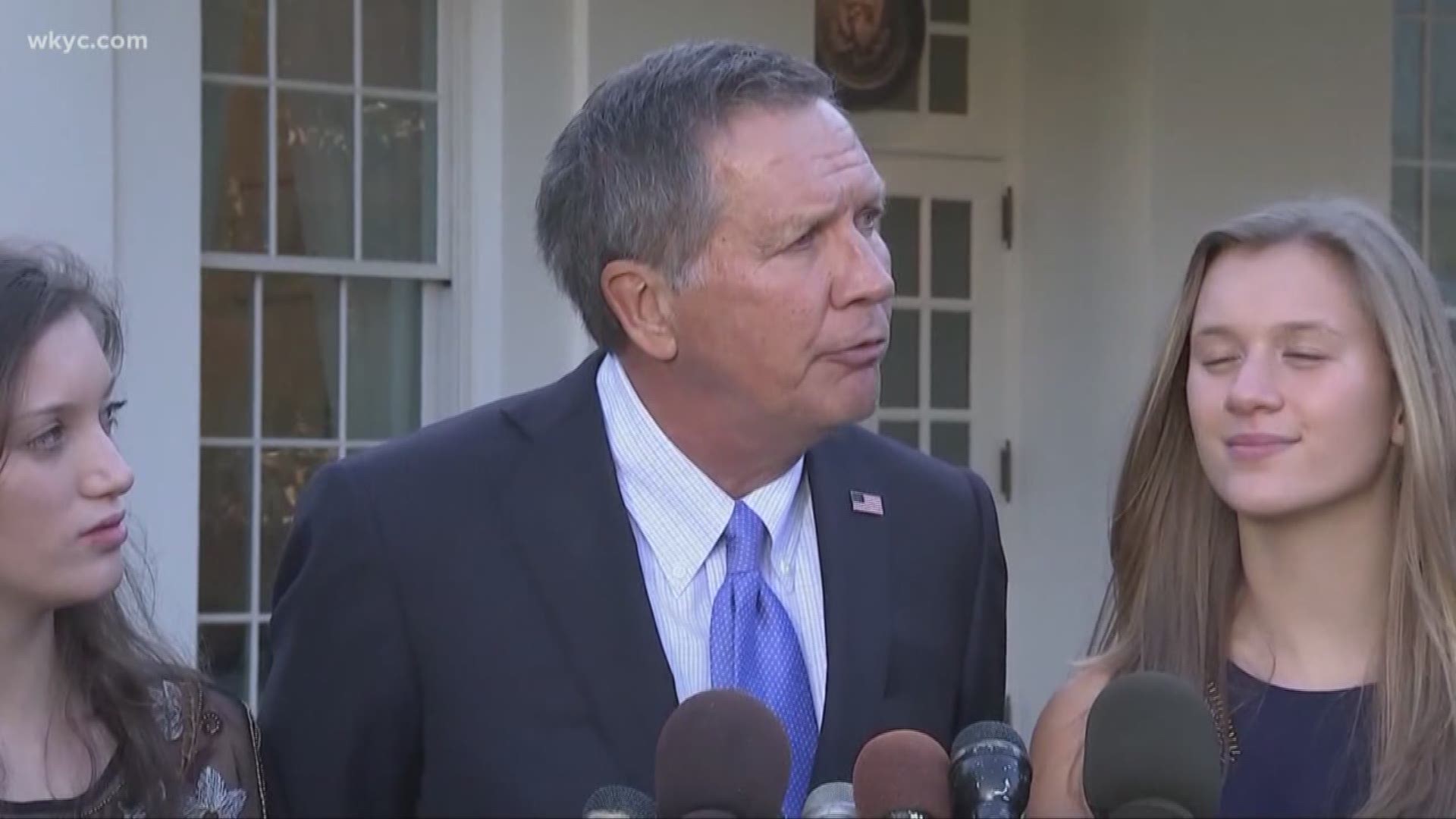 COLUMBUS - Ohio Gov. John Kasich just signed one of the most restrictive abortions bans in the nation.

And it wasn't the "heartbeat bill."

On Friday, Kasich signed Senate Bill 145, which would ban a common second-trimester abortion procedure called dilation and evacuation and penalize doctors who perform them. Physicians could face a fourth-degree felony, punishable by up to 18 months in prison, for the procedure.

The proposal, which would ban most abortions as early as 12 weeks gestation, has no exception for rape or incest but does allow for an abortion to save a woman's life.

"I'm pro-life," Kasich told a crowd at the Columbus Metropolitan Club Wednesday. "I think the issue, whether you're pro-life or you're pro-choice, is moving in the direction of the earliest the better and not the latest."

Kasich once again vetoed a proposed law to ban abortions after a fetal heartbeat is detected, also known as the "heartbeat bill." House Bill 258 would have banned abortions as early as eight to 10 weeks.

Ohio lawmakers will try to override Kasich's veto of the heartbeat bill, but it's not clear if they will have the votes. They would need support from three-fifths of lawmakers in both chambers to override the veto.

"The central provision of (the bill), that an abortion cannot be performed if a heartbeat has been detected in the unborn child, is contrary to the Supreme Court of the United States’ current rulings on abortion," Kasich said in a veto message accompanying the bill.

By banning dilation and evacuation procedures, Ohio joins two other states, Mississippi and West Virginia, that have halted those types of abortions. A handful of other states have passed laws to penalize the procedure, but federal courts have called them unconstitutional.

In a dilation and evacuation abortion, a woman's cervix is dilated then surgical instruments, such as forceps, are used to remove the fetus and uterine lining. In 2017, the method was used in 3,441 abortions – nearly one of every six performed in Ohio, according to the Ohio Department of Health's report.

Doctors testified that dilation and evacuation is the safest option for abortions in the second trimester. Alternatives, such as inducing labor, come with more health risks, said Dr. Wayne Trout, chairman of the American College of Obstetricians and Gynecologists.

Ohio Right to Life, which lobbied for the ban on dilation and evacuation abortions, applauded Kasich's efforts to restrict abortion in the state.

“Ohio Right to Life is immensely grateful to our governor and our pro-life legislature for prioritizing this crucial legislation,” said Mike Gonidakis, president of Ohio Right to Life, in a statement.

Abortion rights advocates focused on the bill Kasich signed more than the one he vetoed.

“John Kasich is reckless and irresponsible," NARAL Pro-Choice Ohio Executive Director Kellie Copeland said. "He has ignored pleas from Ohio’s medical community that politicians should not interfere with the doctor-patient relationship or block access to abortion care in our state."