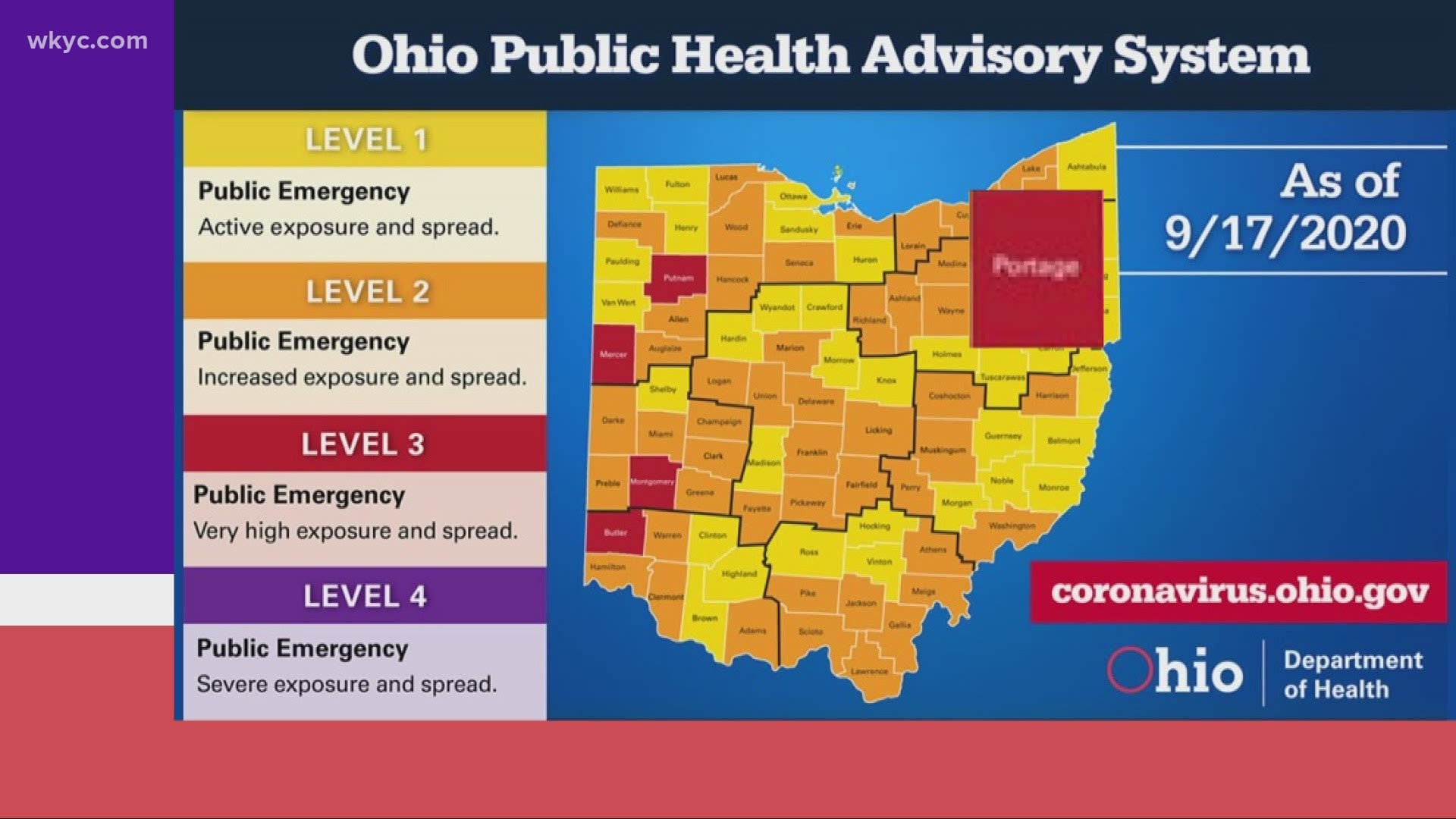 COLUMBUS, Ohio — A group of Republican legislators in the Ohio House of Representatives is set to introduce a bill that seeks to end the state's emergency order brought on by the COVID-19 pandemic.

Geauga County Rep. Diane Grendell (R-Chesterland) is serving as one of two primary sponsors for what is being called the "Restore Ohio Now" bill. If enacted, it would immediately terminate Ohio's state of emergency resulting from the spread of the coronavirus as well as rescind specific health orders enacted by Gov. Mike DeWine's administration.

CORONAVIRUS IN OHIO: Up-to-date case numbers & trends as of Sept. 22

The legislation has not yet been numbered or assigned to a committee, but both Grendell and fellow primary sponsor Reggie Stolzfus (R-Paris Township) claim to have 15 cosponsors signed on. Grendell released the following statement:

"Many Ohioans have worked diligently, in good-faith with the Governor to flatten the curve of COVID-19 for months, and we accomplished this goal awhile back. Initially, there was much cause for concern regarding COVID-19. Governor DeWine responded appropriately to an unknown threat facing Ohioans. The time has come to responsibly transition back to our lives before the pandemic, and this bill is a first step in that direction.

"It’s crucial, for the sake of our people and our Constitution, that one branch of government cannot solely supersede on our entire state with overwhelming and unchecked authority. This is not only an issue of getting our state and Ohioans back on track, it’s also about protecting the foundation of how our government is supposed to constitutionally function for the people. Government cannot protect us from every single one of life’s risks; we have to rely on the judgement and responsibility of individual Ohioans in the exercise of their personal liberties."

This is not the first time the GOP-led Statehouse has tried to curb DeWine's powers in regard to the pandemic, although virtually all such bills have failed to gain enough traction due to either opposition in the Senate or the threat of a veto. DeWine did recently sign legislation preventing him or others from unilaterally closing Ohio's places of worship or moving the date of an election, the latter of which the governor did in March when the virus was reaching its peak.

Although orders restricting businesses and mass gatherings have taken their toll on Ohio's economy, polls show roughly 75% of state residents approve of the way DeWine has handled the pandemic (the approval ratings are among the highest for any governor in state history). He has responded to critics by pointing out Ohio's relatively low COVID-19 case and hospitalization numbers compared to other states, and says the Ohio Constitution gives him and the health department the authority to enact strong measures during health emergencies.

But the praise has not stopped hardliners from DeWine's own party from attacking him, and four members of the House even filed articles of impeachment against the governor. Several representatives such as Urbana's Nino Vitale have even resorted to baseless conspiracy theories about DeWine and established medical science, and the relentless criticism is widely believed to be the reason for former Health Director Dr. Amy Acton's resignation as well as Dr. Joan Duwve's decision to turn down the role.

RELATED: Gov. DeWine to Ohio lawmakers who seek to impeach him: 'Have at it'

It is not known at this time just how much support the bill could have in the General Assembly, although Republicans currently hold a supermajority in both chambers. House Speaker Bob Cupp has recently gone out of his way to avoid ugly confrontations with DeWine, in stark contrast with his predecessor, the since-indicted Larry Householder.