GOP lawmakers have made good on their promise to check the authority of fellow Republican Gov. Mike DeWine by issuing the first override of his term. 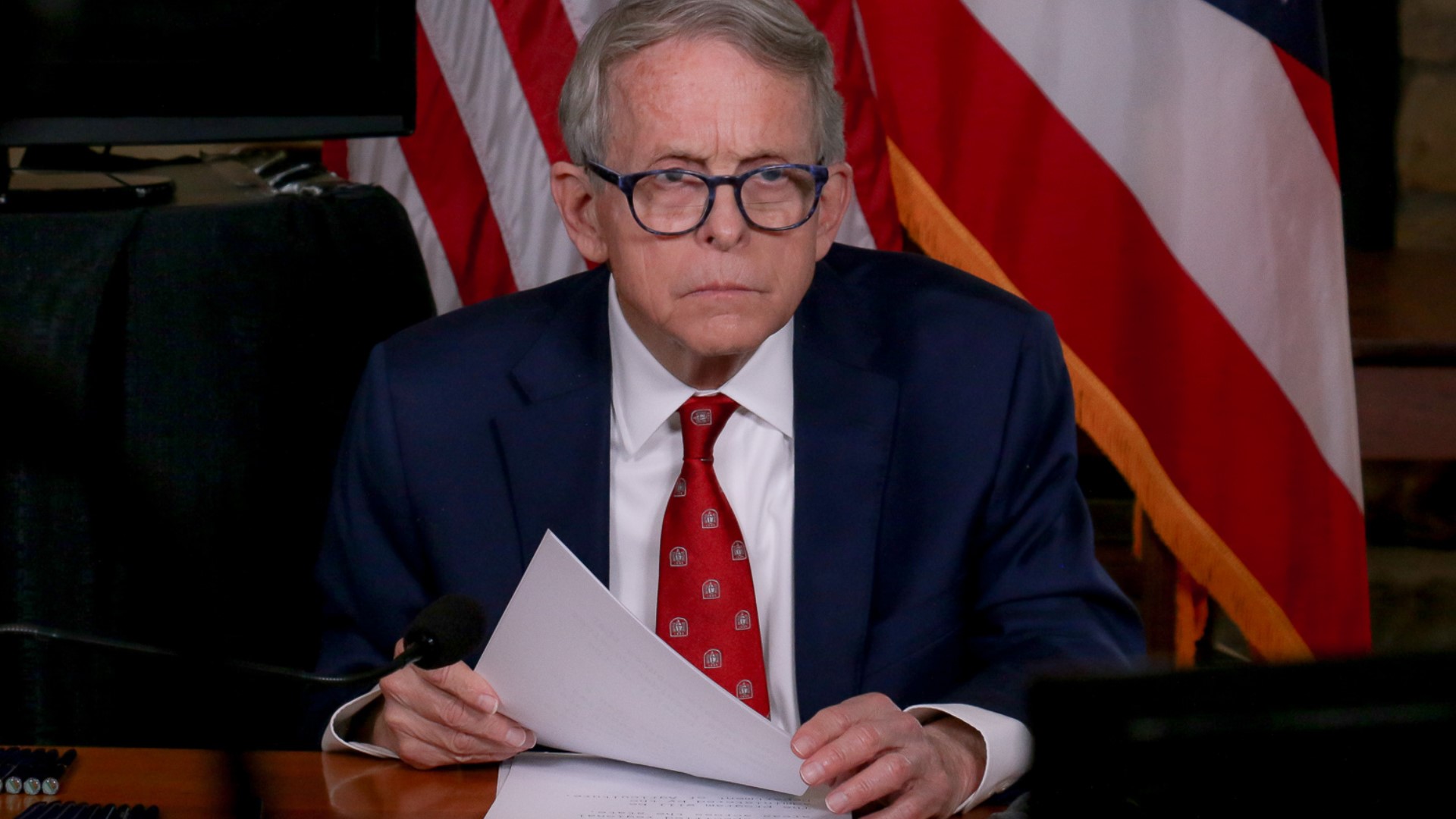 COLUMBUS, Ohio — GOP lawmakers on Wednesday made good on their promise to check the authority of fellow Republican Gov. Mike DeWine by issuing the first override of his term after a yearlong battle over how the state should respond during a health emergency.

The Republican-controlled House and Senate voted after short debates in each chamber to reject DeWine's veto of legislation restricting the state including local health departments' ability to respond to emergencies such as the coronavirus pandemic.

The legislation simply gives lawmakers the power to review orders issued by the Ohio Department of Health, with more than 30 states having similar laws, said Senate President Matt Huffman, a Lima Republican.

“The people must never feel forgotten, especially during times of emergency, when unchecked power can be used to impact lives and livelihoods,” Huffman said.

Bill’s sponsor Sen. Rob McColley, a Napoleon Republican, argued in favor of the measure Wednesday before the vote.

“Ladies and gentlemen, it’s time for us to stand up for the legislative branch. It’s time for us to reassert ourselves as a separate and co-equal branch of government here in the state of Ohio,” McColley said. “We need to stand up and we need to finish this for all the Ohioans who have been asking us for a long time to be their voice.”

“We understand people are frustrated and fatigued with the ongoing pandemic—we are too,” said Sykes, an Akron Democrat. “However, the answer to getting our economy back on track, kids back in school, and our social lives vibrant relies on our ability to respond quickly to variants and outbreaks.”

Multiple public health departments laid out their concerns over the legislation Tuesday, documenting how the bill would slow down, or block, local officials from ordering businesses to close or requiring residents to quarantine or isolate without a medical diagnosis.

“Board of health orders are crucial tools to mitigate a situation, allowing time for a full investigation of a situation before it becomes urgent or worsens,” Franklin County health officials wrote. “Orders like these are utilized sparingly and almost always involve guidance and expertise from the CDC or the Ohio Department of Health.”

The Senate bill in question would allow state lawmakers to rescind public health orders issued by the governor or the state Health Department as soon as they take effect, as well as prevent the governor from reintroducing similar orders for at least 60 days.

The bill would also limit state of emergency orders to a period of 90 days but allow lawmakers to extend them in 60-day increments indefinitely.

DeWine has warned the bill would also ripple the state’s ability to address an emerging public health crisis and open up local health departments to lawsuits by anyone who disagrees with their enforcement actions.

A spokesperson for DeWine sent the following statement:

“Governor DeWine, through his letter Monday and his veto message yesterday, made his serious concerns regarding Senate Bill 22 known to the members of the General Assembly and to the public. In addition, those who provide healthcare and public health services across Ohio, as well as colleges, local officials, and community organizations, also expressed their deep concerns about Senate Bill 22. Governor DeWine remains focused every single day on doing all he can to ensure every Ohioan who wants a COVID vaccine can get one in the coming weeks, which is truly what will help Ohio put this pandemic behind us.”