The Republican released a statement just before the vote took place in the House of Representatives. 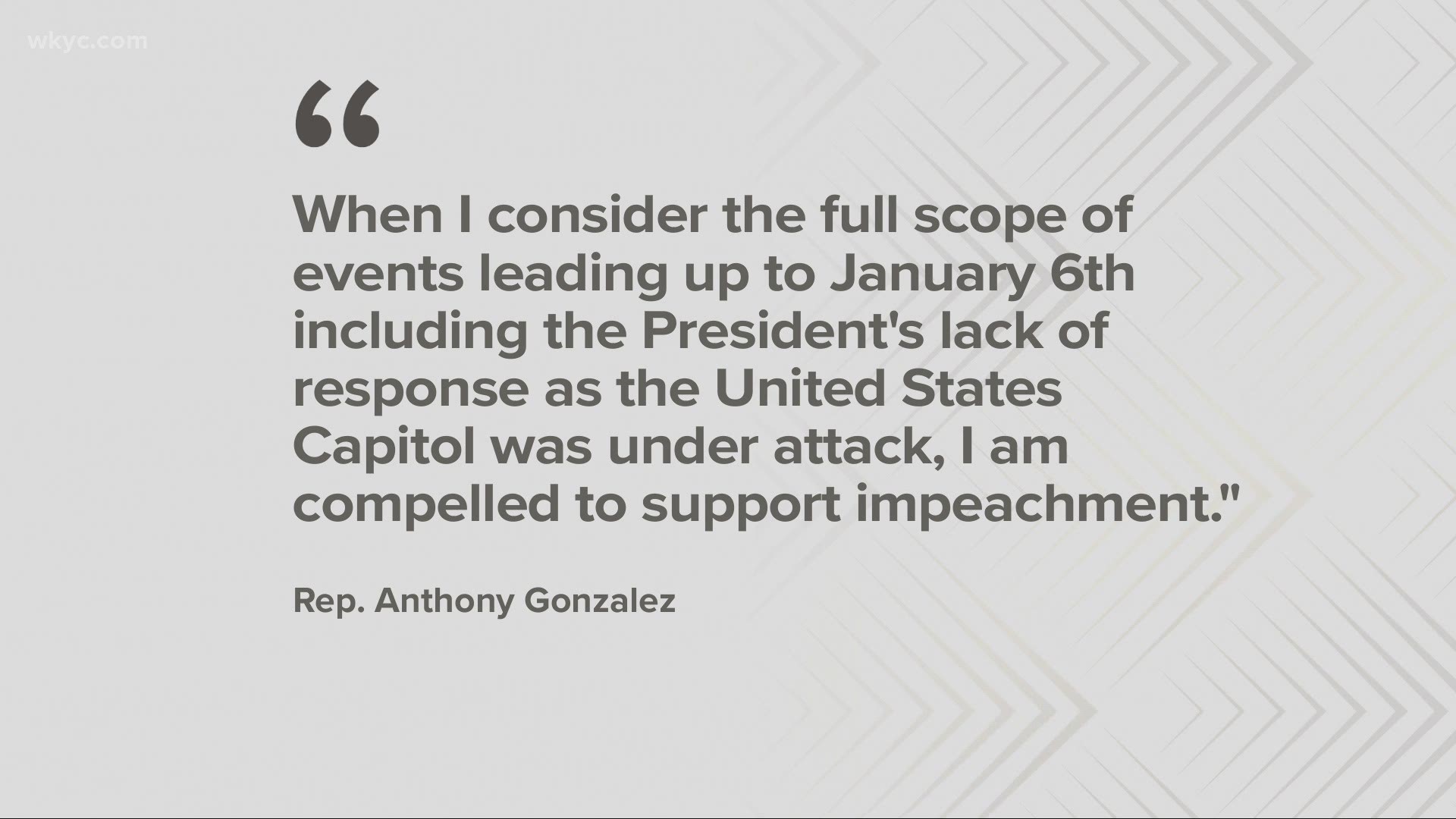 WASHINGTON, D.C., USA — US Rep. Anthony Gonzalez (R-Ohio) has voted to impeach President Donald Trump over his involvement in the January 6 riots at The Capitol.

Rep. Gonzalez released a statement just before the House of Representatives began voting on Wednesday afternoon, detailing his reasons for voting to impeach.

"Like many of those around our district, I have spent the past few days trying to make sense of everything that unfolded at the Capitol on January 6," Rep. Gonzalez writes. "In rehashing the day as I experienced it, consulting with law enforcement, and watching footage of the events before and during the attack, I have come to the following conclusion."

Gonzalez was one of multiple GOP lawmakers that broke party lines to vote in favor of impeaching President Trump, including No.3 House Republican Liz Cheney.

"The President of the United States helped organize and incite a mob that attacked the United States Congress in an attempt to prevent us from completing our solemn duties as prescribed by the Constitution," Rep. Gonzalez continued. "In doing so, five people have died - including a Capitol Police Officer - many more have been injured, and our democracy has been shaken."

"During the attack itself, the President abandoned his post while many members asked for help, thus further endangering all present. These are fundamental threats not just to people's lives but to the very foundation of our Republic," Rep. Gonzalez concluded. "When I consider the full scope of events leading up to January 6th including the President's lack of response as the United States Capitol was under attack, I am compelled to support impeachment."

See my full statement on impeachment below. pic.twitter.com/pBBYRI2RUP

Around 4:25 p.m. eastern, the House of Representatives officially passed the minimum number of votes needed to impeach President Trump. 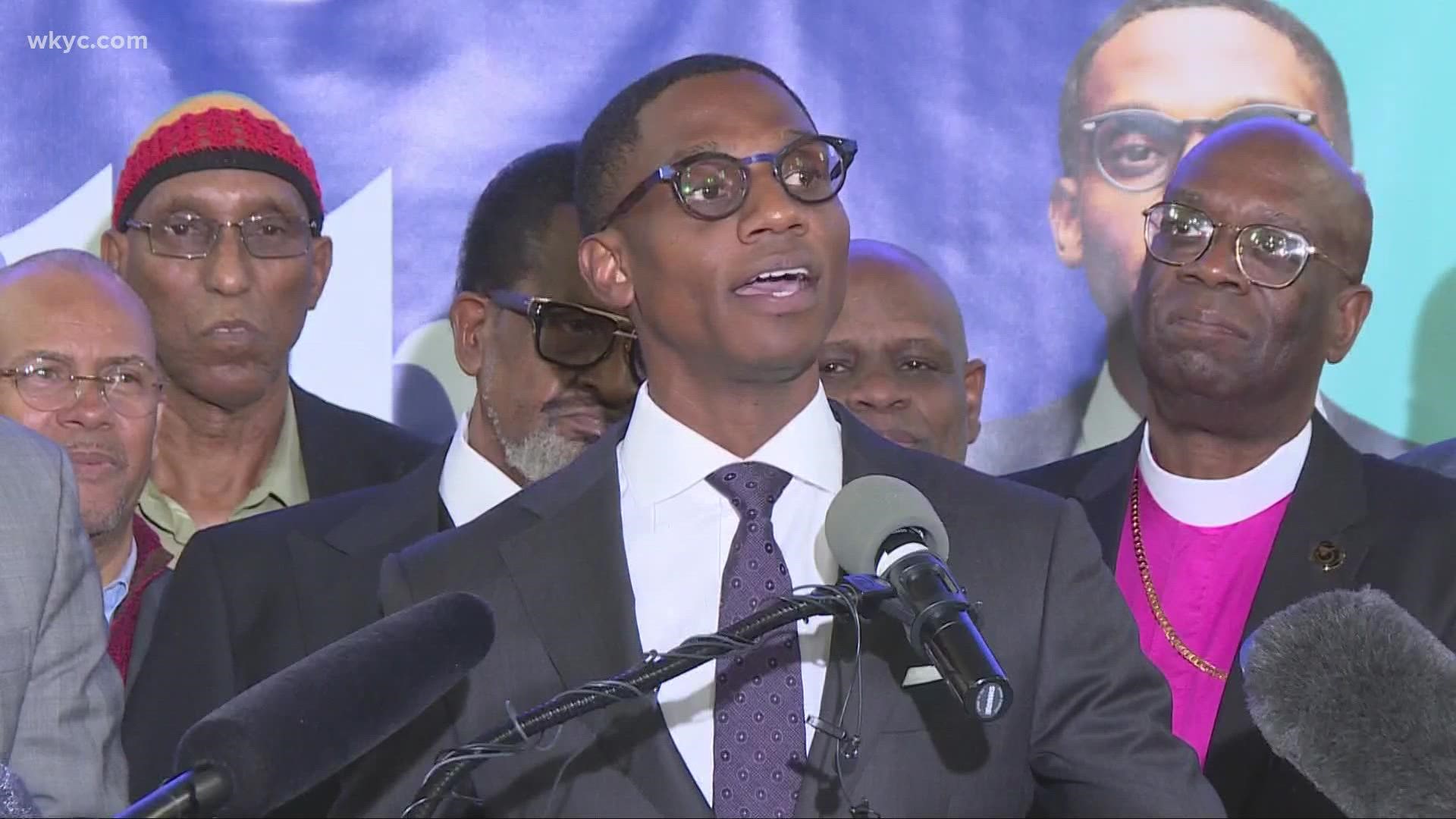