Tired of seeing political yard signs? Get used to them, as Northeast Ohio cities look to change laws due to Supreme Court ruling 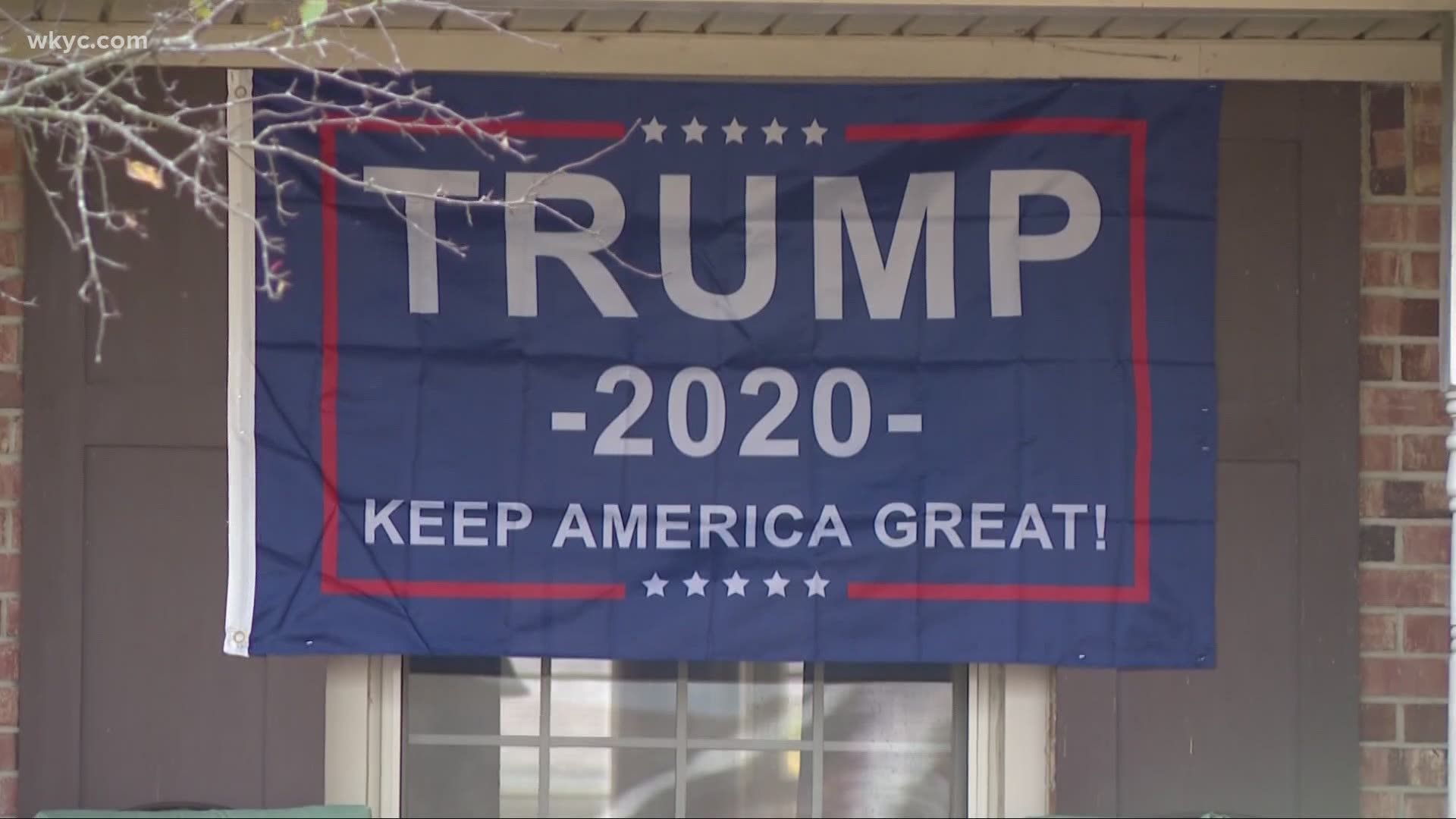 BRECKSVILLE, Ohio — For almost 20 years, Brecksville's ordinance regulating political yard signs stayed on the books with no issues. But faced with complaints from residents about signs still hanging around long after the election, city officials realized they may not have the legal ground to enforce its long-standing ordinance.

"We want the ordinance redone so that we have a leg to stand on if we were to enforce it," said Mayor Jack Hruby at a legislative council committee meeting on Monday night.

The current ordinance states that, "The sign shall be posted only during the period commencing no earlier than thirty (30) days before any election and shall be removed by the owner of the property no later than the third day following such election to which it pertains."

However, a 2015 U.S. Supreme Court ruling struck down a law that regulated signs based on their content. This means that ordinances in communities such as Brecksville that specifically regulate political yard signs could be considered unconstitutional.

"A lot of these [laws] are on the books, but they're just not enforced," said Steve Friedman, 3News First Amendment attorney.

"It's not that our political discourse has become so uncivil, it's that people are in your face," said Friedman.

Because political speech is a most protected speech, Friedman said he believes that municipalities need to tread very carefully to make sure that sign ordinances are not based on content.

"The Court said you can't do that, you can't differentiate between signs at all based on the content of the sign," he said.

However, municipalities do have the power to regulate things like the size of the sign, the materials that it's made of, along with the location and number of signs on a property.

It's a whole different ballgame if a homeowner lives in a neighborhood with a Homeowners Association that bans political signs. The HOA has every right to do so, as homeowners sign away their rights when they join. Our Verify team explains why, here.