Crews are preparing the city for the convention. 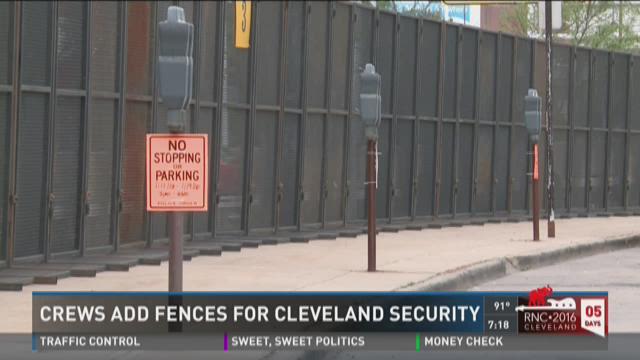 Crews have put up what they call "global fencing" around the city in preparation for the Republican National Convention.

On Wednesday, the fences were spotted around Willard Park, near FirstEnergy Stadium.

They will help with security as protesters gather around town.

Barricades are also being set up on East 9th Street.

Police will use them for road closures as we get closer to the start of the convention.

Recap of the RNC in Cleveland