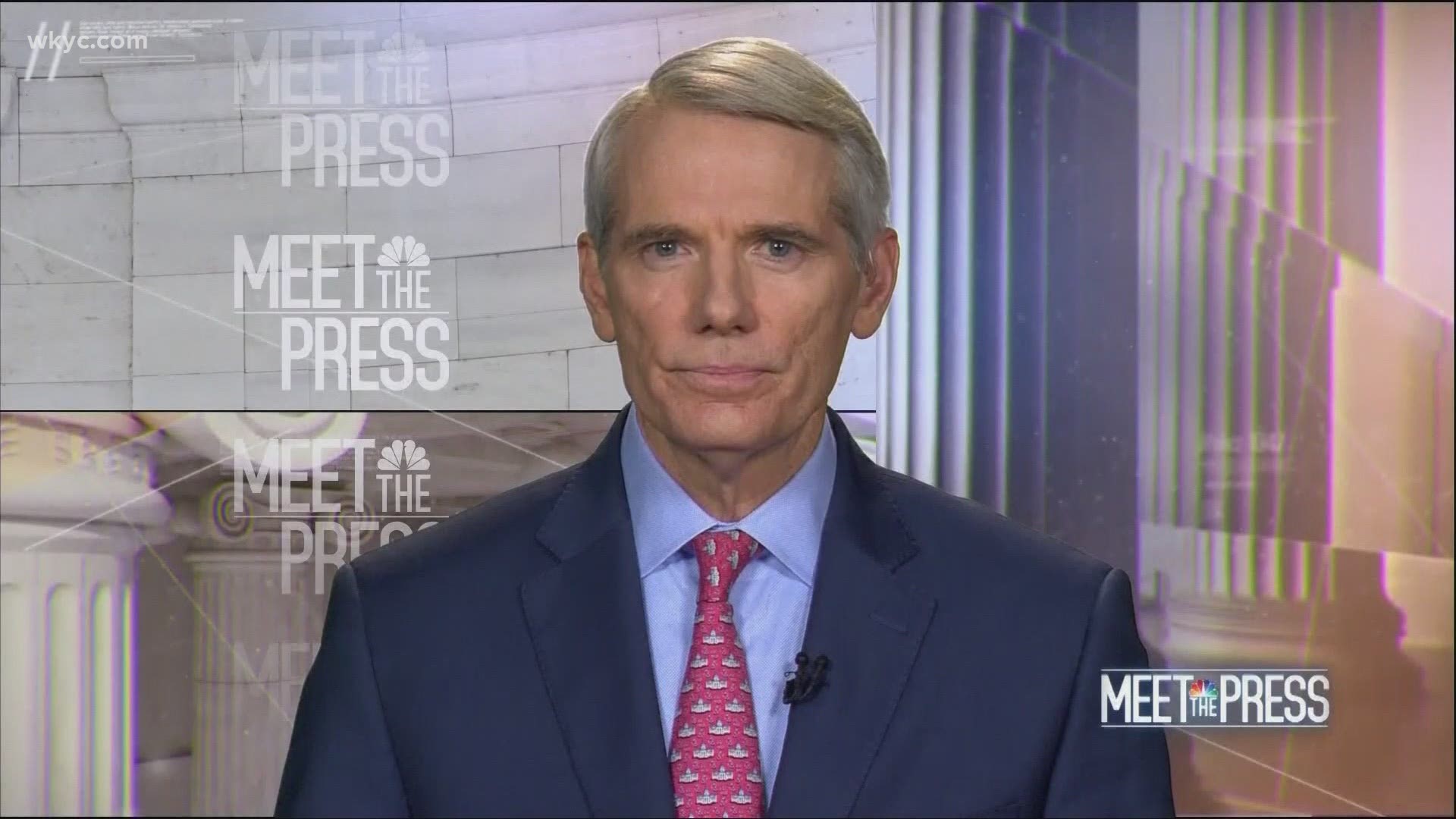 Following Sen. Rob Portman's (R-Ohio) announcement that he will not seek reelection at the end of his term, many have already begun to speculate about who could vie the senator's seat when it becomes open in 2022.

What follows is a list of potential Republican and Democratic candidates to replace Sen. Portman, who was first elected to the U.S. Senate in 2010.

Having served as a member of the U.S. House of Representatives since 2006, Jordan has built a reputation as one of Congress' most conservative members. The former Ohio State wrestling assistant coach was one of the biggest public supporters of President Donald Trump's and received the Presidential Medal of Freedom prior to the end of Trump's term.

Currently serving as Ohio's Lt. Governor under Gov. Mike DeWine, Husted has been one of the faces of Ohio's response to the coronavirus (COVID-19) pandemic, especially as it relates to the economy. It's worth noting that DeWine will be up for re-election in 2022, with some having already speculated that he could be primaried by a Republican challenger.

Almost immediately after Portman announced he won't seek re-election, many took to social media to proclaim Tressel as a potential candidate. And until the current Youngstown State president comments, that speculation will likely only grow.

Governor DeWine issued the following statement regarding today's news that @senrobportman would not seek re-election: pic.twitter.com/5NunnE6o4y

Dayton's mayor since 2014, Whaley has previously considered runs for Congress and has most recently been linked to Ohio's 2022 gubernatorial election after announcing she won't run for re-election as mayor. In 2019, she earned national recognition for her response to the mass shooting in Dayton's Oregon District, which left 10 dead (including the shooter) and 17 others injured.

Currently serving as the U.S. Representative for Ohio's 13th district, Ryan has become one of the leading Democratic voices in the Buckeye State. The Niles, Ohio, native doesn't lack for experience in Washington D.C., having held a seat in the U.S. House since 2003.

With his term as Cincinnati's mayor nearing its end, Cranley has already announced his plans to explore a potential run against DeWine in the 2022 gubernatorial election. An unexpectedly open senate seat, however, could alter plans for members of both parties and potentially decrease the likelihood of DeWine being primaried.

According to Henry Gomez of BuzzFeed News, Acton -- who previously volunteered for Barack Obama's presidential campaign -- has been courted by progressive activists and mentioned as a potential candidate for a Senate run. While serving as the director of Ohio's Department of Health under DeWine, Acton received national recognition for her response to the COVID-19 pandemic. In June, Acton resigned from her position, later telling The New Yorker she feared she'd be pressured to sign orders she didn't believe in.