The Republican talked with CNN Anchor Dana Bash about why he believes that the $1.9 trillion relief-bill is not the right choice for the American people. 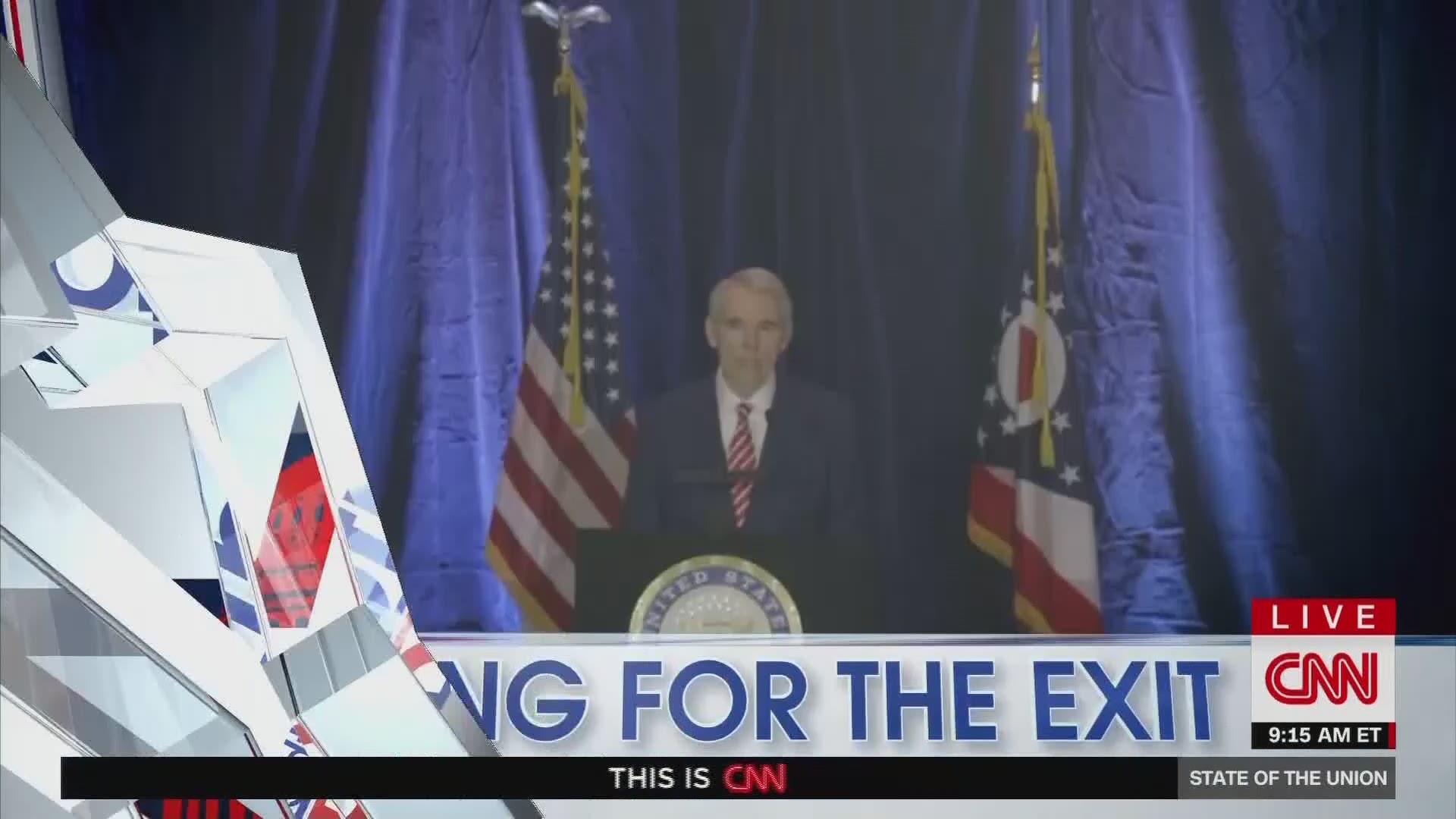 TERRACE PARK, Ohio — "This morning we sent out a letter to the president, saying we would love to work with him- it's signed by 10 republicans- it specifies the proposal that we think is more targeted and more appropriate for the times we're in. My hope is that the president will meet with us and we'll be able to work out something that is bipartisan."

During an appearance on CNN's State of the Union on Sunday morning, Sen. Rob Portman (R-OH) discussed a new letter that he and several Republican colleagues sent to President Joe Biden, urging him to reconsider his $1.9 trillion COVID-19 economic plan.

“In the spirit of bipartisanship and unity, we have developed a COVID-19 relief framework that builds on prior COVID assistance laws, all of which passed with bipartisan support,” the lawmakers wrote to President Biden. “Our proposal reflects many of your stated priorities, and with your support, we believe that this plan could be approved quickly by Congress with bipartisan support.”

Sen. Portman told CNN's Dana Bash that despite Democrats having the ability to push their COVID-19 package through during the process of reconciliation- which requires a simple majority vote which the Democrats currently hold- he believes that the process would not be a good idea.

"It's not in the interest of the Democratic Party to do that, in my view, because it will set President Biden down a path of partisanship that I think will poison the well for other bipartisanship we'll need on so many other issues," Portman said.

Bash followed up by asking Portman why he was in support of reconciliation, however, when it was the GOP in control of the Senate, saying, "explain why it was okay for Republicans but not Democrats?"

"Reconciliation is a tool that you're able to use, it has to relate directly to the budget, and what the Democrats, are talking about doing is one, using it right off the bat without trying to come up with a bipartisan compromise as we have on COVID-19- if you can't find bipartisanship on COVID-19 I don't know where you can find it," Portman told the CNN anchor. "Our proposal as an example is going to have all of the healthcare funding that President Biden has in his proposal- all of it, so there's a lot of bipartisanship. But second, reconciliation is not meant for the purposes that they're trying to use it for."

Bash also pressed the Senator from Ohio on why he was one of the 45 Republicans in the U.S. Senate to vote against the impeachment trial of former-president Trump, which Portman clarified was only a matter of the "constitutionality" of the trial.

"The vote was to table a discussion about the constitutionality, and I've said from the start that I think this is an issue that has to be discussed," Portman said on Sunday.

"I said with regard to the president's comments that day that they were partly responsible for what happened, for the horrible violence that occurred on capitol hill. I've also said that what he did was wrong and inexcusable- I've used the word 'inexcusable,' because that's how I feel," the Senator told CNN. "So, we'll see. I'm a juror, I'm going to keep an open mind as we go through this."

Bash also asked Senator Portman about the recent news that several of Mr. Trump's lawyers have resigned from his defense due to how they believe his case should be argued.

"Let me just say clearly, and I've said this as you know since November, which is that there was not adequate irregularities or fraud not widespread enough to change the result of the election, period. That's my view, that's the view, by the way, of the Trump Justice Department," Portman said discussing the news that former-president Trump would like to try and use false claims of voter fraud as a defense. "I think we need to be very clear with the American people, those who voted for Donald Trump, and I was a Trump supporter and I think his policies were better for the country and better for my state, we have to acknowledge that this election was lost, and we have to move on."

Portman also briefly spoke about his decision to step back from the Senate once his term ends in 2022, telling Bash that he never intended to become a career politician and that he has hopes that the Republican Party will be able to unite over policies before the election.

Earlier this month, Sen. Portman announced that he would not seek reelection, citing a myriad of reasons, including what he says is an increasingly divided Congress. 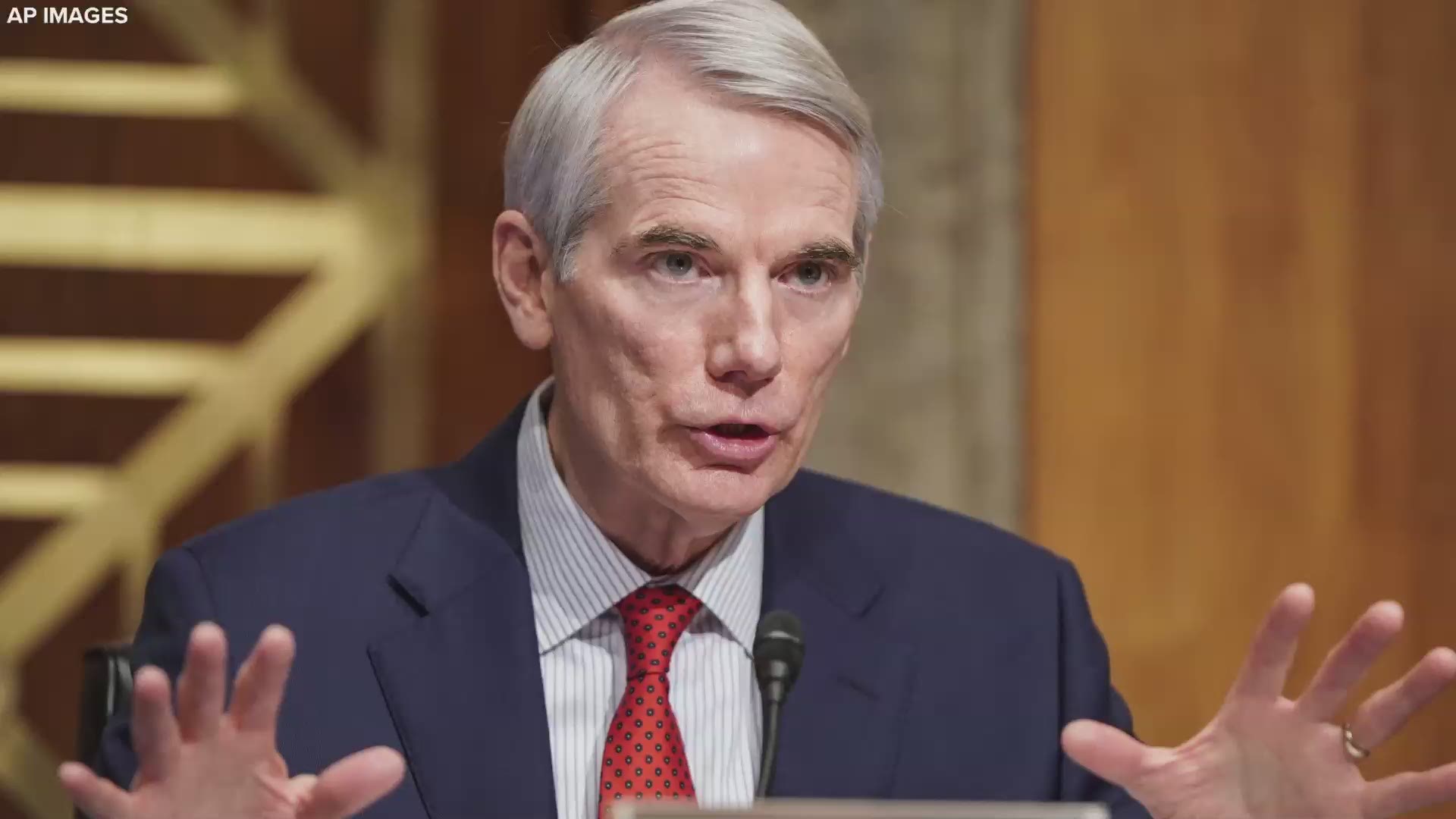