GM on Monday announced plans to close the Lordstown plant in March. 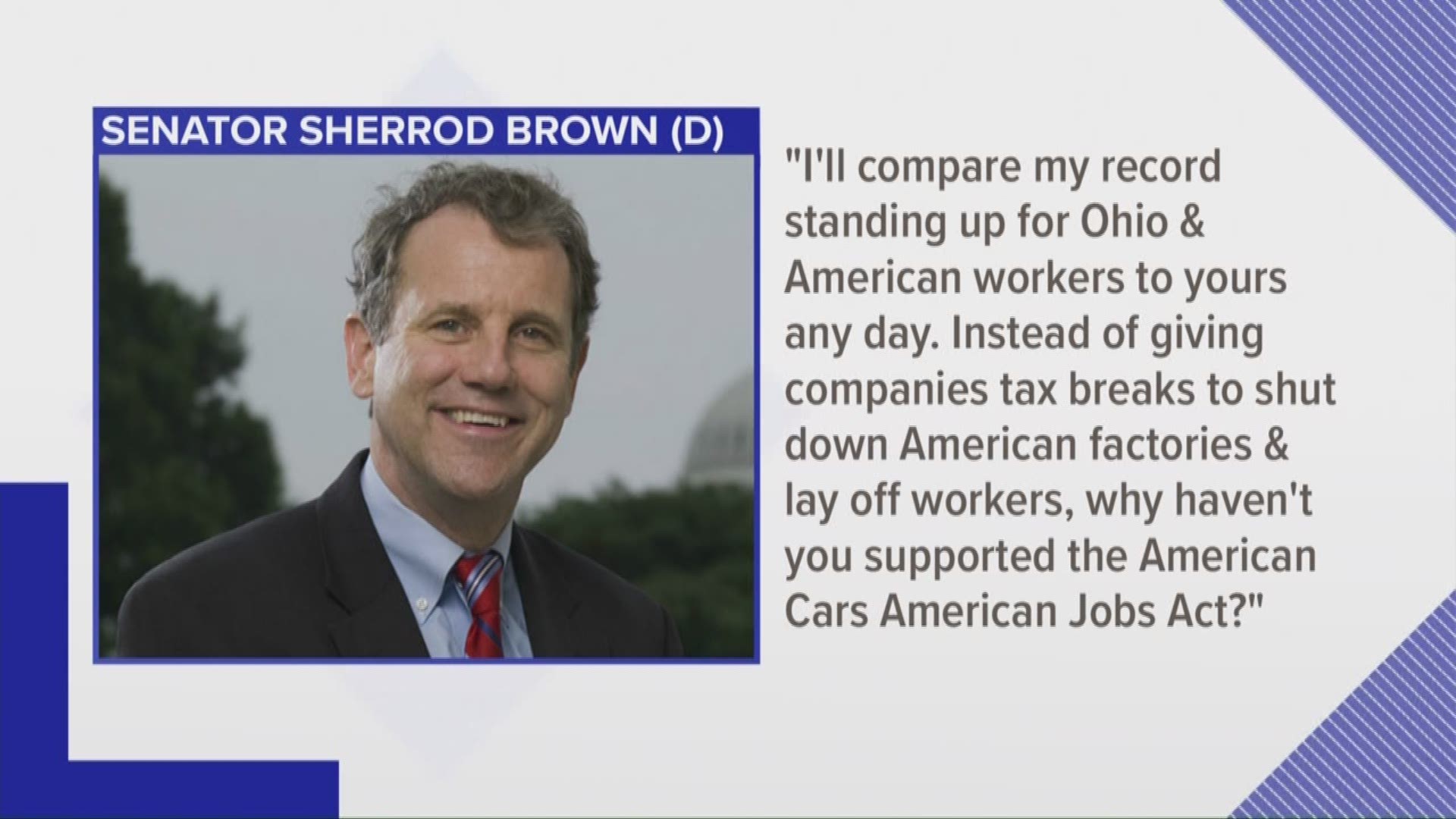 U.S. Sen. Sherrod Brown on Tuesday fired back at President Donald Trump, who blamed Brown for the planned closure of the Lordstown General Motors plant.

In a Monday interview with the Wall Street Journal, Trump pointed fingers at Brown but failed to mention Republican Sen. Rob Portman when asked about the closure of the Lordstown location, which produces the Chevrolet Cruze.

GM on Monday announced plans to close the Lordstown plant in March, putting 1,500 people out of work.

"Well, it's one plant in Ohio," Trump said. "But I love Ohio. And I told them: You're playing around with the wrong person. And Ohio wasn't properly represented by their Democrat senator, Sherrod Brown, because he didn't get the point across."

"I’ll compare my record standing up for Ohio & American workers to yours any day," Brown tweeted at the president. "Instead of giving companies tax breaks to shut down American factories & lay off workers, why haven’t you supported the American Cars American Jobs Act?"

.@realDonaldTrump, I’ll compare my record standing up for Ohio & American workers to yours any day. Instead of giving companies tax breaks to shut down American factories & lay off workers, why haven’t you supported the American Cars American Jobs Act? -SB https://t.co/2vMXfr9wjq https://t.co/qo8WpsReqo

Brown claims the bill, introduced in August, would eliminate incentives for auto manufacturers to ship jobs overseas by revoking a tax cut on their overseas profits. It would also offer car buyers a discount when purchasing cars made in America.

Trump also blamed poor sales for the closure of the Lordstown plant, suggesting GM replace production of the Chevrolet Cruze with a more successful model.

"They make a car called Chevy Cruze and it's not selling well," Trump said. "So I said: Then put a car that is selling well in there but get it open fast."

Trump on Tuesday threatened to cut GM subsidies and blasted GM CEO Mary Barra in a tweet for the U.S. plant closures while "nothing" was "being closed in Mexico & China."

Very disappointed with General Motors and their CEO, Mary Barra, for closing plants in Ohio, Michigan and Maryland. Nothing being closed in Mexico & China. The U.S. saved General Motors, and this is the THANKS we get! We are now looking at cutting all @GM subsidies, including....

The Lordstown GM plant had more than 4,500 employees less than two years ago, but that number has since fallen.

Union leaders and politicians who are behind a campaign backing the future of the plant say they'll continue trying to convince GM that the plant can be a part of its future.

Ohio's incoming governor, Republican Mike DeWine, says he plans on meeting with GM officials after he takes office in January.