Ohio Governor Mike DeWine called the 80-year-old Lewis "an extraordinary leader, teacher, and role model for us all." 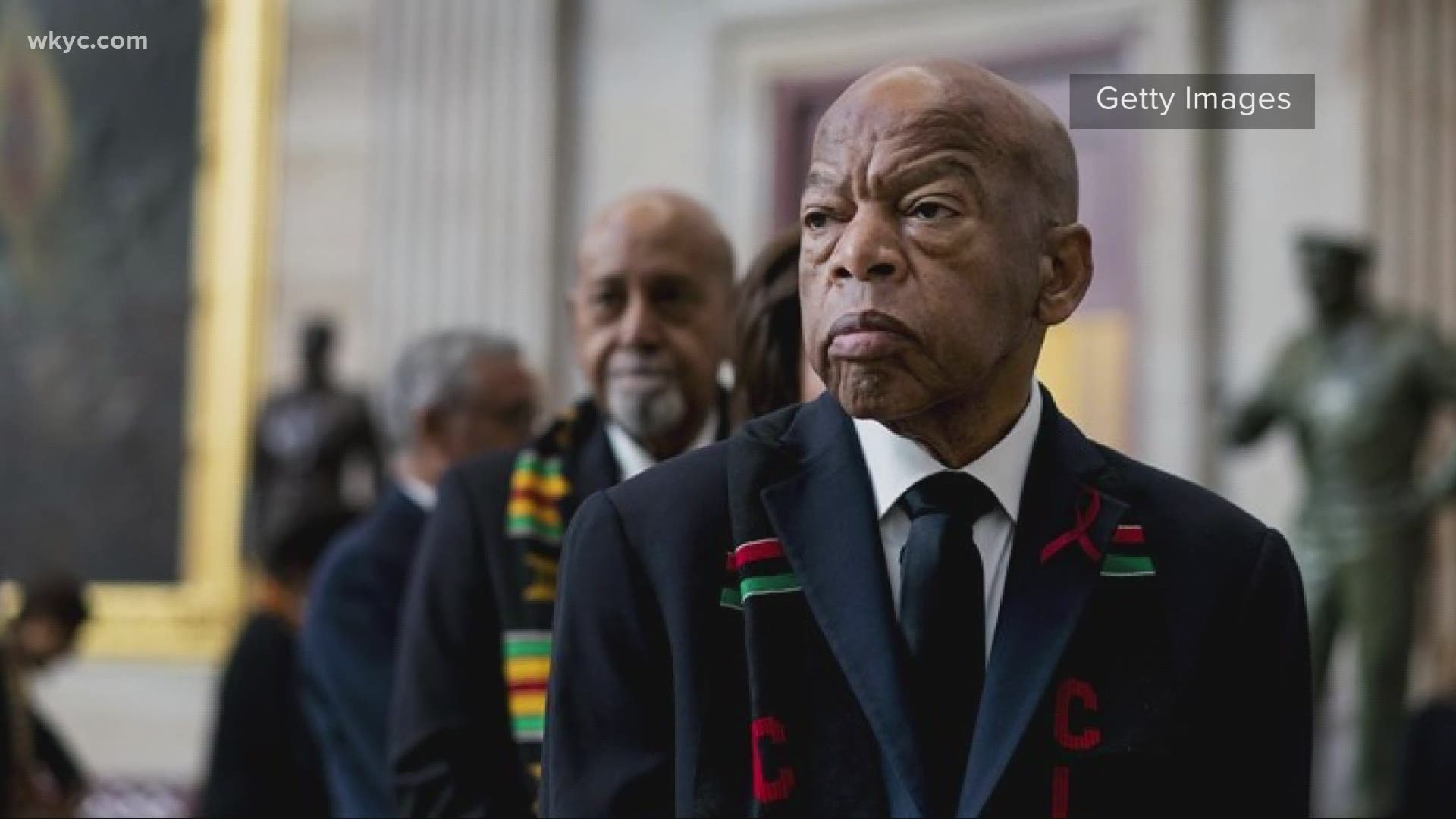 CLEVELAND — As news spread Saturday about the passing of Rep. John Lewis, the civil rights pioneer and 17-term congressman, condolence messages were issued by several local and Ohio political leaders.

In his statement, Cleveland Mayor Frank Jackson saluted Lewis and fellow civil rights leader Rev. Cordy Tindell Vivian, who passed away on Friday. “Rest in power, Rep. John Robert Lewis and Rev. Cordy Tindell ‘C.T.’ Vivian. The lives of countless generations of Americans have been bettered by your commitment to fighting for justice,” said Jackson on Saturday.

Lewis' colleague in the House of Representatives, Rep. Marcia Fudge, added these words as part of a heartfelt statement. “We have lost one of our country’s great moral leaders, a stalwart advocate for freedom and justice, a life-long champion for civil, human and voting rights, ‘the conscience of Congress,’ the man who taught us to get in ‘Good Trouble’ to effect change, my friend and colleague, Congressman John R. Lewis," Fudge wrote.

Cuyahoga County Executive Armond Budish called for 'new heroes' to help continue the work begun by Lewis in his statement.

"His (Lewis) legacy reminds us of the commitment and strength it takes to make real change. I am grateful he lived to see the power of the Black Lives Matter movement sweep the globe," Budish said. "He understood it as a necessary continuation of his work. Now, we must take up John Lewis's mantle and persevere to finally make right these centuries old injustices. New heroes are standing on his strong shoulders. Let us support them and acknowledge them in honor of his life."

U.S. Senator Sherrod Brown called John Lewis "a man of courage, principle and tenacious faith" in his tribute. “John Lewis was our guiding star. He was a freedom fighter and we all must continue his fight. We will honor his legacy by finally tearing down the walls of racial inequality in this country and ensuring that all Americans will have full and equal participation in our democracy.

In Columbus, Governor Mike DeWine called the 80-year-old Lewis "an extraordinary leader, teacher, and role model for us all." DeWine ordered all United States and Ohio flags be flown at half-staff on all public buildings and grounds throughout the state until sunset Saturday evening.

Fran and I were very saddened to learn this morning of the death of our friend Congressman John Lewis. @repjohnlewis changed America.

In 2004, when I was in the U.S. Senate, Congressman Lewis led a small group of lawmakers to Tennessee and Alabama and showed us history. pic.twitter.com/mxAiZ3Geem

On Saturday, 3News' Andrew Horansky spoke with Cleveland Rev. Otis Moss, who was with Lewis for some of the most important moments of the civil rights movement. Rev. Moss remembers the late John Lewis as a brother and soldier, praising his inner strength.

"I see a life of service, suffering, sacrifice," Rev. Moss said. "And to face constantly dangerous circumstances without becoming embittered.