The lawmaker said he was 'tired of living in a dictatorship.' 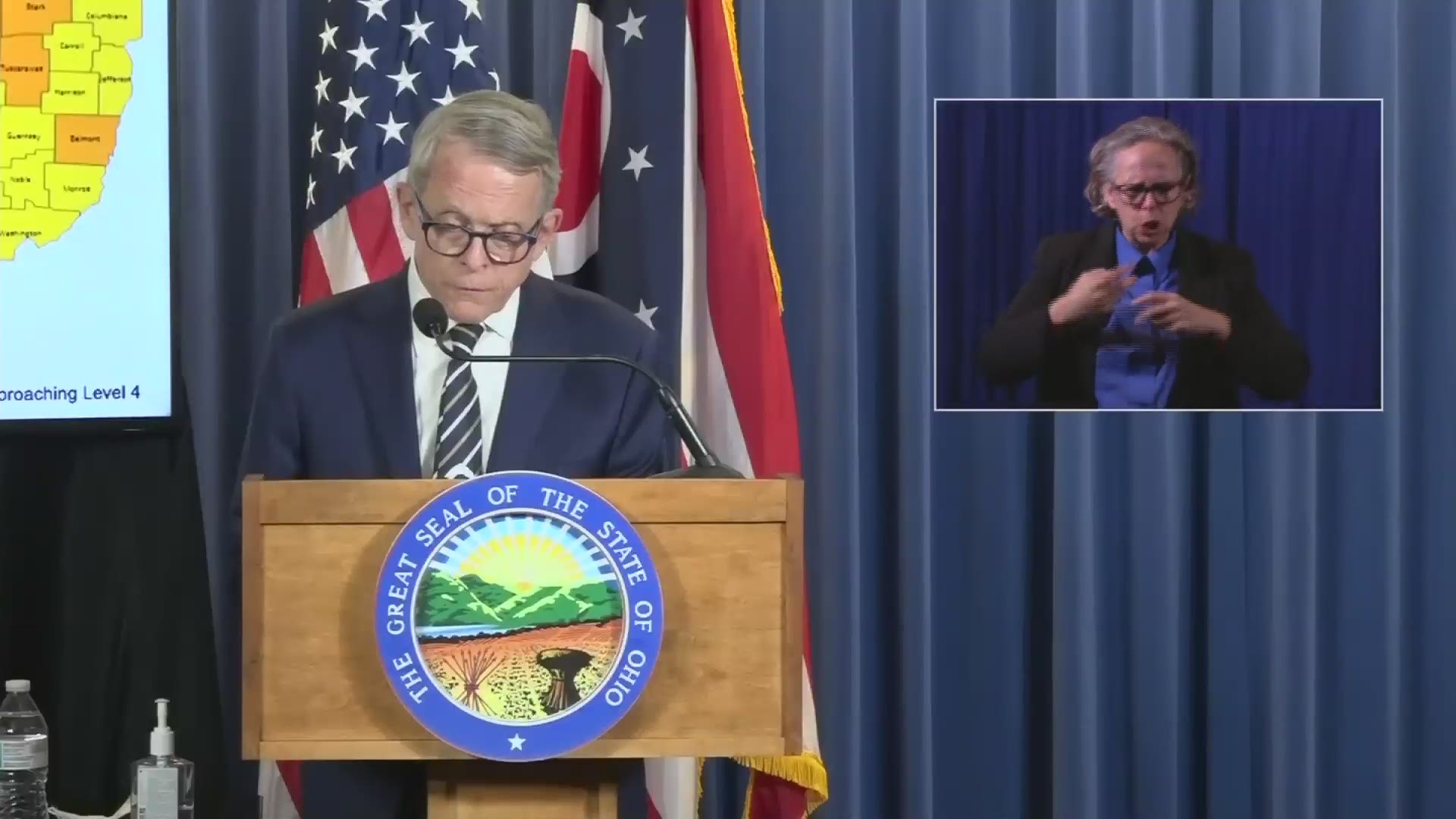 COLUMBUS, Ohio — One of Gov. Mike DeWine's biggest critics in the Ohio General Assembly has made another incendiary claim in regards to the ongoing coronavirus pandemic.

State Rep. Nino Vitale (R-Urbana) took to Facebook on Wednesday after DeWine ordered all residents in seven Ohio counties to wear face masks in public. Vitale has long downplayed the severity of the pandemic, and stated he is "tired of living in a dictatorship" amid the continued health guidelines across the state.

"This is what happens when people go crazy and get tested," Vitale wrote. "STOP GETTING TESTED!"

The stunning request comes amid rising COVID-19 case numbers across the state and the country, with DeWine's latest mandate applying to the counties currently under a "Level 3" (red) health advisory. Hospitalizations have also steadily increased in recent weeks, something Vitale appeared to ignore when he claimed the governor's administration was using the situation as "an excuse to claim something is happening that is not happening at the magnitude they say it is happening."

This is not the first time Vitale has raised eyebrows with his bizarre and sometimes false claims about the coronavirus: He has consistently claimed masks do nothing to mitigate the disease's spread despite overwhelming evidence to the contrary, and stated he would not wear a covering because he believed it would dishonor God. He also frequently attacked Dr. Amy Acton prior to her eventual resignation as health director, calling her an "unelected Globalist" while vowing to fight against her department's orders.

Despite Vitale's remarks, virtually all medical experts agree expanded testing is one of the keys to fighting the pandemic. Ohio's testing capacity has greatly increased in the past month, with more than 20,500 undergoing the procedure on July 3; however, the positivity rate has gone up slightly, and DeWine and others caution the current surge is not only due to more testing.

DeWine has never directly responded to his fellow Republican Vitale's attacks, only once referring to him (perhaps somewhat sarcastically) as "my good friend" during one of his COVID-19 press briefings weeks ago. 3News reached out to the governor's office for comment.

"Testing is an important tool in the fight against the Coronavirus," DeWine's press secretary Dan Tierney responded. "For Ohioans who want to get a test, there are many testing locations on the website at www.coronavirus.ohio.gov."

More than 130,000 Americans have died from the coronavirus, more than any common flu season in the past century. Nearly 3,000 of those deaths have occurred in Ohio.

Vitale, a Cleveland native who graduated from Hudson High School, has represented Ohio's 85th Statehouse district since 2015. He is running unopposed in the upcoming November election.

RELATED: US notifies UN of withdrawal from World Health Organization