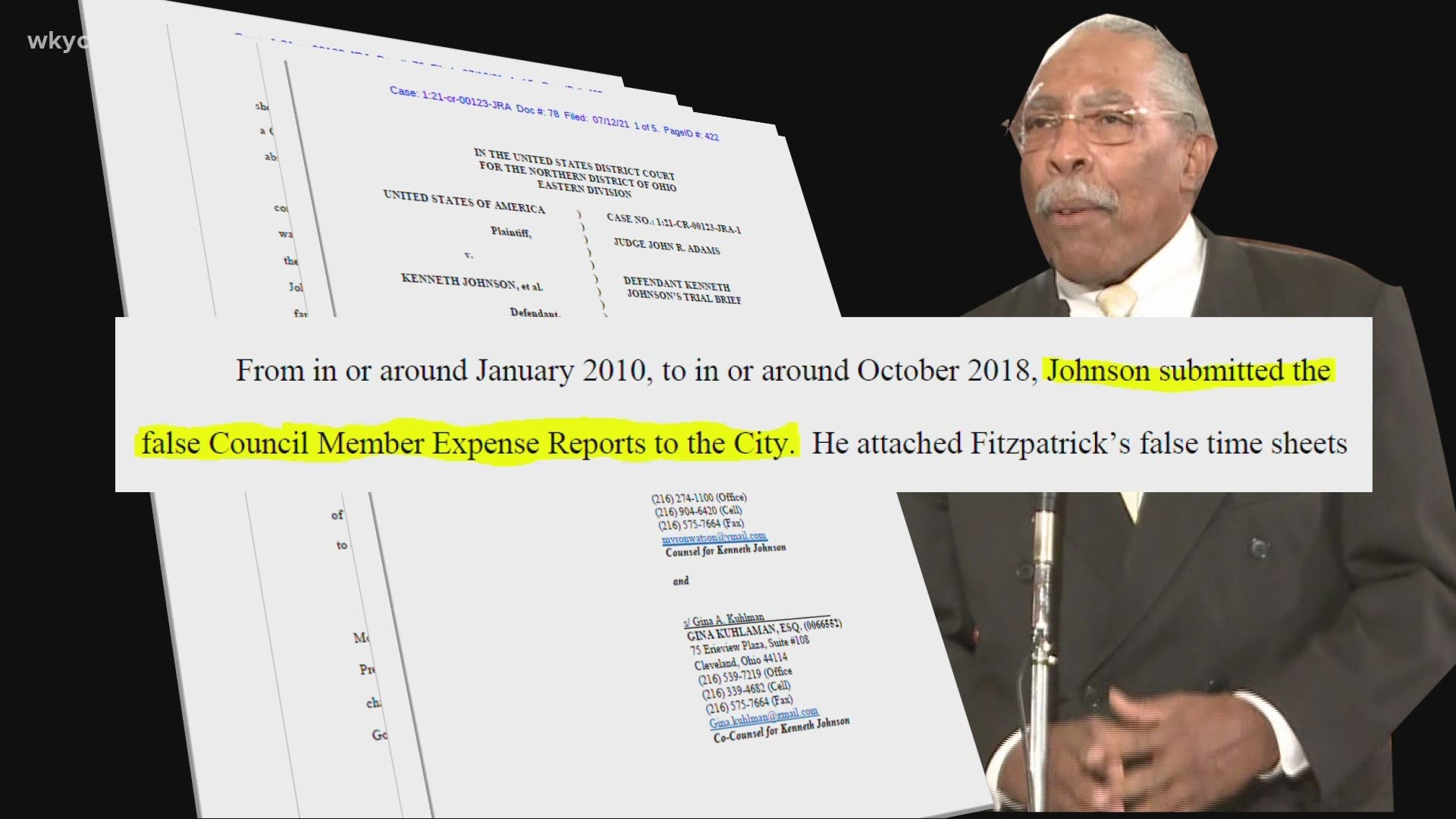 The 75-year-old Johnson, one of the city's longest-serving public officials, is accused of cheating the city out of more than $125,000 through a scheme involving submitting false expenses for reimbursement. Federal prosecutors also say Johnson steered federal grant money through a nonprofit to people close to him, including his son.

The charges reflect reporting by 3News' Mark Naymik, who wrote a series of columns in 2018 and 2019 for cleveland.com about Johnson's expense account and ties to the Buckeye Shaker Square Development Corp., a now-defunct nonprofit tasked with revitalizing neighborhoods in Johnson's ward. Johnson directed federal money to the group. The head of the nonprofit, John Hopkins, has pleaded guilty to federal charges and is expected testify against Johnson.

The articles also revealed, among other things, that a longtime city employee named Robert Fitzpatrick had close ties to Johnson and signed timesheets each month as documentation for work he said he performed for Johnson. The councilman used the receipts to claim $1,200 of reimbursement — the maximum allowed by council — each month for more than 10 years. Council began rejecting Johnson’s receipts after the articles detailed the practice and Fitzpatrick's relationship to Johnson.

Elected in 1980, Johnson earned a reputation for cleaning up vacant lots and improving parks and recreation services for children. He frequently worked out of the rec center named after him, and his work and close ties to the Buckeye Shaker group largely went unquestioned, even after stories raised red flags about the group's poor performance and links to the councilman.

Johnson's longtime aide, Garnell Jamison, is also on trial and is accused of helping Johnson cheat taxpayers. Johnson's lawyers say in court papers the councilman's expenses were well documented and always approved by the city. His defense is also expected to portray him as a victim of political attacks and biased media.

Prosecutors argue Johnson's receipts were phony and he orchestrated the crimes, plain and simple. The trial could last at least two weeks and the jury could hear from top Cleveland officials, including Mayor Frank G. Jackson.

After being indicted in February, Johnson refused to step down, but a special panel appointed by the Ohio Supreme Court later suspended him at the request of Ohio Attorney General Dave Yost. He is no longer a participating member of the body, but keeps the title and keeps collecting his nearly $90,000 annual salary.

Johnson is seeking re-election and has qualified for the September primary ballot. Ten candidates are running against him.