'Ohioans are working harder than ever, they’re doing everything right and they’re still falling behind.' 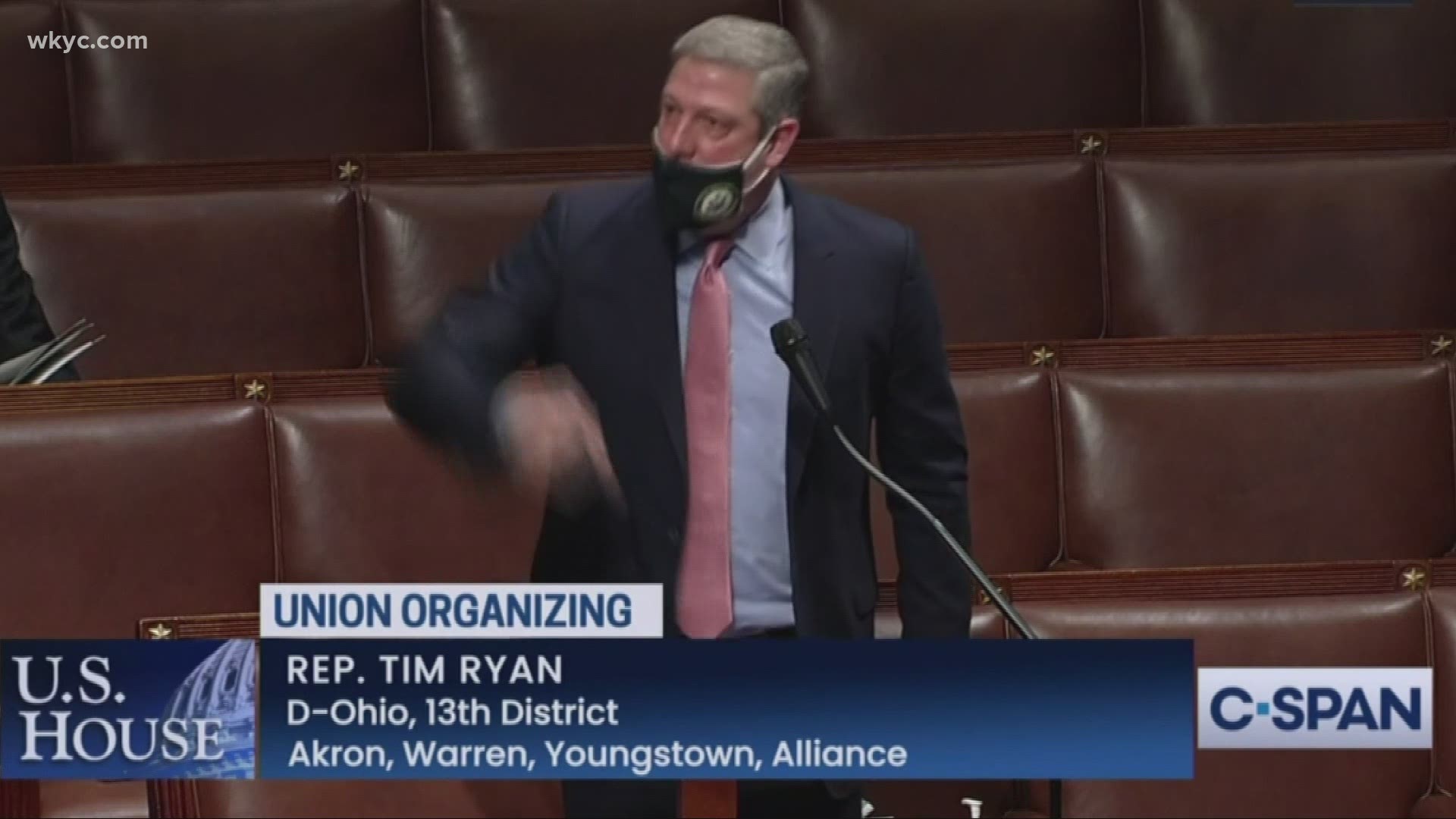 Known for fiery floor speeches and short-lived campaigns for other offices, including the White House, the 10-term congressman launched his bid with a message aimed at those in the Mahoning Valley and beyond.

He’s the only Democrat in the race at the moment, though others have expressed interest.

All of them, staying close former president Donald Trump’s agenda.

“I’m going to Washington to stand up for the Trump American first agenda,” Mandell told 3News earlier this year.

“Well, they can stand with whosever agenda they want to," Ryan said.  "I'm going to be standing with the workers agenda, and that means making sure their kids have good schools, they have affordable health care because health care is too expensive. And we're going to invest into the future. We're going to dominate these industries of the future here in Ohio. And that means making these big investments into our workers.”

The worker message is one that Trump used to flip blue-collar areas, including the Mahoning Valley in 2020, a fact not lost on Ryan.

“It can’t be businesses vs. workers,” Ryan said in his campaign video, which you can watch in the player below. “This is a partnership, but that partnership needs to be redefined. We have to cut workers in on the deal. I’ll work with anyone to rebuild our economy, but I will never sell out our workers.”

I'm running for U.S. Senate to fight like hell to cut workers in on the deal. pic.twitter.com/O1hkLdS1up

Ryan will begin his “Workers First Tour” on Tuesday to hear from workers throughout the state about the challenges they’re facing. It begins with a virtual roundtable conversation featuring nurses and health care workers in Cuyahoga County.

“The success of America isn’t housed in the halls of Congress, it lies in the calloused hands and the unrelenting grit of America’s workers. Those who dug the deepest, sent our nation soaring."

Editor's note: Video in the player above was originally published on Jan. 26, 2021.