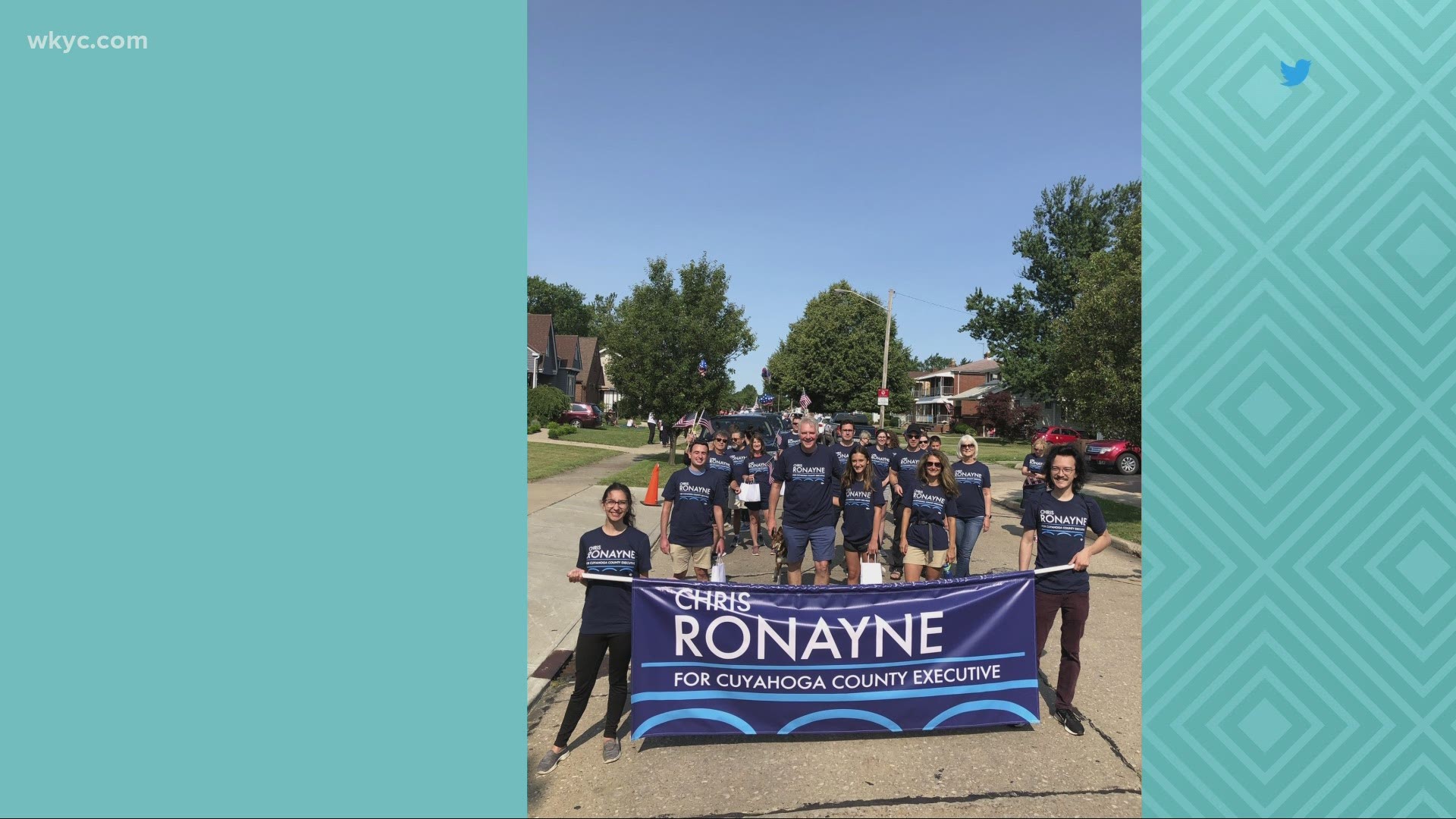 CLEVELAND — The long-time president of one of Cleveland's most prominent neighborhoods made big-time news over the fourth of July weekend.

On Saturday, Chris Ronayne posted a series of photos to Twitter, showing himself among family and friends, sporting "Chris Ronayne for Cuyahoga County Executive" shirts, while attending an Independence Day parade in Parma.

This is being considered a clear signal that Ronayne is running for the spot, along with a newly-posted campaign website.

Since 2005, Ronayne has been the President of University Circle Inc., the nonprofit that leads community development, education and safety efforts in Ohioʼs fourth-largest job hub.

Ronayne has had a long career in public service, serving as the Planning Director and Chief Development Officer for the City of Cleveland in 2002, and he currently sits on the boards of Destination Cleveland, Port of Cleveland, Notre Dame College and Canalway Partners.

He is married to Natalie Ronayne, Chief Development Officer for the Cleveland Metroparks. They live in Clevelandʼs Edgewater neighborhood with their two children, Audrey and Joe.