In an ad discussing stopping the flow of illegal immigrants into the U.S., video used by a House candidate is from an Italian TV network. 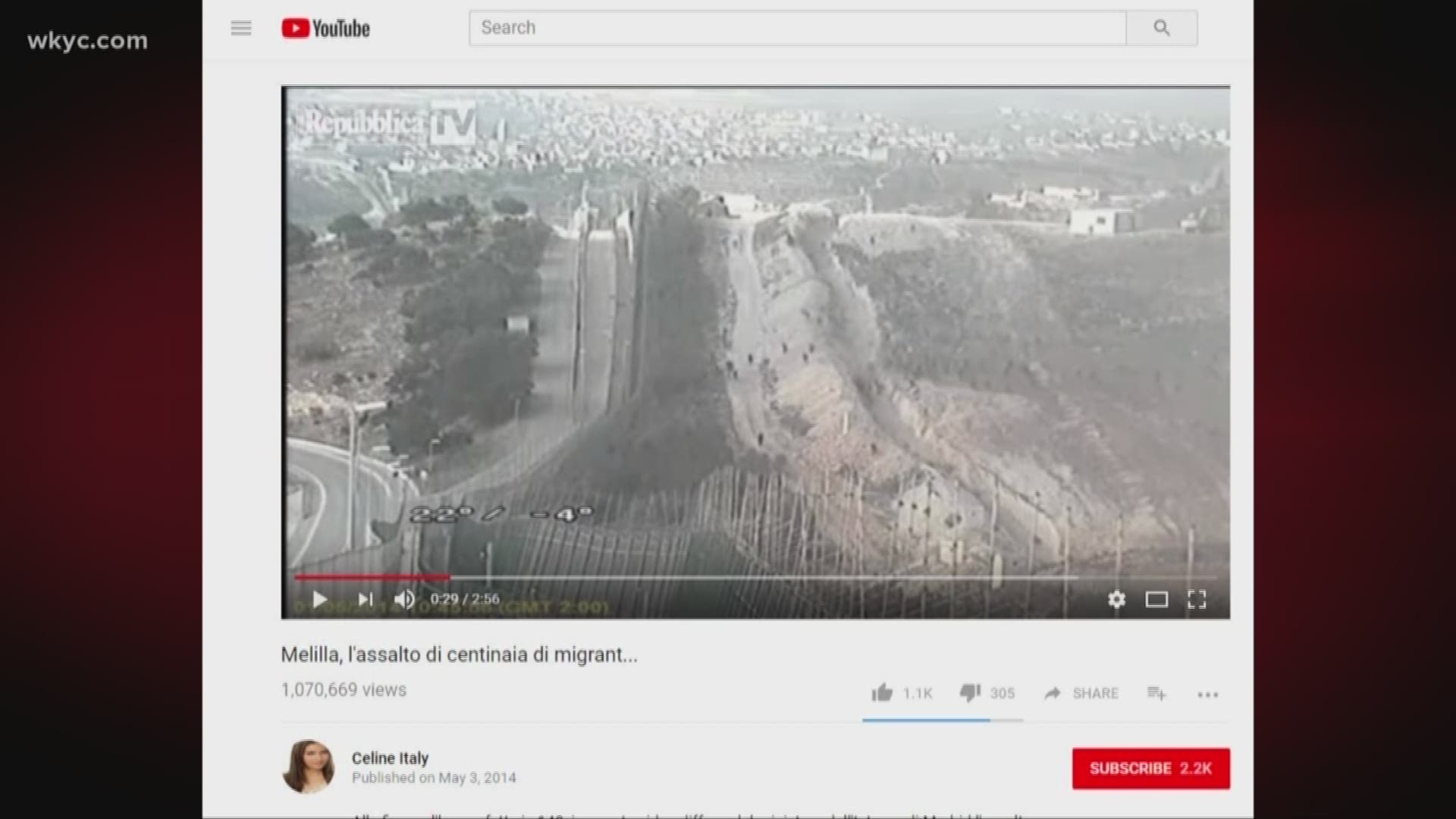 Congressman Jim Renacci is running for Senate, which leaves open his House seat.

One person running for that seat is using video that has caught the attention of the fact-checking website Snopes.

There are two kinds of Republicans running in 2018. Those running away from President Trump and those running toward him.

Christina Hagan is running toward him and running an ad with a clip used by the Trump campaign that Snopes calls "False." But her team continues to run it.

But in part of the ad that talks about Hagan fighting to secure the borders by stopping the flow of illegal immigrants into the U.S., the video shown is not illegals entering this country. You'll see it below around the :10 second mark.

It's the same video we found on YouTube from 2013 from an Italian TV network. It shows Moroccan immigrants crossing into Spain.

You may remember this video made news in 2016 when President Trump used it. While he was criticized by some, his team defended it.

Just as a spokesman for Hagan does today: "The expectation in the media that we can't talk about our own border security by showing another border that is porous is unreasonable. It would be as if we were showing a video of terrorism from another country to show what could happen here. That is what is going to happen to southern border if we don't take steps to secure it," said Harlan Hill in a statement to WKYC.

We asked, wouldn't it be more transparent and honest to at least say this is Morocco not Mexico?

Hill responded: "That is open to interpretation. We did it. We'd do it again."

As the candidate uses the Trump model of running on immigration and jobs and bashing Democrats, running controversial ads that get free airtime on local news may also be part of a larger play.

Because while she is getting flack by some for running the ad, her name and her campaign are getting plenty of airtime.