Some people would like the statue taken down because they see it as a symbol of white supremacy, and Black oppression. 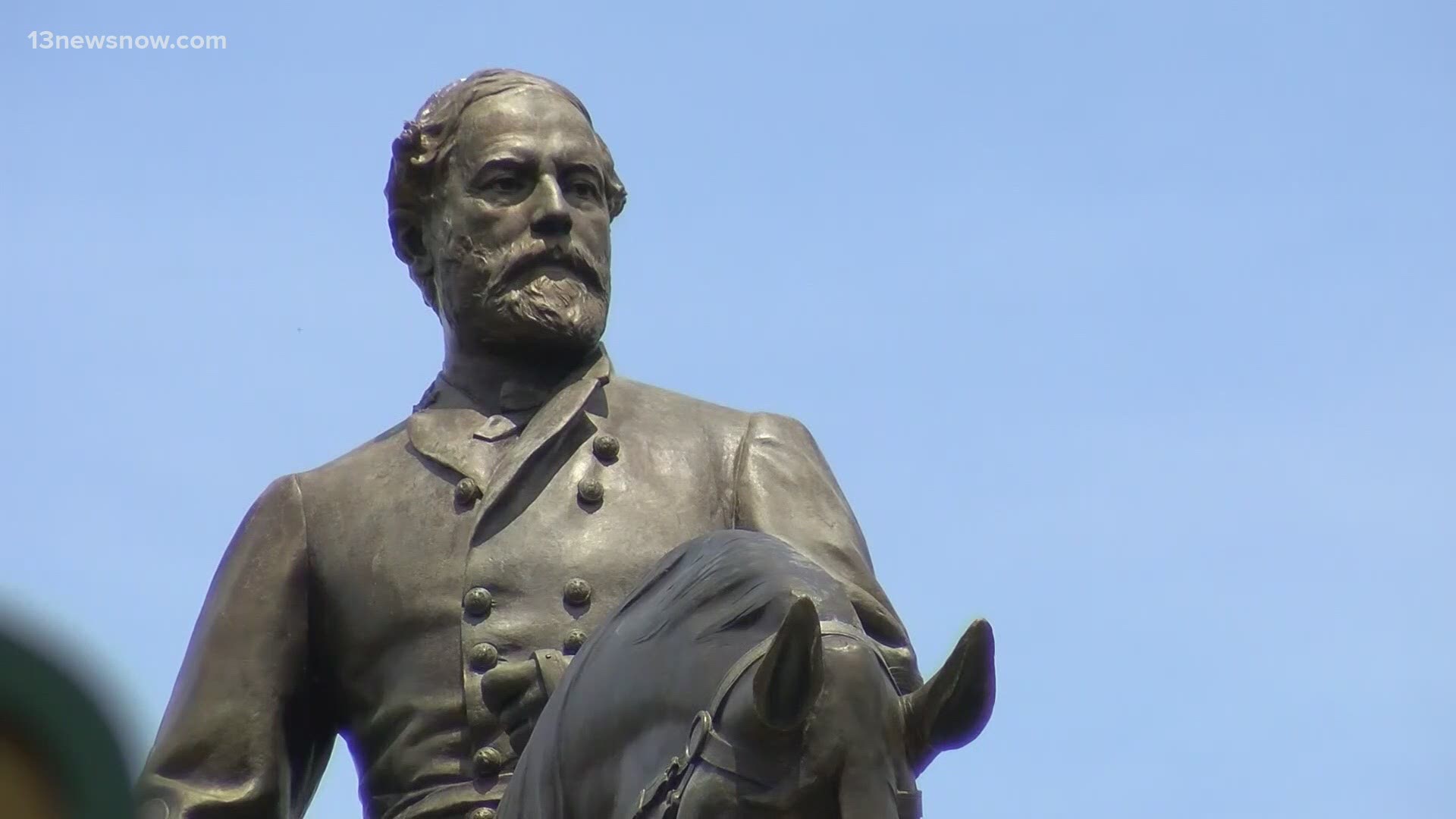 RICHMOND, Va. — The Supreme Court of Virginia has heard arguments on whether the state has the right to take down a 131-year-old statue of Confederate Gen. Robert E. Lee in the state capital.

The court is considering two lawsuits that challenge Gov. Ralph Northam’s plan to remove the enormous bronze equestrian statue of Lee from a traffic circle on Richmond’s Monument Avenue.

The once-celebrated monument is now widely seen as a symbol of white supremacy and Black oppression.

The central issue to be decided by the Supreme Court is whether the state is legally bound by a state decision in 1889 to accept ownership of the statue and agree to “affectionately protect” it as a monument to Lee.