What exactly does impeachment mean with so little time left in President Trump's administration?

Local experts weigh in on the formality and likelihood of an impeachment conviction with less than 2 weeks remaining in President Trump's administration. 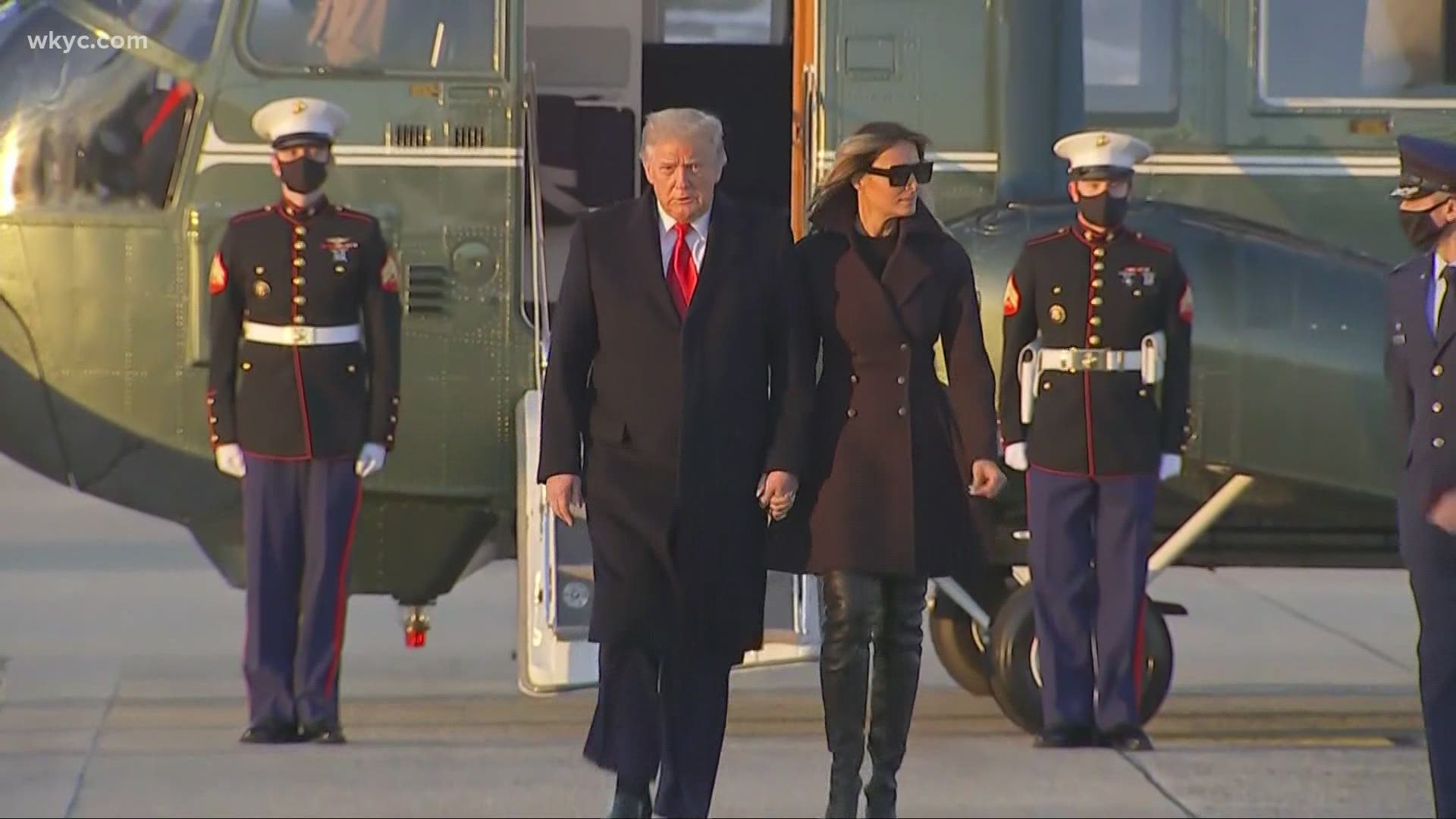 CLEVELAND — Once again, Democrats in the U.S. House of Representatives have introduced articles of impeachment against President Trump. This time, they’re charging the president with “incitement of insurrection” in urging his supporters to march on the U.S. Capitol last week. So, what does a second round of impeachment mean for the president and U.S. politics moving forward?

It’s never happened before and with less than 2 weeks left in Mr. Trump’s administration, what exactly does that mean?

“Those who favor impeachment are not doing it really to remove President Trump from office, because he will be removed from office anyway,” says Lee Fisher, the Dean of the Marshall School of Law at Cleveland State University.

Experts in political science and constitutional law say that contrary to memes and internet shares, if President Trump is impeached again and convicted, that doesn’t exclude him from running for office again. That would require Congress to hold an additional vote to stipulate that.

“You need the Senate to reconvene for a simple majority vote, on top of the removal vote, which would allow him to be banned from office,” says Christopher Banks, professor of political science at Kent State University.

Other rumors and hearsay circulating say that Mr. Trump could lose his pension or Secret Service detail via impeachment. Again, some of it could happen, but it needs context.

“Under the Former President’s Act, a president is entitled to an office, a staff, a pension and lifetime protection from the Secret Service,” says Fisher. “It’s all funded by the taxpayers once he leaves office. However, if President Trump were to be impeached and convicted, he would not get any of those perks except for one. He’d still be entitled to Secret Service protection for life.”

No matter the potential consequences, all three say impeachment and conviction is a long shot, and it certainly isn't likely before January 20th. However, those introducing it are more concerned with symbolism.

Buchler says, “A lot of this is having a formal determination that what Donald Trump did finally crossed the line.”

“The sole motivation of anyone in office, is to be reelected,” says Banks.