The project would take place on roughly an acre of city-owned land at North Coast Harbor between both buildings. 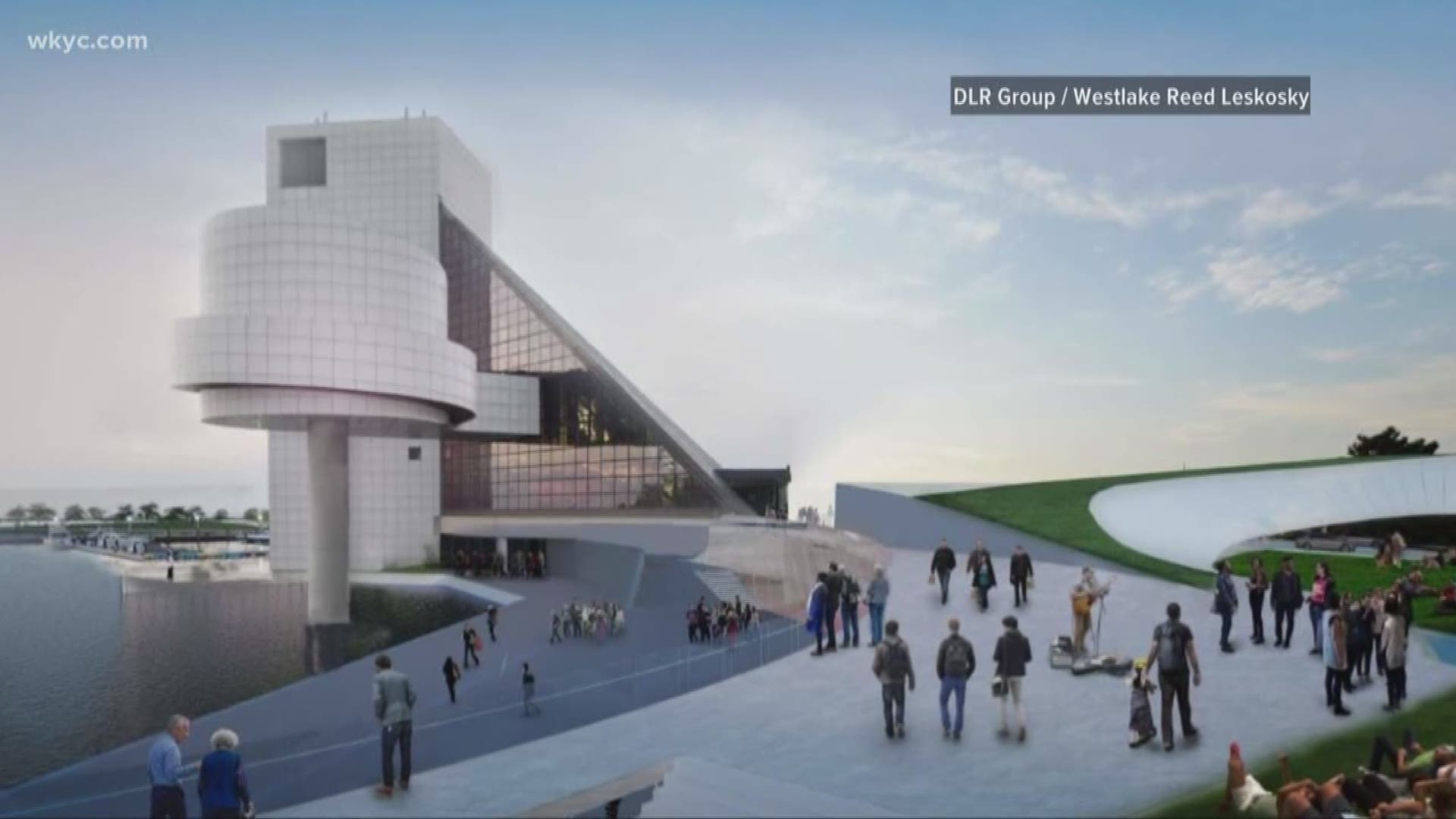 Officials have confirmed to WKYC the Rock and Roll Hall of Fame is planning an expansion that would link the building to the nearby Great Lakes Science Center, and the proposal is already making its way through the proper channels.

The project would take place on roughly an acre of city-owned land at North Coast Harbor between both buildings. The city planning commission has already approved an agreement to extend its land lease to include that land, and the City Council is expected to take up the issue later this month.

Aside from an indoor walkway between both museums, the expansion will also include more space for exhibits and classrooms. Rock Hall CEO Greg Harris says the education space will allow for better interaction with the roughly 50,000 school children who come to the complex each year, including about 20,000 in the classroom programs.

"We [currently] do all of that from one room on the fourth floor of our building," Harris told WKYC. "By having additional space, we'll be able to serve more schools and more students."

Harris also says the walkway will make it easier for visitors to get to the Rock Hall from the Science Center's parking garage (especially during the winter time), but also emphasized the enduring bond between the two museums.

"We're both cultural institutions," he said. "By conjoining the buildings, guests can go between the two museums easily, we can do joint activities and joint programs, and we're very excited to be able to explore other opportunities to work together."

Science Center CEO Kirsten Ellenbogen says the two facilities have been seeking to connect ever since both opened in the mid-1990s, but it only became feasible due to the increased popularity of the Rock Hall, which has seen attendance steadily grow in recent years.

"Now that they've maximized use of the space at their existing building, the time is right to do the expansion," she said.

Local real estate developer Dick Pace had originally planned to build a hotel on the same space, but Harris says he has decided to relinquish those plans in order for the connection to take place. Additionally, while a dollar amount has not yet been specified, the vast majority of (if not all) funding for the new plan will come from private donations, rather than taxpayer money.

"It will not only benefit the public and interaction for the public between our two museums, but also it will help us realize interconnections behind the scenes operationally and other interconnections that will be very powerful for our organizations," Ellenbogen stated.

It is unknown exactly when construction would begin, although officials say the completed project would be about 50,000 square feet.