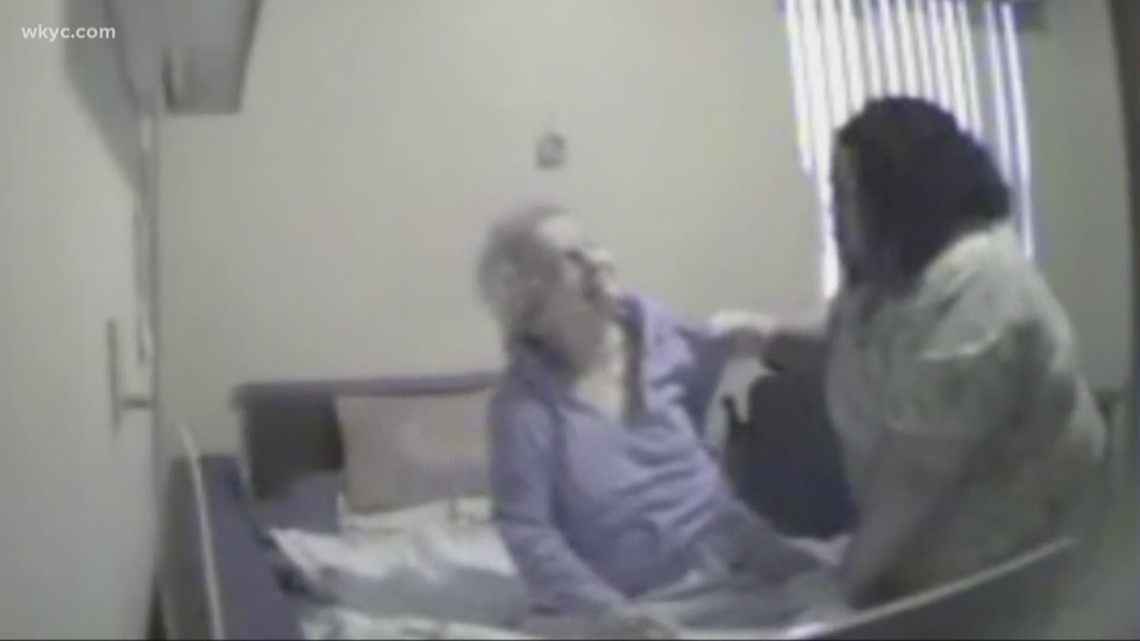 She was his mother, after all.

"It was devastating,” he said. “Even to this day, my family can't look at the video."

Seeing his frail mother’s body flung into bed. Her face poked with a disrespecting finger.

Assaulted by health professionals Piskor trusted. “Every time I look at them, I get more mad,” he said.

“Them” represent the video images Piskor captured in 2011, when he placed a hidden camera in his mother’s room inside a nursing home run by MetroHealth Medical Center.

He placed them there on a hunch. The unexplained bruises. Her quiet moods.

“I began seeing changes in my mom,” he recalled. “By then, I knew something was happening…When I put the camera on, I found abuse in the first two days. But I didn’t know how it was going to be handled.”

The video sent shockwaves through the community. Two aides were indicted and later jailed. Three were fired, and three others were disciplined.

His mother, Esther “Mitzi” Piskor, died last year at the age of 85. Her son is intent on ensuring her legacy lives on, and that the trauma she endured is not forgotten, or allowed to be repeated.

"Yes, I definitely think it's time to pass the law."

He’s talking about “Esther’s Law,” a proposal in the process of being crafted into a bill by state Sen. Nickie Antonio, D-Lakewood. While no formal bill has yet been crafted, Antontio says the heart of the proposal would allow families to place a camera in a loved one’s nursing home room.

"Anybody's that's walked the path with their own parents as they age understand the need for special protection as people get older," Antonio said. “Not only is it important today, it's going to be important tomorrow.”

Ten states now have laws dealing with cameras. Antonio believes Ohio should be modeled after the law recently enacted in Illinois.

It would require that cameras not be hidden. A sign would be posted outside the room alerting everyone that a camera is in use. A consent form would allow for the cameras to be turned off for various reasons, such as bathing or visits from doctors or clergy.

There are also provisions on roommates and their privacy.

“We want them to age with dignity, want them to be taken care of safely and appropriately and I think this will help,” Antonio said.

A similar effort in 2013 never gained enough support and the legislation fizzled.

The Ohio Health Care Association, an association of nursing homes and assisted living facilities in the state, raised some concerns on how the placement of cameras would blend with existing privacy laws. A spokesman told Channel 3 News that those same concerns should be addressed in any new proposal.

To Steve Piskor, he’s aware of privacy concerns and he believes that the success of similar laws in other states is proof tjhat “Esther’s Law” is viable. And necessary, especially as Ohio’s population continues to grow older.

He said he wants “Esther’s Law” to be a symbol for change.

"Because every time that camera goes into a nursing home, that nursing home is going to know that it was...because they abused my mother.”