88 Counties in 88 Days: Medina County looks to Friday night lights for relief amid the pandemic

Located between Akron and Cleveland, Medina is one of the state’s fastest growing counties. 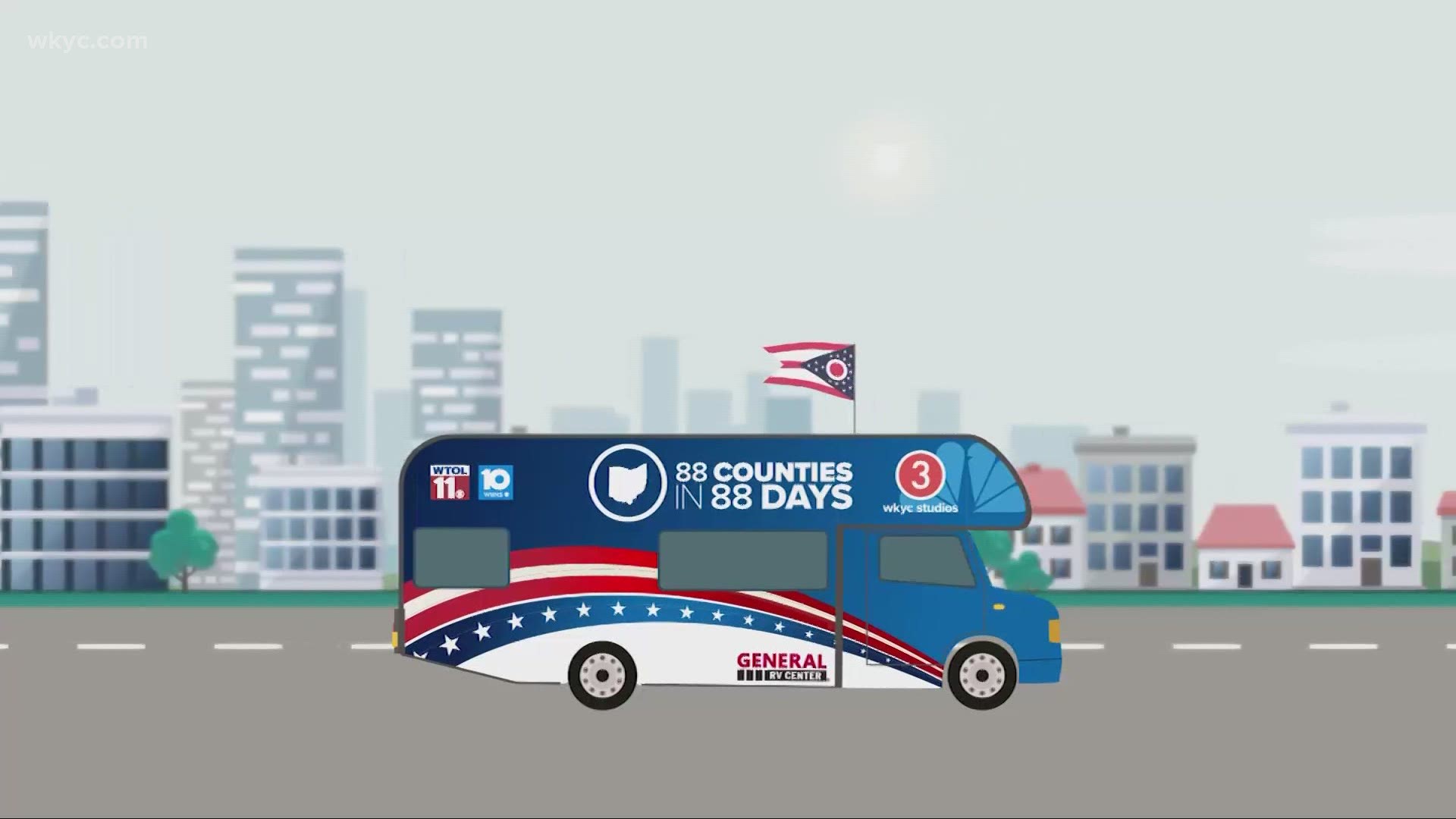 MEDINA, Ohio — This content is part of our 88 Counties in 88 Days coverage, which focuses on the current issues Ohioans are facing in this election year.

Tucked between Akron and Cleveland, Medina County, with its rural and suburban landscapes, is attracting people from the surrounding urban centers.

Medina County is now one the state’s fastest growing as its population hovers around 178,000.

The city of Medina, the county seat, is one of its main drivers, thanks to acres of new developments and a high-quality school district with top amenities, including a 7,000-seat stadium.

That’s where the Medina Bees opened its season last weekend against the perennial powerhouse, the Mentor Cardinals.

“Medina County football is pretty special,” Todd Hodkey, Media High School’s athletic director, said. “We have seven schools in our county, ranging from Division 1, the big school, all the way down to small division school like Black River. Football is big, as well other sports. But Friday night lights is a special thing. As a for coach and player um -- you can’t put it into words unless you have experienced it.”

Just as much as the community needs football, so do the student athletes.

“I think it is important to get these kids back to some sense of normalcy,” Larry Laird, Medina High School’s head football coach, said. “The biggest thing I saw back in the summer is that they needed to be around each other. You can tell that they missed each other.”

Medina County offers a rich legacy of fairs and festivals, none better known that Hinckley’s Buzzard Day. But restrictions and concerns related to the pandemic has forced many cancellations.

On Friday nights, residents of Medina, Wadsworth and Brunswick, as well the county’s smaller communities, can still find football.

“It’s not just our community,” Laird said. “It’s communities, especially across the Midwest, especially Ohio. We are a football-hungry state. I think that it’s very important that we go out and represent our community and, unfortunately, not all the community can come like they usually do.”

The pandemic has forced limitations on crowds sizes.

“We usually hold 7,000,” Hodkey explained. “That’s our normal capacity. So about 15 percent comes up to 1,050, and we are going to be able to allow Mentor fans to have about 400 tickets. That’s basically four tickets per family for 100 participants. On our end, we are able to hold 600 and both sets ostands are safely social distanced six feet apart. That’s four people per pod. The 600 tickets that we can safely seat on our side have been divided among football families, cheerleading families and band families.”

For some, Friday night lights will be less fun.

“There won’t be as much celebration,” Hodkey said. “Sometimes our fans in the student section – the swarm – storm the field after a big win. There will unfortunately be none of that.”