There's nothing better to do on a Sunday than catch the game and grab a beer. 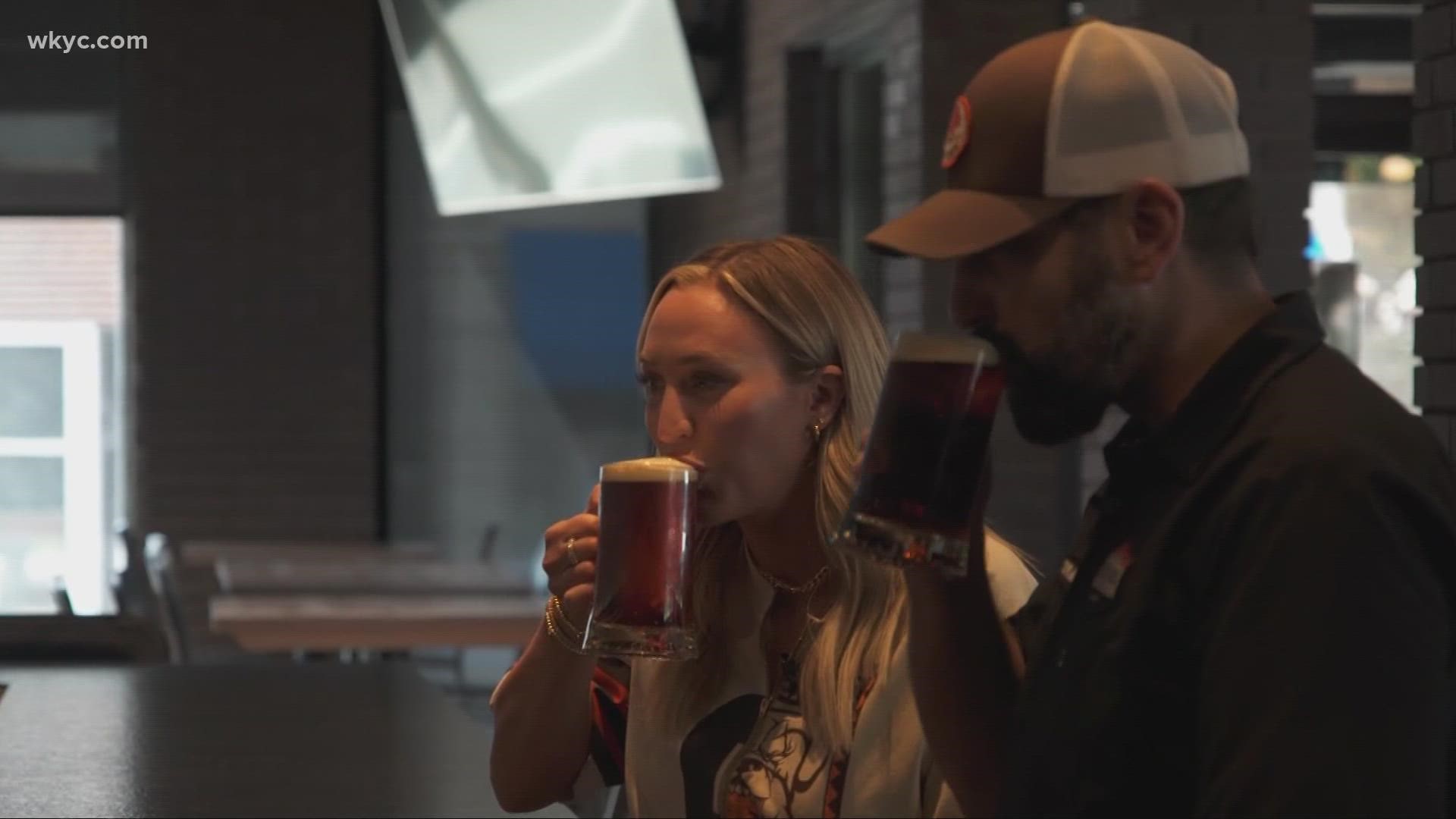 CLEVELAND HEIGHTS, Ohio — Fall is on the way, with cooler temperatures, the leaves changing and the return of football!

What better way to catch a game than heading out to one of Northeast Ohio's awesome breweries to grab a cold one, some great food and watch our Browns take the field?

3News Contributor Emily Mayfield decided we should do just that, so she headed out to two of the region's many breweries to see what they had to offer.

Boss Dog also boasts a full menu, including the Baker Burger, a beef patty topped with cheddar cheese, bacon and jalapeno peppers, among other things. And yes, it's named after Browns quarterback Baker Mayfield; he once said in an interview it's his favorite burger, and Emily says they nailed it!

From Cleveland Heights down to the Rubber City, Emily then traveled to Akron to check out Akronym Brewing located on East Market Street in the heart of downtown. Joey Greising is the general manager there, and he and Emily spoke about what Akronym offers on game day. That includes yoga before the game and a game day brunch that features special dishes, including stuffed French toast, a chorizo and potato burrito, salads and more.

Their featured beer on tap that Emily got to taste was Das Pumpkin, a pumpkin ale. On draft, it can be served with a brown sugar and cinnamon rim.

EDITOR'S NOTE: The video in the player below is from a previous segment: