3News Contributor Emily Mayfield is checking out the oldest restaurant and one of the newest in Cleveland's Little Italy. 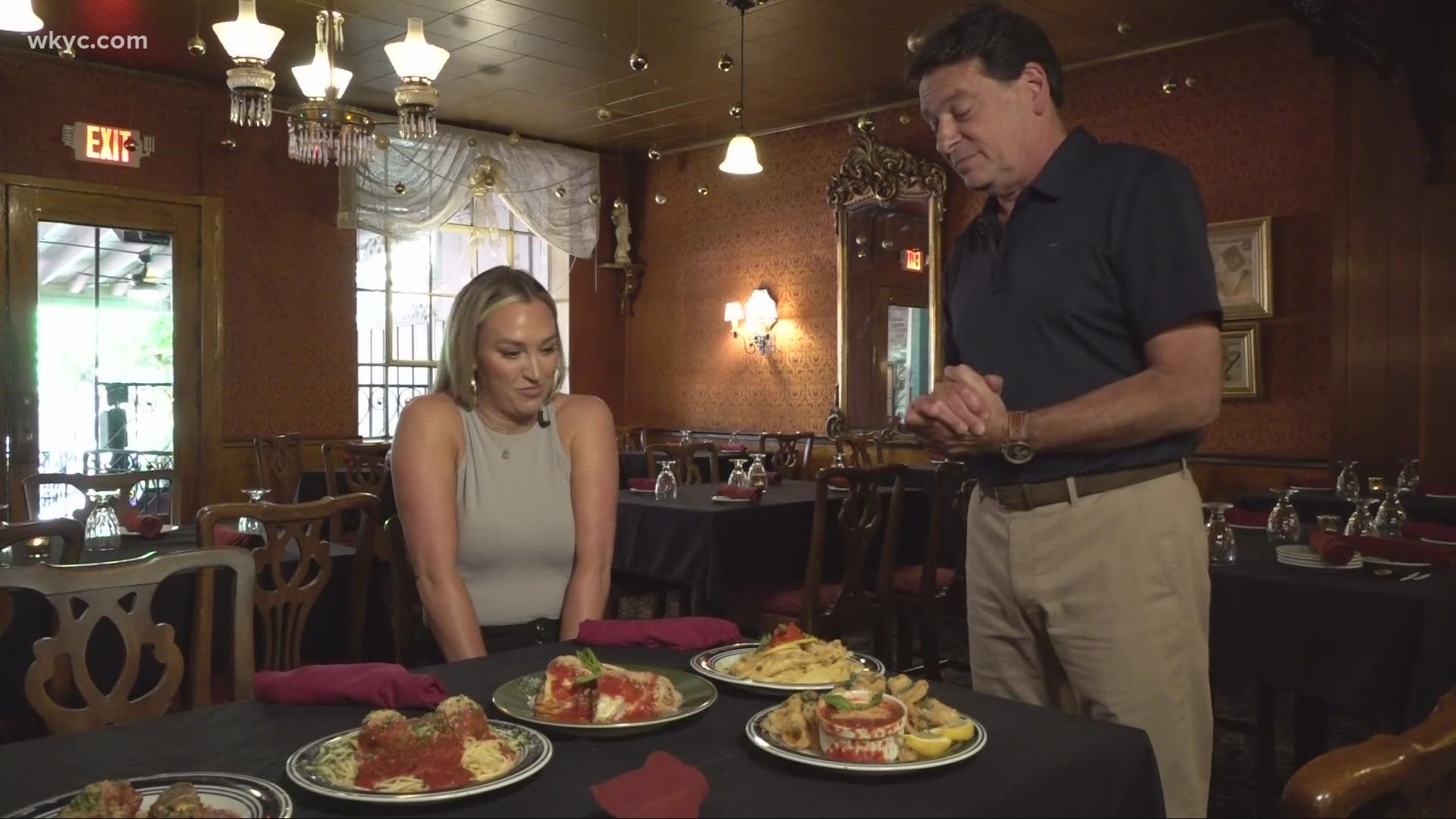 CLEVELAND — The Little Italy neighborhood is a staple in Cleveland, and has been for quite some time. But Emily Mayfield had not had a chance to explore it, so she decided to head to the oldest restaurant and one of the newest in Little Italy to see what great things the neighborhood has to offer.

"We've survived two pandemics and two world wars to get where we're at today," said Scott Phillips, owner of Guarino's. "And we've carried it over the 100 year mark.

"We've become the place that everybody wants to go to because we're the ones with all the history," Phillips said of Guarino's.

Guarino's features a bar, a traditional dining area, a spacious patio and even an event space that seats up to 40 guests.

The menu is very traditional, with Italian staples such as spaghetti and meatballs, chicken piccata and, what they're known best for -- lasagna. Guarino's has been using the same lasagna recipe for at least the past 60 years.

Next, Emily headed to Nora, one of the newest restaurants in the Little Italy neighborhood. Nora has been open for six years, and features a menu that changes with the seasons.

"We change our menu four times a year," said Chef Patrick Kenny. "With Italy, it's such a big country, the weather changes and the food changes for the area. So we found that northern Italy is better for hardier, colder months, while southern Italy's better for spring, summer, you know, the lighter fare."

And the ambiance is key to a great experience as well.

"We try to focus on the beautiful lighting, keeping it very romantic. We try to make it like, when you come in, you're going to get one of the best meals that you can have," said Kenny.

EDITOR'S NOTE: The video in the player below is from a previous edition of Emily Explores the Land.