How a 6th grader's interview with LeBron James led to the creation of her own business. 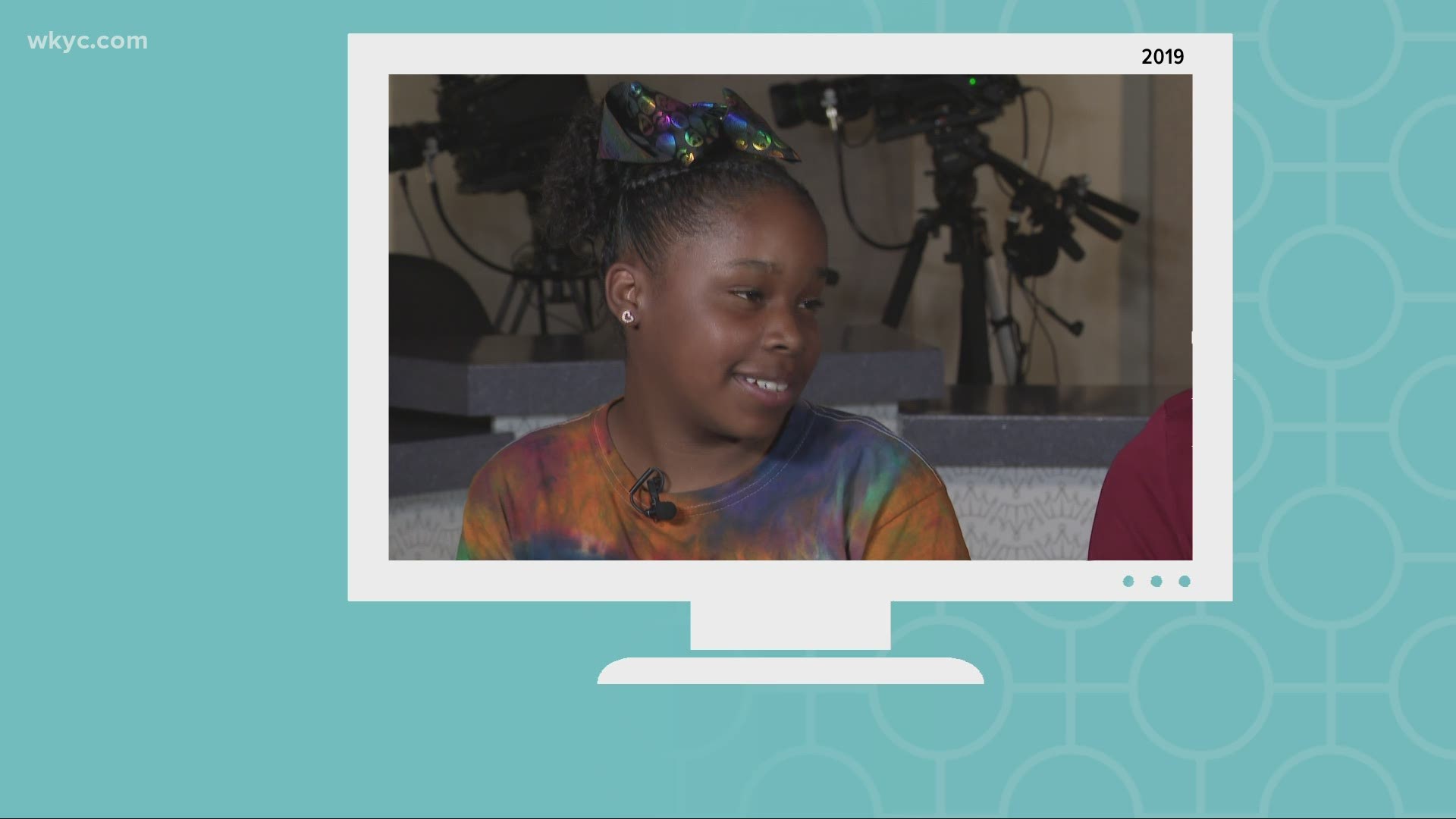 AKRON, Ohio — Another kid from Akron is well on their way!

Erialle Turner may seem like your average sixth grader, but she's also a business owner. It all began back in August of 2019 when Turner, who attends the IPROMISE school, was afforded the opportunity to interview Los Angeles Lakers star and founder of the IPROMISE School, LeBron James.

During the interview, Erialle wore a custom tie-dye "We are Family" shirt, that she created herself. Little did she know it would later become the boost she needed to launch her business, Erialle Creations LLC.

When her teachers, Ms. Arnett and Ms. Whorton, found out she was the artist behind the t-shirt, they then asked her to create designs for them as well. With her teachers sporting her latest designs at work, other members of the IPROMISE staff began request items of their own. That's when Turner's teachers explained," that she should be the spokesperson for her product, advocate for herself and take ownership of the designs she's created," a tweet from the school explains.

Armed with knowledge and support, Turner continued to take orders, building her reputation and learning more about the business including branding and marketing.

With nearly 50 shirts sold to students and staff, Turner's business was thriving, but then the pandemic hit. Walmart, a partner of the IPROMISE School, noticed a social media post promoting Turner and her business and wanted to help.

During a car-parade, Tuner was surprised with "boxes of shirts, paint, cricut products, and anything you could think of to make the best tie-dye shirts possible," the school reports.

Dream turned reality. 🌟 An interview with @KingJames that sparked the birth of a business for one of our @IPROMISESchool 6th graders. This is the story of Erialle’s Creations. Swipe to read! ➡️