Ten years ago, LeBron James and his foundation set out to help Akron students graduate from high school. Now, the first class of "I Promise" students are graduating. 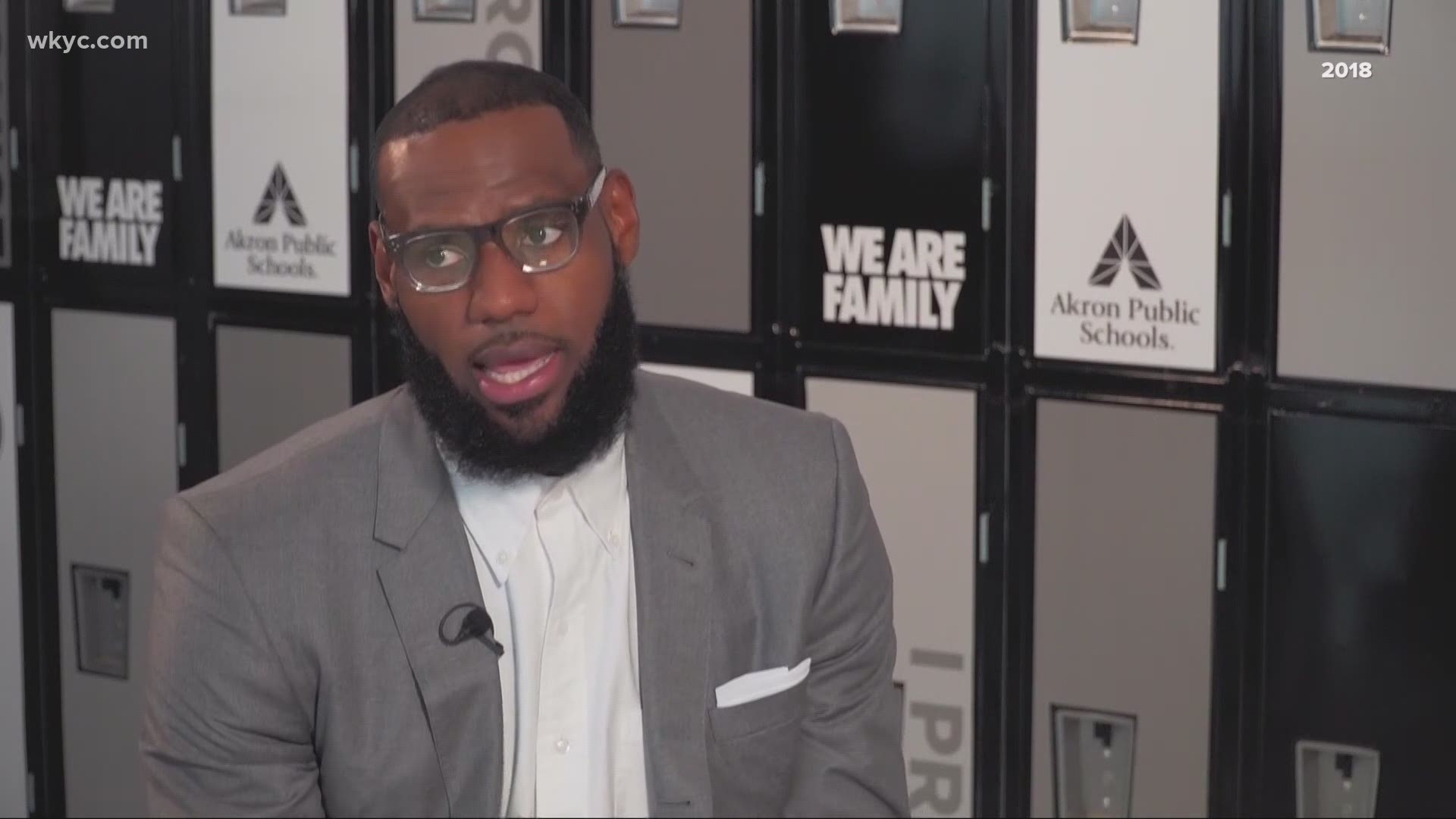 AKRON, Ohio — A decade ago, the first class of students joined what is now known as the "I Promise" Program, created by LeBron James and his foundation.

In 2011, about 24 percent of students in the Akron Public School District did not graduate on time. That statistic, along with James' own experience as a young student, pushed him and his foundation to create a program that would help kids who are falling behind in school. The goal would be to look after them early on in their educational journey and help guide them to high school graduation.

Don’Marie Reid, Alex Knight and Jonathan Cumberledge are among the first students to join and complete the program.

"When I was younger, I was more of a problem child," said Alex Knight. "But now I've molded into a great student."

"The first test I took, I didn't do so good," said Knight. "But when we took it again, at the end of camp, I improved 12 points and that felt good."

Ten years ago, they were among the first students to join @KingJames' #IPROMISE program. Now...they're officially high school graduates. Our series on the road to graduation continues tonight at 11p on @wkyc. @LJFamFoundation @akronschools https://t.co/PscWX3lXda pic.twitter.com/vel4kaufk4

"This program was probably the best thing I signed up for," said Reid.

Reid said the foundation's "We Are Family" approach provided additional support and encouragement to succeed in school.

"Math was a hard one for me," said Reid. "[The LeBron James Family Foundation] was always encouraging me, and seeing the college scholarships pushed me."

Jonathan Cumberledge, who was diagnosed with autism at a young age, said school was a challenge when he first entered the program. But after several years, Cumberledge said the program helped to break down some of the barriers that held him back. He said his grades improved…and his social life blossomed.

"The program helped me with my fear of making new friends," said Cumberledge, who is now a graduate of Ellet CLC.

RELATED: The Road to Graduation: A look into the journey of the first class of 'I Promise' students with the LeBron James Family Foundation

While students were facing their own challenges, the foundation also had deal with some challenges in the beginning stages of the program's development.

More than 1,500 students are now in the I Promise program. The students were spread out across the district, which became a challenge for the foundation to make an impact.

"When you were spread out over 30 some schools, it was just so hard to make an impact," said Michele Campbell, executive director of the LeBron James Family Foundation. "So we learned really quickly, that if we were going to change that [dropout] statistic, we needed to do things differently."

The class of 2021 helped the foundation understand the needs of students. Campbell said their experience with the first class of students led to the foundation decision to open the I Promise School in 2018. New students in the program would now be under one roof instead of being spread out across dozens of buildings in the school district.

Since then, the foundation has broadened its offerings to helps students in and out of the classroom.

The three-part series continues on Thursday on WKYC at 11p.m.

Editor's note: the video in the player above is from a story published on July 22, 2021.