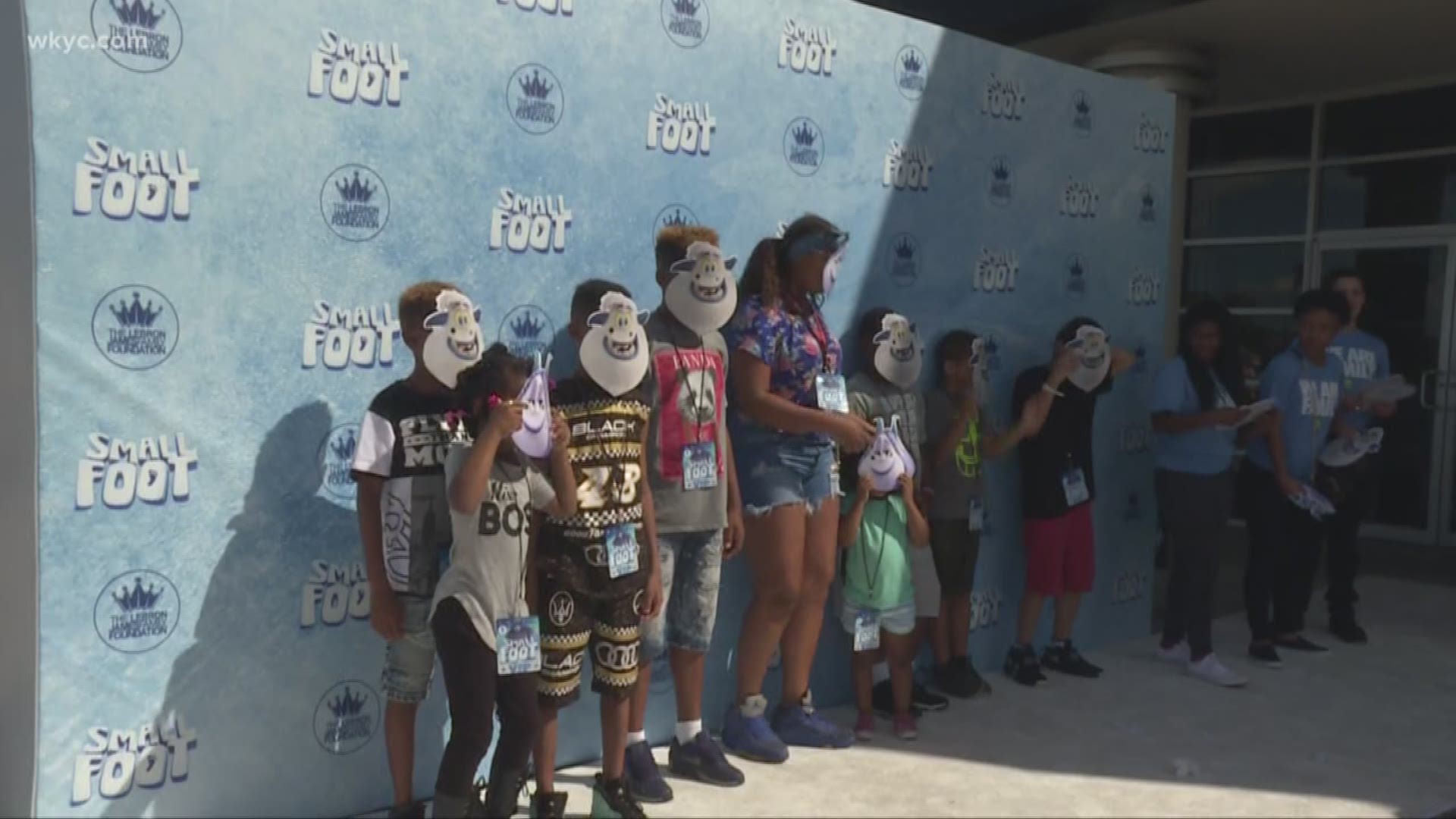 It's not out yet, but third through fifth graders and their families from LeBron's I PROMISE school saw the world premiere on Sunday, complete with the "white carpet" treatment.

Anything is possible when @KingJames & @wbpictures bring a movie premiere to town for his 3rd, 4th, & 5th graders! #Smallfoot #IPROMISE pic.twitter.com/IgasMienXK

You can watch the fun of the premiere in the player above. The film's director will be spending time with the I PROMISE students, teaching them about the film industry.

MORE | Support and resources grow at I PROMISE school in Akron