The school in Cleveland's Fairfax neighborhood is on a roll, doubling its enrollment since 2012 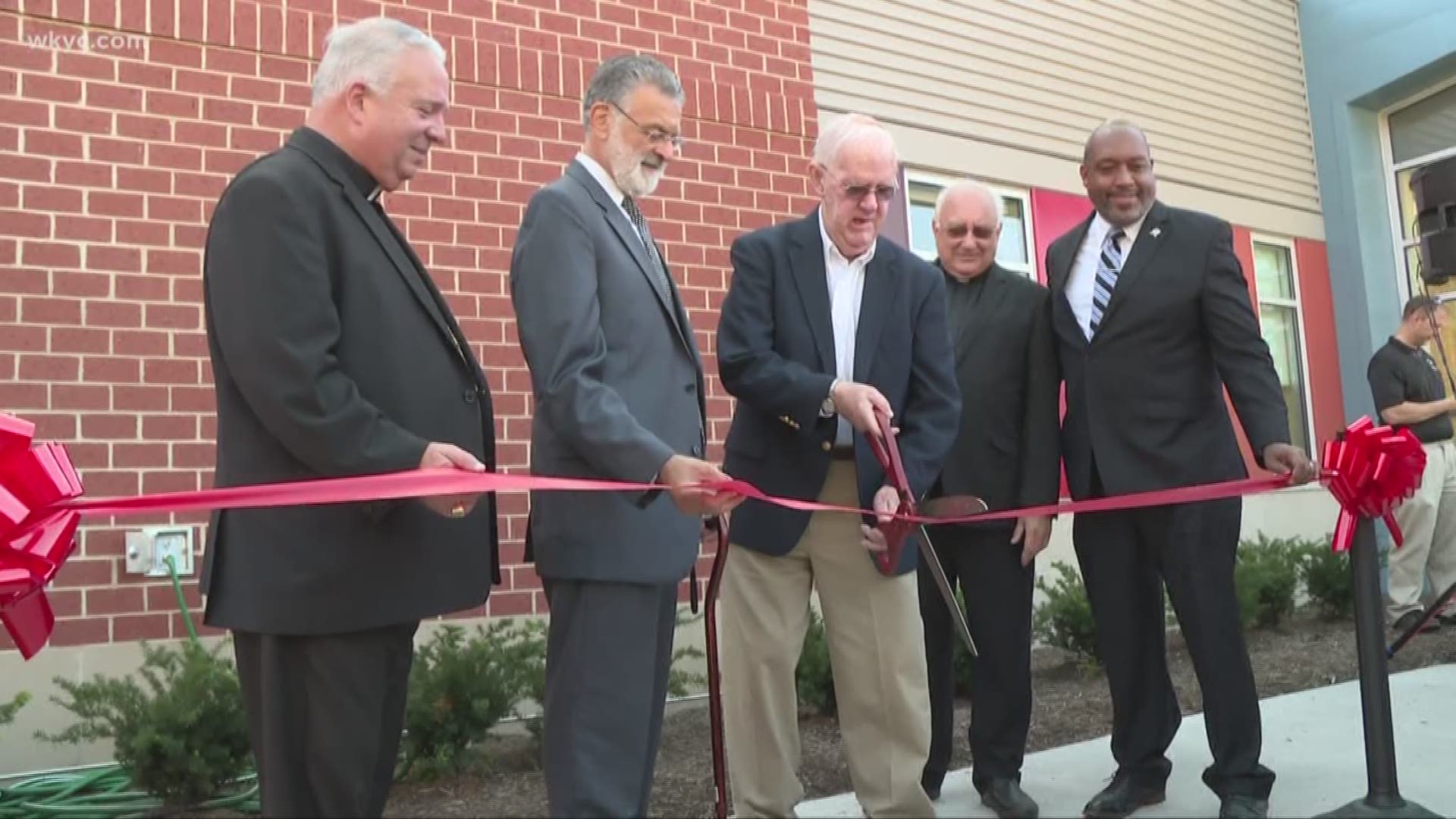 CLEVELAND — It was a proud moment for an entire neighborhood when Cleveland Catholic Bishop Nelson Perez and Mayor Frank G. Jackson helped cut the ribbon Tuesday on a new early childhood center at St. Adalbert School in Cleveland’s Fairfax community.

A crowd of local residents, church parishioners and Cleveland dignitaries gathered around as Perez said a prayer to bless the new Cletus Jeckering Early Childhood Learning Center, a 13,000-square-foot building that houses nine classrooms, a cafeteria and outdoor playground.

Principal James Smith said during his remarks that the gleaming state-of-the-art building for students in pre-school through second grade is an outward symbol of the growth and positive change happening at St. Adalbert. The school has doubled its enrollment since 2012, from 200 students to more than 400, and is a bright spot in the Fairfax landscape, he said.

Tom Jeckering, who donated funds for the early learning center, credited Sr. Juanita Shealey, a lifelong member of the parish, for inspiring him to make the gift. The building is named after Jeckering’s father.

Other guests at the ribbon-cutting included Ward Councilman Blaine Griffin, Cleveland Clerk of Council Pat Britt, and alumnus Fayth Sims who is helping coordinate alumni support for the school's Power Of One fundraising effort.