The county is required to complete "plan of action" forms to be submitted to the state within the next 45 days to explain how it will address these issues.

The much-maligned Cuyahoga County Jail has been dealt yet another blow, with state of Ohio investigators finding the facility out of compliance with several state standards following its annual inspection.

According to a 14-page report issued by the Ohio Department of Rehabilitation and Correction to Sheriff Clifford Pinkney, the jail is not in compliance with 84 separate standards. Of those standards, 35 are deemed "essential," while 49 are deemed "important." 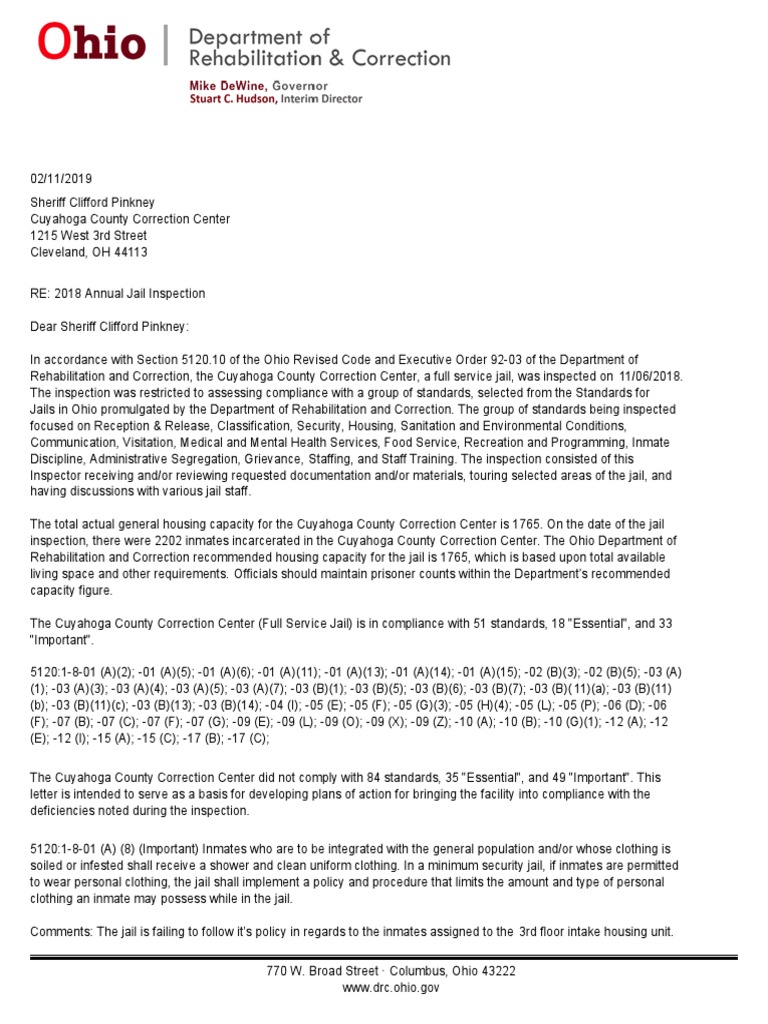 Cuyahoga County Jail state inspection report | Health Care | Public Health
In accordance with Section 5120.10 of the Ohio Revised Code and Executive Order 92-03 of the Department of Rehabilitation and Correction, the Cuyahoga County Correction Center, a full service jail, was inspected on 11/06/2018. The inspection was restricted to assessing compliance with a group of standards, selected from the Standards for Jails in Ohio promulgated by the Department of Rehabilitation and Correction.

Among the issues brought up in the report are:

The county is required to complete "plan of action" forms to be submitted to the state within the next 45 days to explain how it will address these issues. WKYC has reached out to the county for comment.

This is the second such report that has called into question the operations of the Cuyahoga County Jail: Back in November, the U.S. Marshals service conducted its own investigation, and found conditions at the jail to be "Unsatisfactory/At-Risk."

Jail Director Ken Mills abruptly resigned just prior to the release of the U.S. Marshals report. He has since been indicted in a county corruption probe that involved him allegedly lying about his role blocking the hiring of necessary nursing staff for jail facilities.

Eight inmates died at the jail system during the year 2018. The situation apparently has gotten so bad that one Cleveland judge has even refused to send non-violent criminals to the facility.