T. Boone Pickens: 'My health is in decline'

More than seven months after T. Boone Pickens, 89, suffered several strokes, the high-profile investor has admitted his health is in decline. 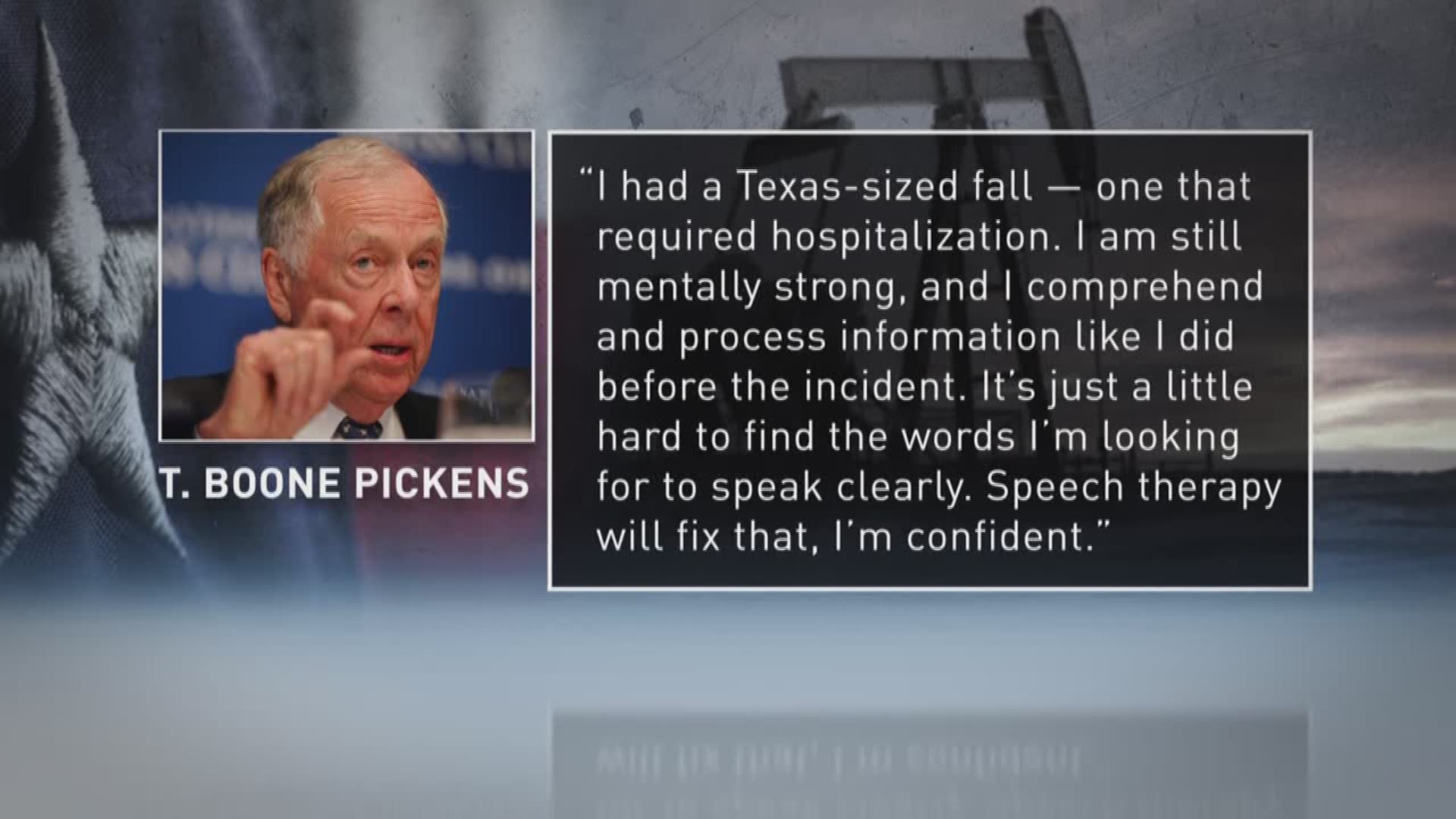 More than seven months after T. Boone Pickens, 89, suffered several strokes, the high-profile investor has admitted his health is in decline.

In an article posted on LinkedIn, Pickens said he was recently hospitalized after a major fall.

"Last week, I had a Texas-sized fall — one that required hospitalization," he wrote in the article. "I am still mentally strong, and I comprehend and process information like I did before the incident. It’s just a little hard to find the words I'm looking for to speak clearly."

Pickens said after what he called "mini-strokes" during the Christmas holiday, he underwent speech therapy that helped him regain 90 percent of his speech.

But after the recent fall, he'll once again need to battle his way back through additional therapy.

"Just as I exercise my body daily I will exercise my brain and continue with rigorous speech therapy to regain what I can," he wrote. "I am always up for a good challenge."

A year ago I felt immortal, wearing age (88) with pride. Even joked about it. Not anymore. Here’s why. https://t.co/5tc3JlX2ib

While the Dallas businessman and philanthropist admitted his health is in decline, Pickens said he remains hopeful and will continue to fight.

"Now, don’t for a minute think I’m being morbid," he wrote. "Truth is, when you’re in the oil business like I’ve been all my life, you drill your fair share of dry holes, but you never lose your optimism."

Pickens has been open about his health battle. Back in January, he shared news about his strokes on Twitter.

"Will be another ‘Old Man Makes a Comeback’ story," he wrote. "Back to working in the office."

The oil tycoon, who owns a large ranch in the Panhandle, also posted a video of himself running up a steep hill.

On my ministroke. Reducing schedule for next 3 months. Will be resting/exercising my brain just like my body. https://t.co/d4FGSqKrqj

Once estimated to have a net worth as high as $4 billion, Forbes estimates he's now worth $500 million.