Tough as Milk has a big team for the half-marathon. They hope to bring awareness for trauma survivors and get them the help they deserve. 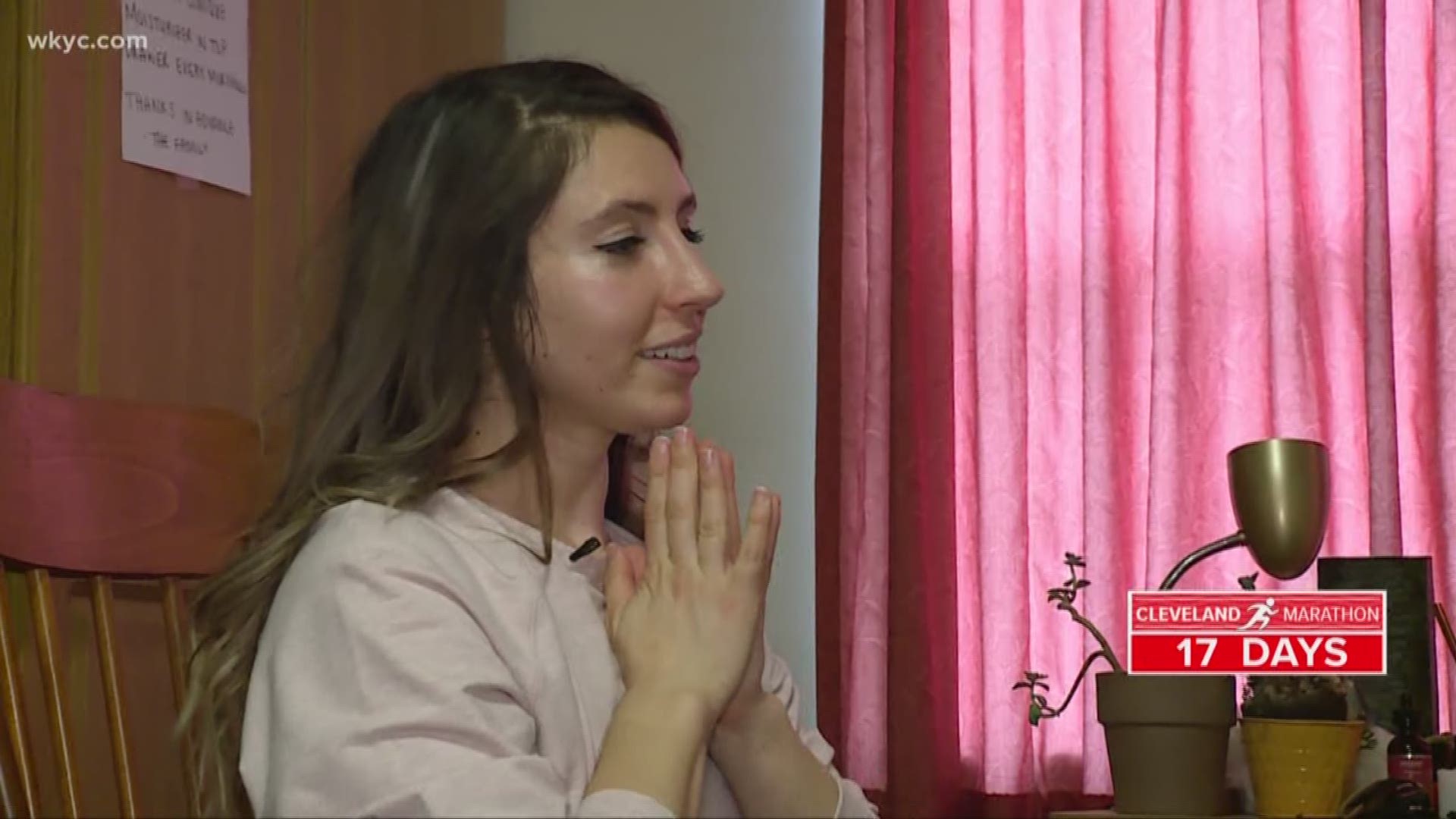 TRIGGER WARNING: The following story contains subject matter on domestic abuse and violence that may be disturbing to some.

WESTLAKE, Ohio -- On a warm and breezy Tuesday afternoon in April, WKYC sat down with trauma survivor, 30-year-old Bilyana Stojanovski, right beneath a cherry blossom tree outside her mother, Milka's nursing home. It seemed like fate as cherry blossoms represent a sign of spring —  a symbol of renewal.

There's been a lot of renewing for Bilyana and her mom.

"I was visiting my mom one day and thought about how strong she was, and Tough as Milk came to me," Bilyana said.

That's the non-profit she named after her mom, and the foundation she's running for in this year's Rite-Aid Cleveland Half-Marathon.

But, as Bilyana described to us, Milka is not just "tough." She's not even supposed to be here.

Bilyana says their attacker wasn't OK with the family moving on. They wanted to start over. He wanted revenge.

"He saw us picking up the pieces and planning for the future, and he hated that, that he didn’t have control anymore," Bilyana said.

She remembers her father going to the garage and retrieving the axe. She thought he might just do "damage to her car." That's not what happened.

After her father forced his way inside the home, he started swinging. Bilyana, who valiantly tried to protect herself, and her mom, suffered severe injuries to her hand.

"Basically like split it in half to the bone," she described.

Milka endured the brunt of the attack. Bilyana says she did everything she could to protect her mom, but her father overpowered them, striking Milka several times in the head.

Somehow, despite her wounds, Bilyana was able to push their attacker out the door, right before police came.

"He just smoked a cigarette in the driveway, and they arrested him," Bilyana said, detailing her father's remorseless response. He got 18 years in prison for the crime.

Milka was flown by medical helicopter to MetroHealth Medical Center. She underwent an hours-long brain surgery. It wasn't good. After weeks with no improvement, doctors told Milka's three children their mom would most likely be a "vegetable" her whole life, and removing life support should be considered.

The news was too much for Bilyana.

"I just like collapsed against the wall, and it was so bad," she remembered.

Milka's children gathered in the corner of the room in grief. They knew they might have to say goodbye.

"As we were crying, my mom starts to lift her hand," Bilyana recalled, smiling at the memory. "So we go up to the bed, and I like hold her hand, and she squeezes it."

Little by little, Milka was renewed with strength, and by the love of her children.

Though Milka's injuries took away her ability to speak, because of her daughter, her message is more powerful than ever.

"To be here and to not be living the life she was meant to be living, that’s why I wanted to start Tough as Milk, to give people like her a voice when it’s literally been taken away from her," Bilyana said.

It was a very difficult road for Bilyana after the attack. Post Traumatic Stress Disorder (PTSD) took hold, and she wandered down a dark path.

"The constant flashbacks, the constant worry that we were going to be killed," she said. "I immersed myself in a really toxic environment."

Then, something else took hold -- the courage to ask for help.

With guidance from the Cleveland Domestic Center, she started seeing a therapist regularly who encouraged Bilyana to exercise. She began to run. Then a gamechanger: Yoga.

"I said, 'I can't imagine living like this anymore,'" Bilyana recalled.