Tammy Layton, who lives on Clark Avenue, says she planted the tree nearly 20 years ago in honor of her parents. 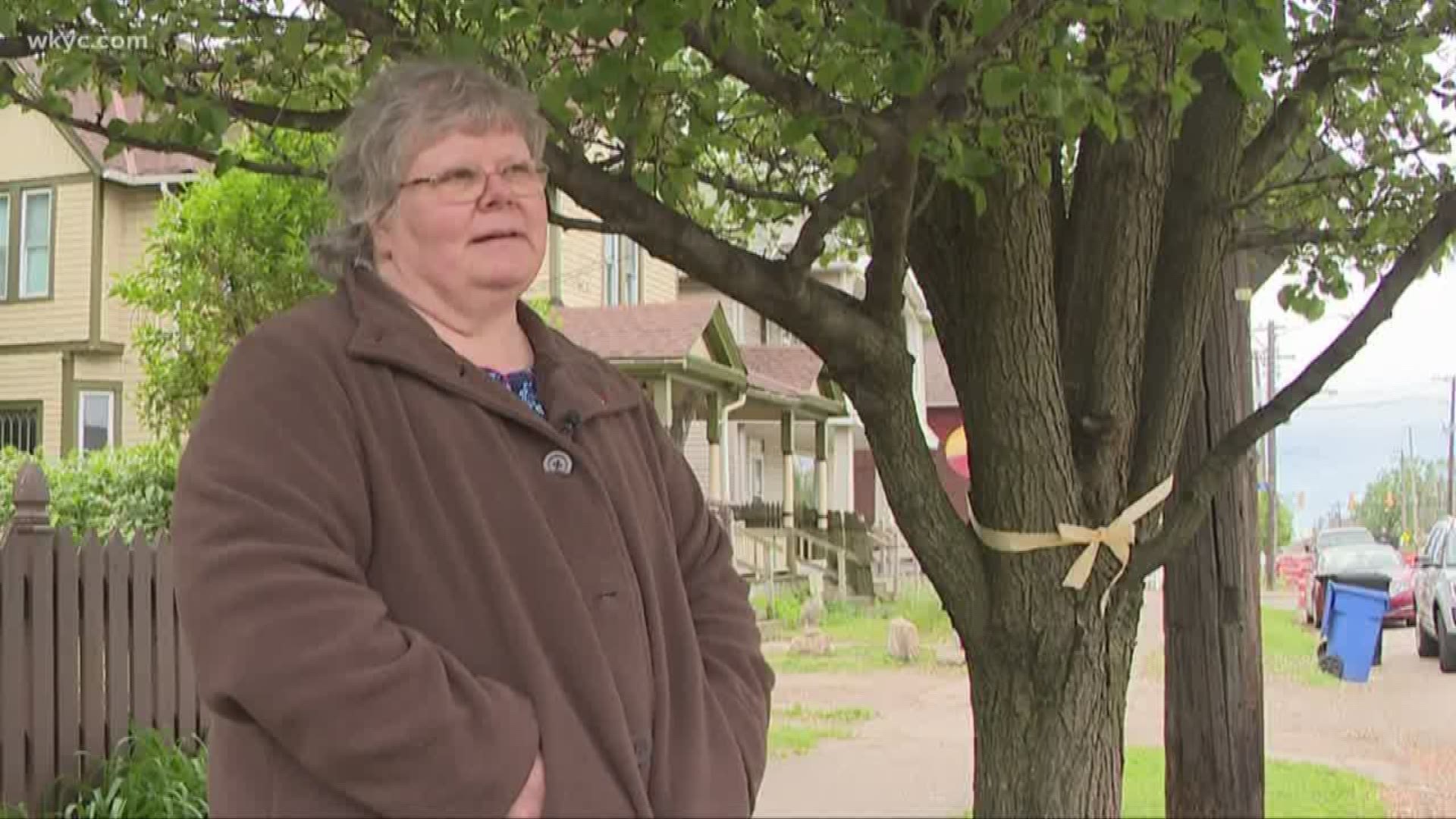 CLEVELAND — A Tremont woman says she will tie herself to a tree in front of her house before she lets the city cut it down.

Tammy Layton, who lives on Clark Avenue, says she planted the tree nearly 20 years ago in honor of her parents.

[My parents] were very good people worthy of remembrance,” Layton said. "I’ve been told many times this tree is beautiful.”

She says the tree that kept her parents memories alive is at risk of becoming a memory itself.

Layton says the city wants to cut it down as part of the Clark Avenue Rehabilitation and Streetscape project.

“It broke my heart,” she said.

The project includes new landscape elements, as well as pavement repairs and curb and walk replacements, according to a city press release. To complete the work, the city has to cut down some of trees on the block.

Layton’s neighbor’s tree was cut Friday morning. She says hers was next on the chopping block, but she says she was determined to go out with a fight.

“I grabbed a hold of the tree and I told them they weren’t cutting this tree down,” she said.

Layton says she hugged the tree until construction crews left for the day.

The morning protest worked and the city tells WKYC they will work with Layton on a solution.

The project also includes replacing a water pipe that goes to Layton’s home. In order to do so, crews will have to cut some of the tree’s roots. The city says it will send out an arborist to inspect the tree Tuesday to see if it could survive. If not, they’ll have to cut it down for safety reasons.

For Layton, it’s a small victory. She put a ribbon on the tree as a symbol of hope.

But, she says if they decide to cut it, you’ll know where to find her.

"If I see a bunch of trucks pull up, I'm back out here wrapped around this tree."