Yes, ISIS-K has been carrying out attacks in Afghanistan and Pakistan for years

ISIS-K carried out the Kabul airport attack that killed 13 U.S. service members. The group was officially formed in 2015 and is an affiliate of the ISIS core. 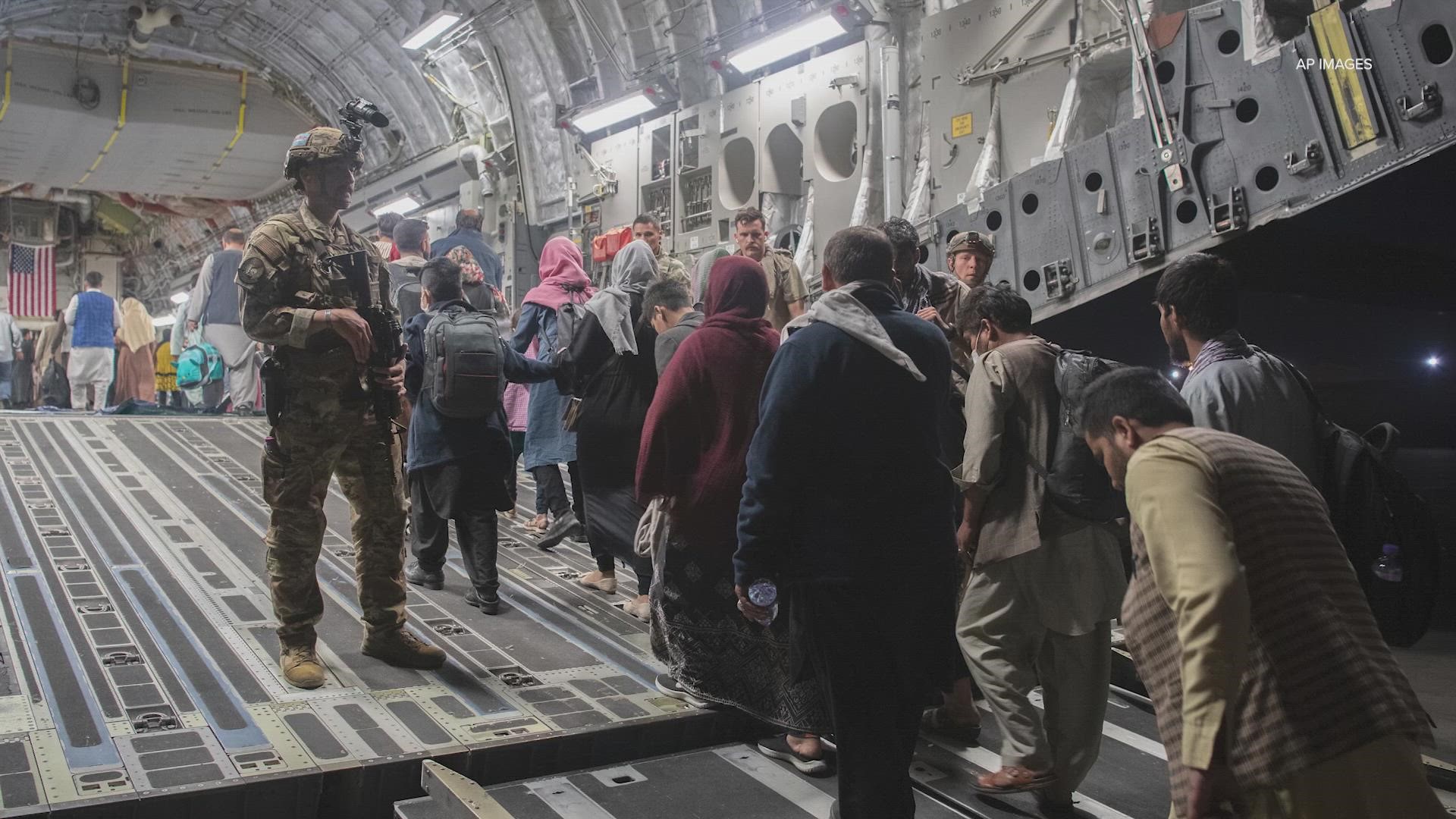 As the U.S. was working to evacuate American citizens and allies from Afghanistan, a suicide bombing outside Kabul’s airport on Aug. 26 killed 13 U.S. service members and more than 100 civilians. President Joe Biden said the attack was carried out by a terrorist group called ISIS-K.

Data from Google Trends show a jump in U.S. searches related to ISIS-K immediately following the bombing. A tweet from a Pakistan research institute that was shared more than 500 times says ISIS-K has existed for years, carrying out attacks in Afghanistan and Pakistan dating back to at least 2016.

Has ISIS-K been carrying out attacks in Afghanistan and Pakistan for years?

Yes, ISIS-K has been carrying out attacks in Afghanistan and Pakistan for years. The terrorist group officially formed in 2015.

ISIS-K has fighters in Afghanistan and Pakistan and is an affiliate of the Islamic State of Iraq and Syria (ISIS) -- a terrorist organization that operates out of Syria and Iraq.

While ISIS has weakened since the mid-2010s, when it wreaked havoc across the Middle East, the group still hopes to establish a global Islamic caliphate, according to Jason Blazakis, a senior research fellow at The Soufan Center who served as a counterterrorism director for the U.S. Department of State from 2008-2018.

“So, this would be a place in which Islam would be law, they would live under Sharia law, not under the laws of man but the laws of religion,” Blazakis said.

ISIS has branches across the world, one of which is ISIS-K. ISIS-K is shorthand for Islamic State Khorasan. Khorasan refers to the region that encompasses Afghanistan, Pakistan and other parts of Central Asia.

ISIS-K began forming in 2014 and drew disaffected members from a number of groups, including the Pakistani Taliban and Afghan Taliban. The group pledged allegiance to ISIS and became a formal wing of the terrorist group in January 2015.

“They were primarily attracting those who believe that the Taliban was insufficiently devout in their sort of interpretation of Islam, and in terms of their participation in sort of a global jihadist movement,” said Peter Trumbore, professor and chair of political science at Oakland University in Michigan.

Javed Ali, an associate professor at the University of Michigan who previously worked in U.S. security and intelligence agencies, said ISIS-K has an even more extreme strict interpretation of Sharia law – an Islamic code of conduct derived from holy scriptures – than the Taliban.

“They took whatever the Taliban was doing in that previous era from 1996 to 2001, when the Taliban took over power in Afghanistan and multiplied it by orders of magnitude into an increasingly more conservative and very draconian worldview,” Ali said.

In addition to their interpretations of Sharia law, the scope of each group’s vision is different, which is another point of conflict.

“The Islamic State thinks that the Taliban is too parochial in its interest -- looking just too narrowly at how Islam should be implemented, thinking about Islam in the context simply within the confines of Afghanistan,” Blazakis explained. “So, there is this aspect of the Islamic State generally thinking more broadly.”

In January 2016, the U.S. designated ISIS-K as a foreign terrorist organization.

Over the years, ISIS-K has carried out some of the most brutal acts of terrorism in Afghanistan.

“They've been primarily engaged in acts of urban terrorism against civilian targets,” said Trumbore. “These have generally been ethnic minorities, members of the of sort of various Shia Muslim minority groups in Afghanistan, they've targeted the former Afghan government, they've targeted the Taliban.”

The United Nations, in a report released in June 2021, cited several examples of ISIS-K attacks, including a deadly May 2020 attack on a Kabul maternity ward. The U.N. report said during the first four months of 2021, there were 77 attacks claimed by ISIS-K or attributed to the group – up from 21 attacks connected to ISIS-K during the same period in 2020.

While the group still has a presence in Afghanistan, it’s not as prominent as it once was. The U.N. report said ISIS-K’s communication with the main ISIS core in Syria and Iraq was infrequent and that funding from the ISIS core was believed to be dried up.

Trumbore said ISIS-K hit its peak in membership around 2016 with about 4,000 fighters. Since then, the group has been degraded by attacks from the Afghan National Army, the Taliban and the U.S. The June 2021 U.N. report estimates there are about 1,500-2,200 ISIS-K fighters in Afghanistan and the group remains “active and dangerous.”

The suicide bombing on Aug. 26 outside the Kabul airport was the most significant attack ISIS-K has conducted against U.S. interests, according to Blazakis. In response to the attack, the U.S. conducted a drone strike that Pentagon press secretary John Kirby said killed an ISIS-K planner and facilitator.

Trumbore said ISIS-K currently poses a modest threat to the U.S. domestically as the group has, so far, carried out attacks strictly in the Khorasan region. Blazakis said the current worst-case scenario is ISIS-K inspires an American to carry out an attack domestically.

It’s unclear what impact the withdrawal of U.S. troops from Afghanistan will have on ISIS-K. But the security vacuum left in Afghanistan, with the Taliban now in control, could create an opportunity for ISIS-K to grow, according to Ali.

“With our policy decision to leave, we're creating more of a permissive environment for groups like ISIS Khorasan to thrive and exist,” he said. “And with that environment, they could change their focus from the local to the transnational, but I think the probability is low. But that's something that's going to have to be watched.”

More from VERIFY: No, the US did not leave military service dogs in cages at Kabul airport like viral posts claim