No, hazing laws are not the same across the United States

Hazing has contributed to deaths at colleges across the U.S. But punishments vary, which can lead to further heartbreak for already grieving families. 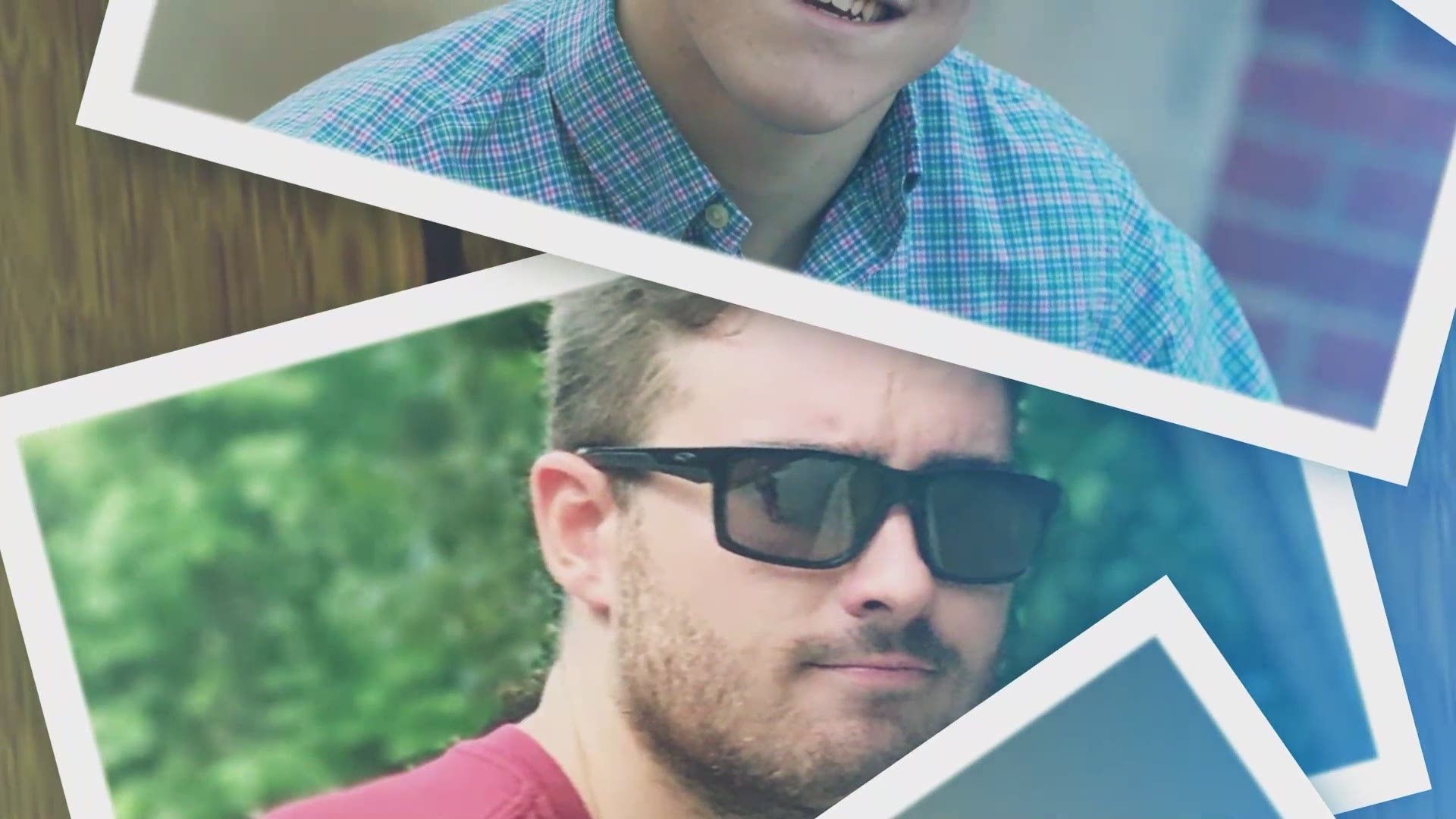 It’s a story too many grieving families are sick of hearing: a young man, eagerly starting college, dies during a fraternity event. Some of these deadly stories have been tied to hazing at colleges throughout the United States.

A 2008 survey found 55% of college students face some form of hazing, the degree of which varies. But the legal repercussions for hazing are often unknown.

Are hazing laws the same across the country?

No, hazing laws are not the same across the country. As a result, neither are the punishments for those who take part.

On Nov. 11, 2019, 19-year-old Sam Martinez, a freshman at Washington State University, showed up at the Alpha Tau Omega fraternity house for a pledge event.

“They were forced into taking pulls off of a half-gallon of rum,” Sam’s mother, Jolayne Houtz, said. “All of the boys ended up extremely intoxicated that night, and Sam died on their watch.”

Sam was found unresponsive in the frat house basement the next morning. His blood alcohol content was nearly five times the legal limit.

This June, more than a year and a half after Sam’s death,15 members of his fraternity were charged with Furnishing Liquor to Minors, a gross misdemeanor. The charge is punishable by up to a year in jail, but with no criminal record, attorneys tell VERIFY those young men might not serve a day behind bars.

“I think that’s more likely than not [they won’t go to jail],” Jolayne Houtz said. “I was heartbroken and outraged.”

Washington state has an anti-hazing law, but it’s an even lesser charge than furnishing alcohol to minors. Hazing is a standard misdemeanor, the same someone would receive for stealing a shopping cart.

“It’s what happened to our son,” Jolayne Martinez said. “And I think the record should reflect that.”

Pullman police chief Gary Jenkins told VERIFY the investigation would have looked different if hazing were a felony in Washington.

“We might see a hazing charge against one or more individuals in this case,” Chief Jenkins said.

Sam’s father called the outcome a “slap in the face.”

“It’s disgusting to me that it went that way,” Hector Martinez said. “It’s not justice.”

In other states, hazing investigations can look quite different.

In 2017, Andrew Coffey, a student at Florida State University, died of alcohol poisoning during a pledge event at his fraternity.

“Part of the tradition was to consume the bottle of alcohol to demonstrate their allegiance and their commitment to the fraternity, and that's what killed him,” his mother, Sandy Coffey, said. “It was hazing. I don't know what else you would have called it.”

In Florida, hazing is a felony, punishable by up to five years in prison. Prosecutors brought felony hazing charges against nine members of Andrew’s fraternity. All nine pleaded guilty; two to felony charges and seven to misdemeanors, according to prosecutor Jack Campbell. He says all of them are going to jail for sentences between 30 days and a year.

“It’s very out of the ordinary,” Campbell, a state attorney in Leon County, Florida, said of the outcome. “I can only assume that the possible sanction of up to five years of prison factored into their decision to take responsibility, go to jail, and publicly acknowledge their responsibility for the death of Andrew.”

For Sandy Coffey, it’s a semblance of justice.

“It's never going to be enough, because it's not going to bring Andrew back to us, but it's right,” Coffey said.

Florida is one of 14 states that have passed a felony hazing law. Hazing is a misdemeanor in 30 states, including Washington. And six states don’t have any anti-hazing law on the books.

“It’s always been about 'boys being boys,'” Fierberg said. “These are real wrongdoings that need to be properly prosecuted.”

Professor Hank Nuwer at Franklin College tracks U.S. hazing deaths. He says, over the past decade, the country is averaging close to five each year.

When asked if hazing seems to be slowing down, he told VERIFY, “no, it does not.”

Ohio lawmakers just passed a felony hazing law last week. The governor is expected to sign it into law in early July.

Kathleen Wiant led that effort in Ohio. In 2018, her son Collin died in his fraternity house at Ohio University.

“He was coerced to do a whippit, which is nitrous oxide, like laughing gas,” Kathleen Wiant said. “And when he inhaled it, he immediately fell over. There's a 12-minute delay before 911 was called.”

Nine members of his fraternity were charged with misdemeanor hazing. Wiant says none of them spent more than 30 days in jail.

“It was just really a slap on the wrist,” she said.

“Collin’s Law,” as it’s known, would make hazing a felony in Ohio if someone is seriously injured or killed. Plus, it would require anti-hazing education and force schools to better report hazing incidents.

Kathleen tried to get it passed last year. Then the COVID-19 pandemic hit.

“My fear was if we didn't get it through at that point, that there would be another hazing death in the state of Ohio,” she said. “And just months later, there was another horrible tragedy.”

So far, once they reach state legislatures, these felony hazing laws are passing nearly unanimously. VERIFY could not find any organized opposition.

Judson Horras is president & CEO of the North American Interfraternity Conference, which represents roughly 6,000 fraternity chapters across the United States. The organization not only supports these felony hazing laws, but they’re assisting in the effort to get them passed.

“We think individual accountability has been missing,” Horras said. “We've got to strengthen the laws, like we did with drunk driving laws, to make that type of difference in hazing.”

Organizations are working on two federal laws -- the REACH Act and the End All Hazing Act -- which would require more transparency from schools.

“The universities need to take a much tougher stand,” Bianchi said.

He proposes that schools expel the entire leadership of a fraternity chapter where a serious hazing incident occurs.

“Even if you were in the library when it happened,” he said. “You can be sure that the officers would be all over this. And they would make sure it doesn't happen because it would ruin their academic careers. And there'd be tremendous pressure brought to bear by the parents so that these guys didn't do it.”

Last year, 2020, was the first without a recorded hazing death since 1959, according to Professor Nuwer’s research. But COVID-19 curbed much of college life.

“What do you have this fall coming up? Two freshman classes in effect,” Nuwer said. As a result, he believes this could be a dangerous school year for hazing.

Jolayne Houtz and Hector Martinez are now pushing for Washington State to pass a felony hazing law. They hope, one day, that will be part of Sam’s legacy.

“I think everyday about saving one life,” Jolayne Houtz said. “We had the most important thing taken from us, and the best I can hope to do for Sam is to ensure that that doesn't happen to another family.”