A 2017 study found Georgia is one of the lowest in the country for safe drinking water. State officials say most of the problems have been addressed. 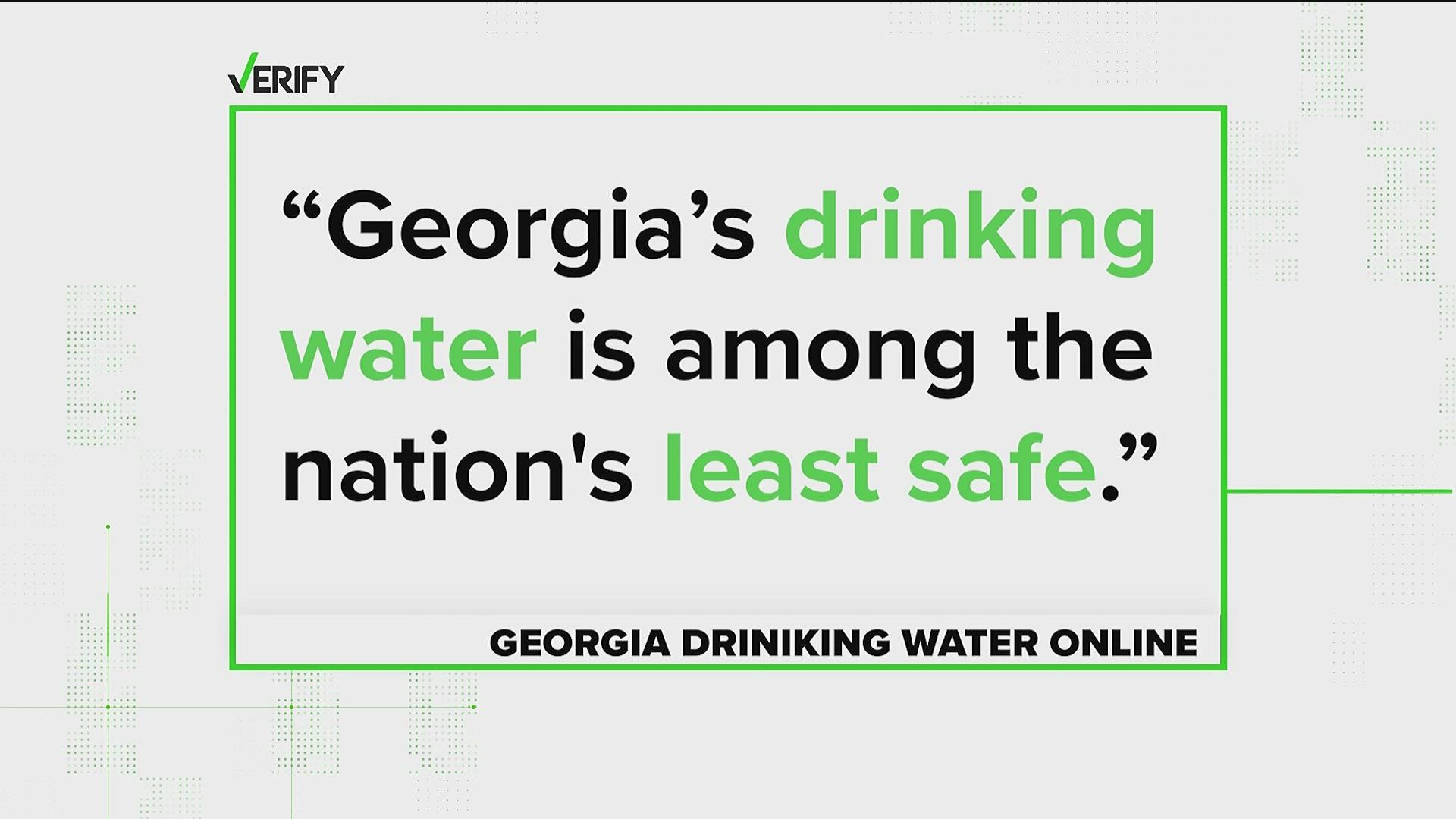 ATLANTA — There's a report floating around online saying that Georgia is one of the top five states for the worst drinking water in the country.

An 11Alive viewer reached out to our VERIFY team to get the facts on the safety of our drinking water.

Here's what we found.

Is Georgia’s drinking water among the nation's least safe?

Yes, according to a 2017 study by the National Resource Defense Council, it is. However, Georgia officials tell us that many of the health related violations found, have been addressed since then.

The 2017 report by the National Resource Defense Council (NRDC) says millions of Americans are getting drinking water from systems that violated federal protections in 2015.

Some violations include systems that don't protect against toxic chemicals, bacteria, and metals like lead that can cause health impacts like cancer, birth defects, and cognitive impairments.

The report says most of the violations are very small water systems found in rural or sparsely populated areas that account for more than half of all health-based violations.

All Americans deserve safe drinking water and should have the power to protect their health. Read more: https://t.co/GVTK3yR2Vt pic.twitter.com/Ki9AvehyE8

However, the Georgia Department of Natural Resources Environmental Protection Division says they have an updated 2018 study.

It shows our state has 358 water systems that had approximately 651 violations in 2018.

Kevin Chambers, the Communications Director for the Georgia DNR says most of the state's dirty water violations have been cleaned up since the 2017 report.

He contends many of Georgia's 2018 violations were "non-health based" involving failure to submit a sample, failure to report rest results, or failure to provide an annual Consumer Confidence Report.

So, we can VERIFY, according to a 2017 study, Georgia's drinking water is among the nation's least safe.

However, Georgia officials say many of the health related violations have been addressed since then.

To see how the water in your area tests, click HERE.

Our VERIFY team is here to fact-check claims being shared in the community and online. Fill out the form below with something you'd like us to Verify.