The two influential Republicans spoke alongside local law enforcement officials about security at the U.S.-Mexico border. 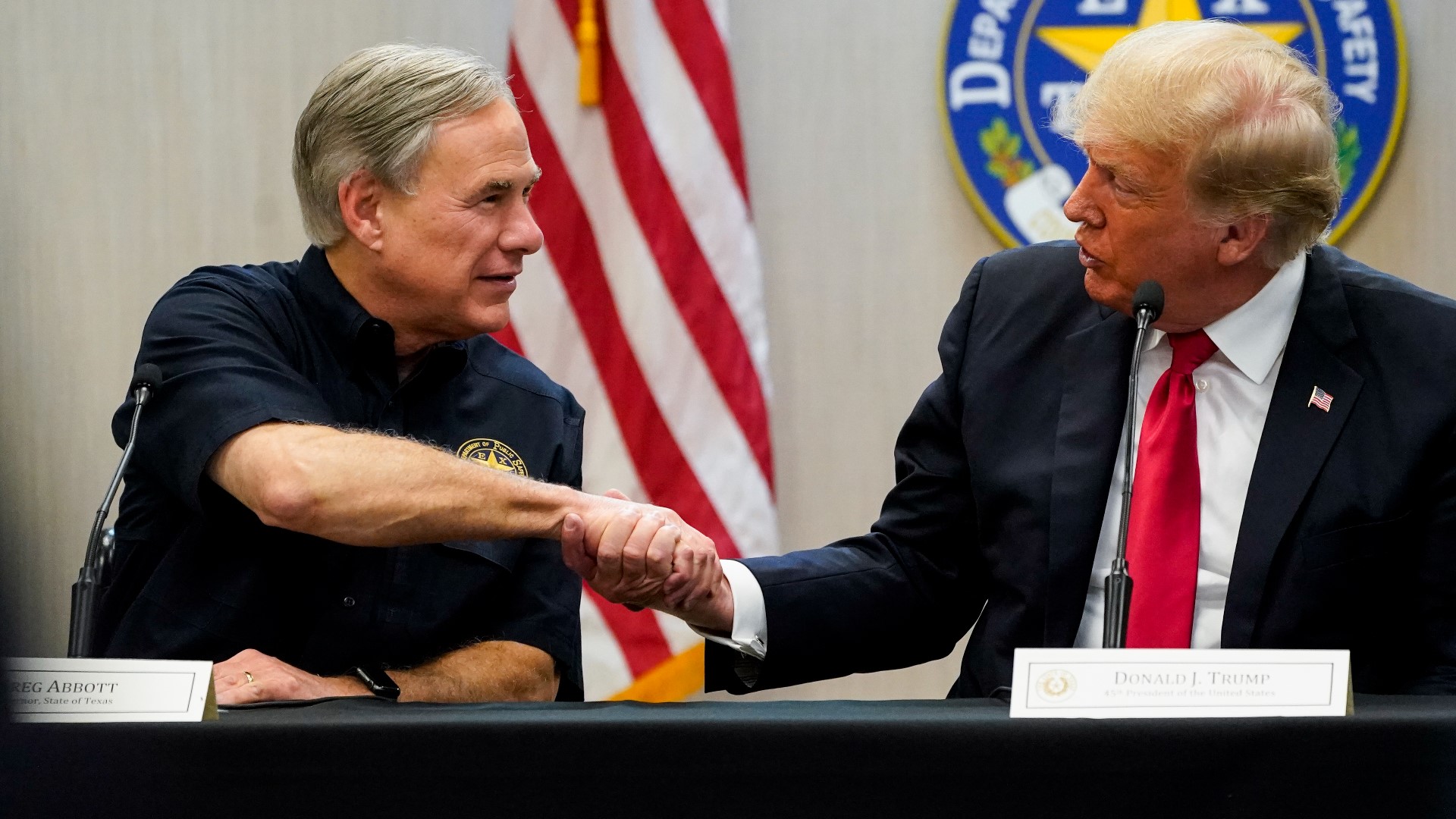 Former President Donald Trump joined Texas Gov. Greg Abbott on Wednesday for a tour of the border wall. The meeting came weeks after Abbott announced that Texas plans to build a border wall where the Trump administration left off.

Prior to their visit to the unfinished wall, the two influential Republicans spoke alongside local law enforcement officials about security at the border with Mexico. The VERIFY team looked into claims made by Abbott and Trump.

Former President Trump: “So we built a wall that was not penetrable. And we were just about finished [before the 2020 election].”

No, construction of the wall along the Southwest border was not near completion when Trump left office.

In that update, CBP said about 458 miles of the wall had been completed, which included 373 miles of wall that replaced dilapidated or outdated designs and 85 miles of new wall where no barriers previously existed. The CBP report says a total of 738 miles had been funded. So, that means 280 miles of wall construction was not finished.

Gov. Abbott: “For one, if you just look at the year-over-year numbers, look at this May versus last May, the increase of people coming across the border who've been apprehended has gone up more than 800%.”

However, crossings at the border were significantly down in 2020 because of the COVID-19 pandemic.

Josiah Heyman, the director of the Center for Inter-American and Border Studies at the University of Texas at El Paso, said people stayed put in the beginning months of the pandemic.

“For a while, people were afraid of the disease,” Heyman said. “There were a lot of unknowns. The Mexican government itself in 2020, was aggressively trying to keep people away from the border.”

Mark Jones, a professor of political science at Rice University, also said fear of COVID-19 and local government lockdowns played a role in the decline in crossings in 2020 and an easing of restrictions contributed to the increase in crossings in 2021.

“Initially, it helped reduce things a little bit. And people, as there is fear about traveling, and all the countries, even in Central America had some form of lockdown. And so I think there was a sense that that wasn't a good time to go,” Jones explained. “But there's pent-up demand. And so once COVID began to be less of an issue, again, I think that's another factor that has sort of dovetailed with the Biden administration assuming office.”

Gov. Abbott said: “And just this calendar year, the Texas Department of Public Safety has seen a 2,000% increase in the amount of fentanyl that they have apprehended.”

Data from the Texas Department of Public Safety shows a nearly 800% increase in fentanyl seizures from January to April of 2021 compared to the same time period in 2020.

While a significant jump, it is not a 2,000% increase like Gov. Abbott said on Wednesday.

More from VERIFY: No, more migrants have not died during Biden’s first 6 months than Trump’s 4 years in office