President Trump said mail-in ballot fraud has been found in many elections, but is it true? 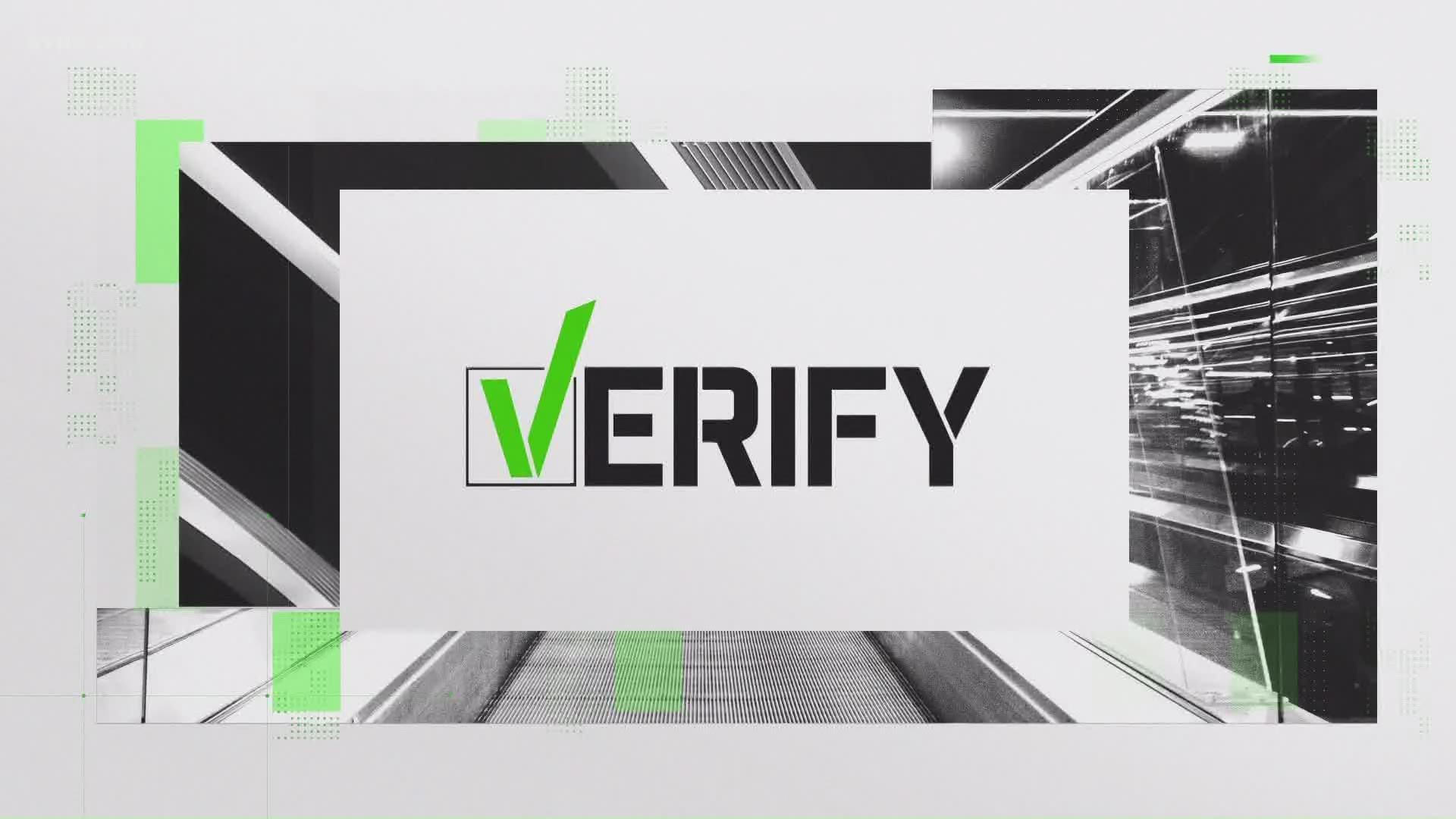 WASHINGTON, D.C., USA — A tweet by President Donald Trump in which he makes a series of claims about mail-in voting fraud is raising eyebrows.

Tens of thousands of people are liking, re-tweeting and commenting on the thread, but is what he saying factual?

To verify, we spoke with David Becker, the former senior trial attorney for the Justice Department's voting section. Today, he's the executive director and founder of the nonprofit, non-partisan Center for Election Innovation and Research in Washington, D.C.

The president's first claim is that "mail-in ballot fraud [is] found in many elections."

....Absentee Ballots are fine because you have to go through a precise process to get your voting privilege. Not so with Mail-Ins. Rigged Election!!! 20% fraudulent ballots?

The president also said "election results could be delayed for months," which Becker also said is inaccurate.

"There is a validation process. That's a good thing," said Becker. "We're trying to make sure that every absentee ballot, every mail ballot was voted properly, and that takes a little bit of time. But that's going to be a period of days, certainly not months."

Then the president tweets that 1% of ballots were not counted in the 2016 election, which is the election that he won.

"I don't even know where he came up with that number. That number isn't backed up by any evidence or data that I know of," Becker said.

The president's next tweet in the thread is a little more confusing. He writes that "absentee ballots are fine because you have to go through a precise process to get your voting privilege. Not so with mail-ins."

It's confusing because, according to usa.gov, an official website of the U.S. government, absentee voting is voting by mail.

The president ends his tweet by asking, "20% fraudulent ballots?

Overall, we can verify the president's tweets are false.

Ready for a second stimulus payment? Here's the timeline