Was viral video of a young Cavs fan predicting the win authentic?

Everyone wants to know. 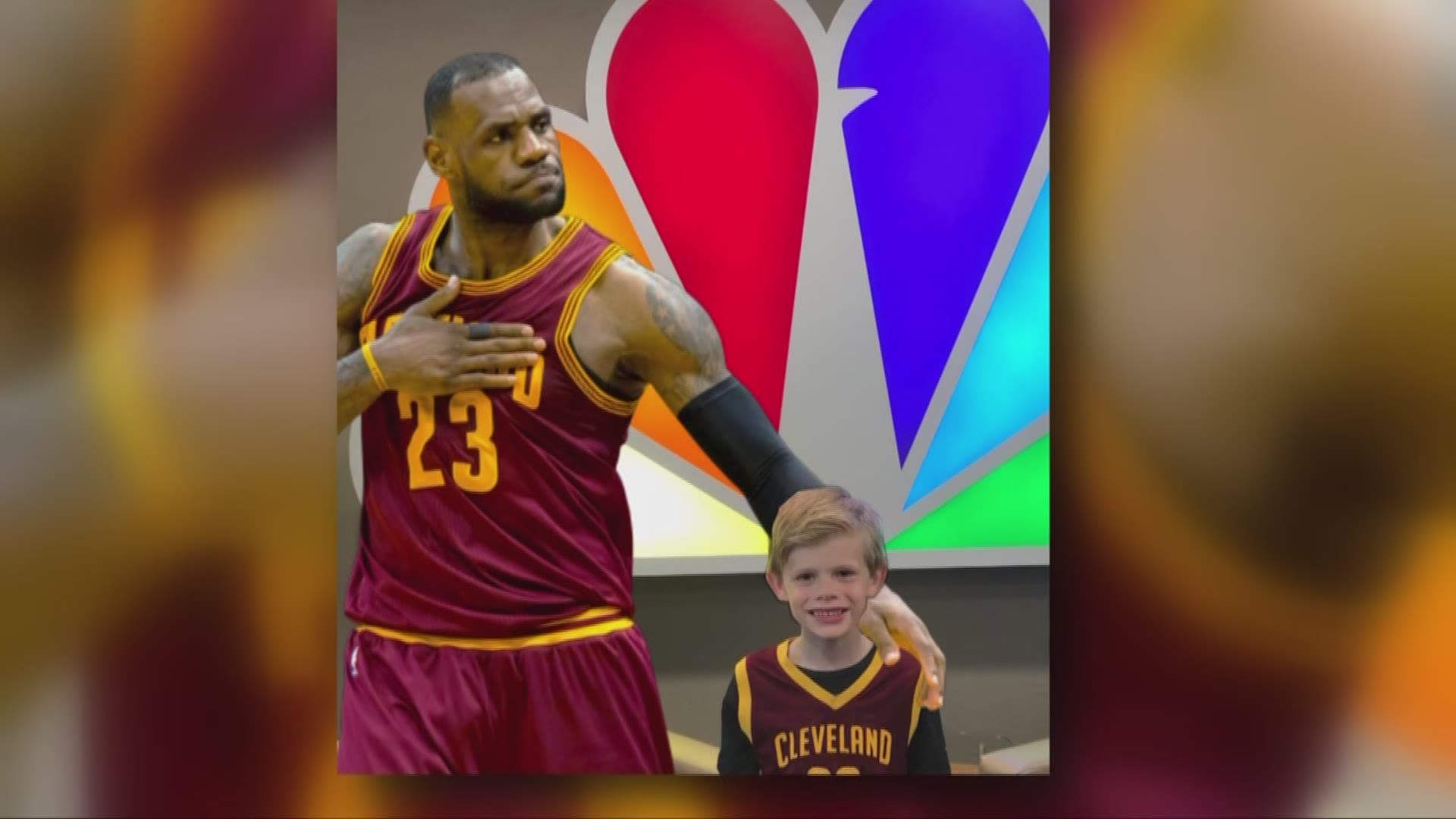 Those are the stats on a video of a dad recording his son watching Wednesday night's nail biter Cavs game and predicting the win before LeBron landed that buzzer beating shot.

But was the recording real? And who is the family behind the viral video?

When I first spoke with Steve Johnson, I didn't ask whether or not the video was real, I just asked to interview him.

He volunteered the answer. But before I Verify its authenticity, a question that's been blowing up on social media, you need to know a little about Steve and his family.

The excitement we saw was real. And to Verify that we spoke with the camera man himself.

"I just love them," said Dave.

In fact his whole family loves Cleveland teams, despite the fact no one was born here.

Steve's parents though, are from Perry, Ohio. They moved to Arizona in the 70’s, but Dad brought along his love of Cleveland.

Steve shared that affection with his kids: all eight of them, with one born just a week ago.

"I keep telling the kids it's not going to be like this forever. The magic so stay with it," he said.

Now, dad happened to be a Church Pastor, who says he taught Dave to Believe-Land, even though Cleveland's sports history hasn't been stellar.

Which takes us to the video and the game where we were all praying for a win.

Dave says he knew it was in the bag right when Lebron took the ball, which is why he yelled ‘game’.

But dad missed the moment, so he wanted a re-enactment.

"We always make fun videos with the kids on Vine about Cleveland sports. The only thing different about this is it went viral," dad told me.

So is this video real?

Now this was funny.

After my initial call, the Pastor in Steve kicked in and he called back to say, "I'd never lie and you should know I rewound the video."

He was worried about my being truthful with my viewers.