A mini 'Loch Ness Monster'? Probably not, but with little more to work with, a lot of questions still remain. 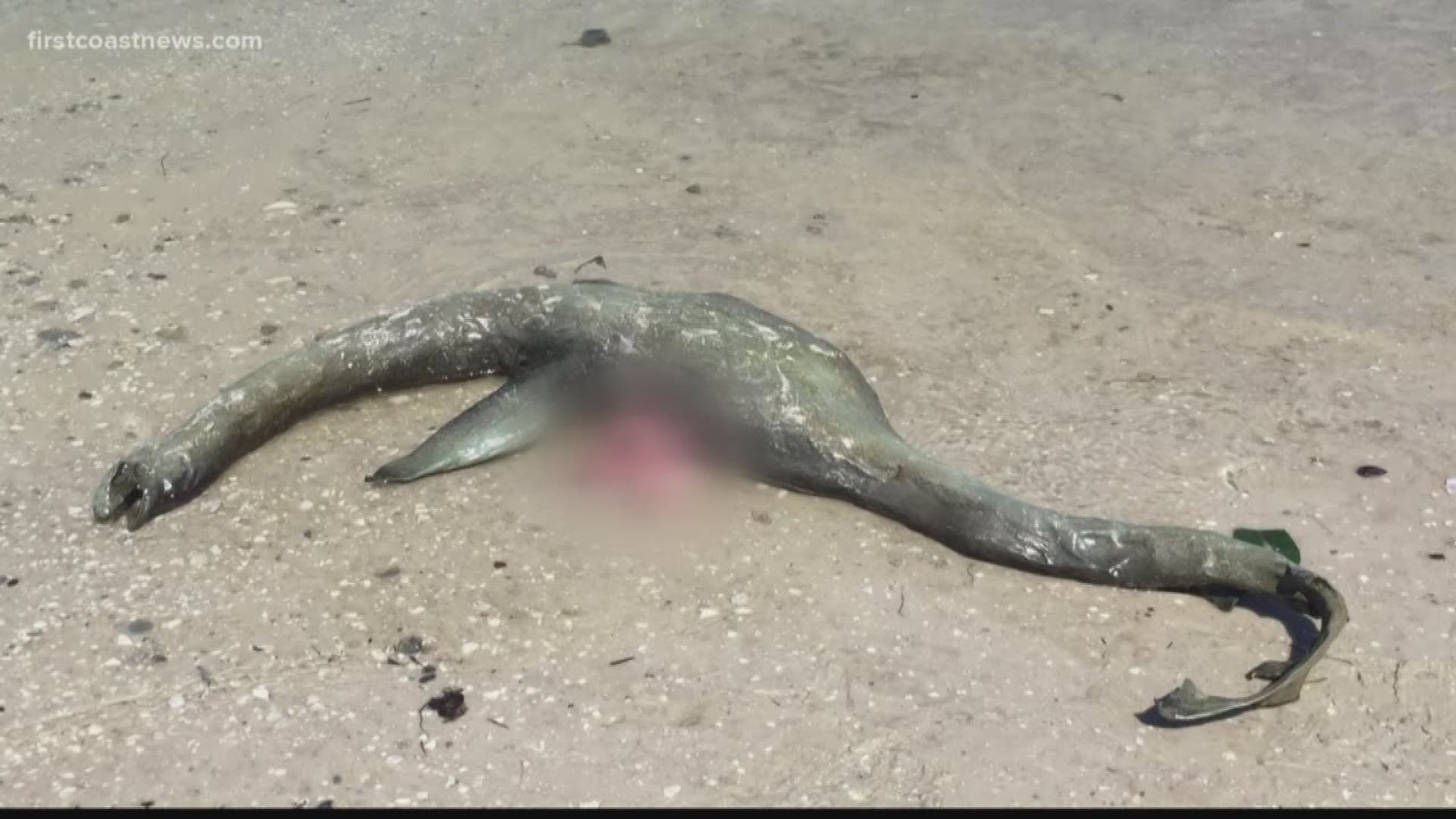 A south Georgia man's photo has led to a mystery that is now captivating - and frightening - a coastal community.

11Alive's sister station WTLV has asked for answers but still hasn't found out what exactly washed ashore on Wolf Island. Jeff Warren of Waycross, Georgia was the man who captured the photo as he and his son were on a boat going around the barrier island.

Then, they spotted something common, followed by something very unusual. Warren said they saw a large heron pecking away at what he at first thought was a dead seal.

The closer he got, however, the more clear it became that this was no seal. But, beyond that, answers are few and far between. Snakelike and with what appears to be a fin, the small creature has captured imaginations on the web given how similar it looks to legendary sea creatures that may - or may not - even exist.

He went to Skipper's Fish House and learned of "Altie" - a mysterious Loch Ness Monster of sorts, but a lot closer to home in the Altamaha River. With April Fool's day just over a week away, many of skeptical of this unusual find.

But with experts WTLV spoke to coming up with nothing, the mystery will continue until pressing questions finally meet satisfactory answers.