This all started a little over a week ago, when a toy meant for play started causing panic. One after another, they keep popping up in perplexing places. 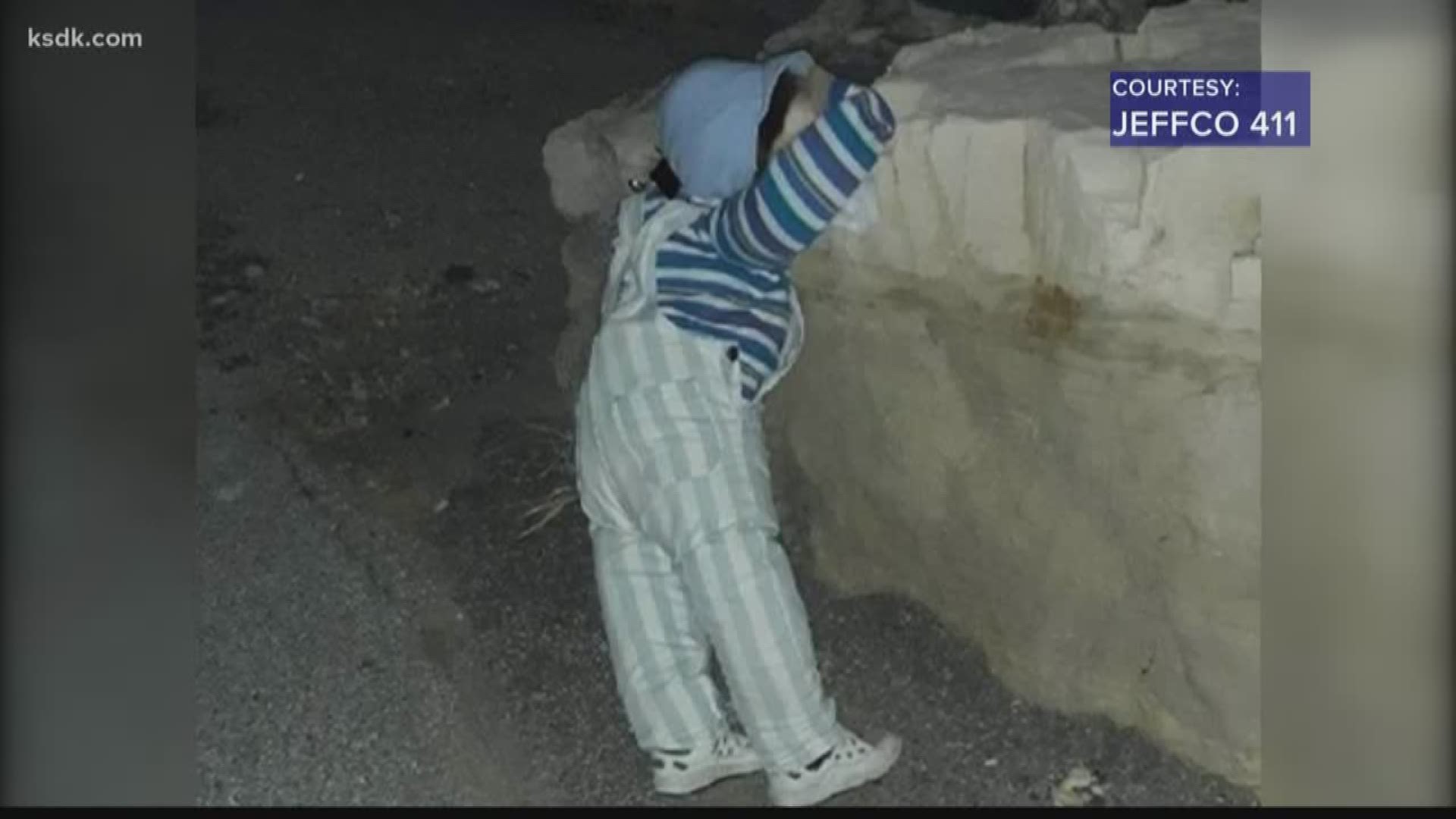 Two cities are caught up in one bizarre riddle.

Stuffed dolls keep popping up in random places in Crystal City and Festus, and nobody seems to know why.

"It is a little creepy," says Tamera Pruett.

"Dolls are just creepy in general to me. I don’t like them," says Logan Galczynski.

This all started a little over a week ago when a toy meant for play started causing panic. One after another, they keep popping up in perplexing places. A few don't have heads.

"At first, I didn’t realize it was a doll. I was like 'What is that?'" explains Pruett.

Tamara spotted one of the dolls next to a light pole near a busy intersection.

"It looked like it was crying and in time out and it was raining, and I thought, that’s kind of creepy now," she said.

Then on Tuesday, Keili found one right across the way from Gordon's Stoplight Diner.

Moments later, in a different location, she found another one.

"I was actually tanning and I saw that doll literally right after I was talking to her about it," said Wagner.

Evidently, enough people were spooked that Festus Police is looking into this. The chief tells 5 On Your Side at least one person called the police station concerned it might be a child along the side of the road.

At this point, they think it’s probably just a prankster.

"I guess maybe they’re just trying to move them around town, I have no idea," Wagner said.

Then there's the question of why. Logan has a fruitful theory.

"You know like the new Annabelle movie that came out? Like, kind of ties into that," said Galczynski.

Beyond that, any guesses at this point would just be child's play.

"That makes it even creepier," said Pruett.

RELATED: Girl's leg braces returned after being stolen on family trip thanks to Oklahoma police

RELATED: Here’s the best view of the Arch and St. Louis