Who 'nose' where this sculpture came from? 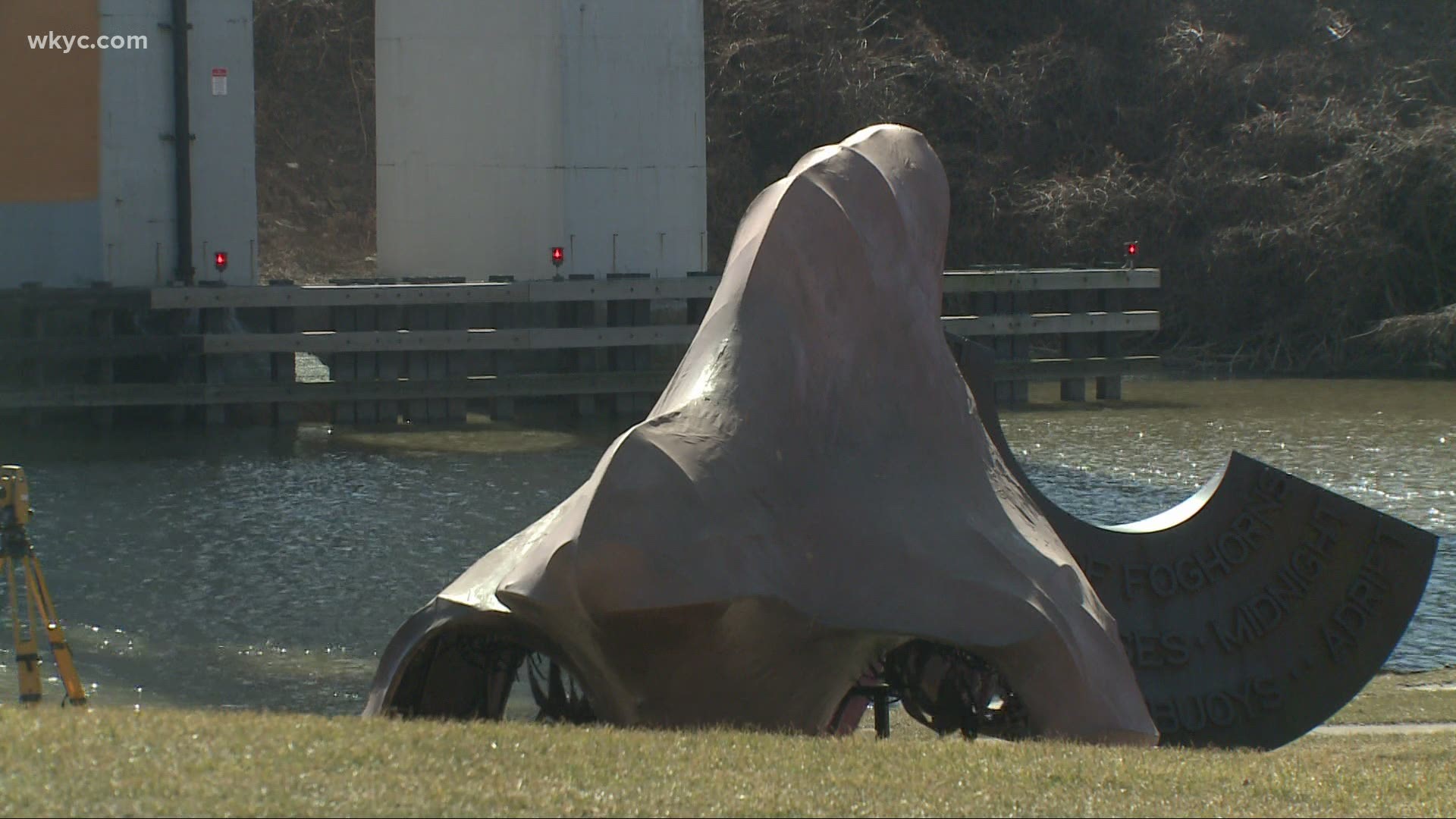 CLEVELAND — *Editor's Note: The video in the player above originally aired on February 16, 2021.

A new attraction has made its way to Cleveland. It's not a new ride at Cedar Point or a new exhibit at the Rock and Roll Hall of Fame.

It's a nose sculpture, located at Hart Crane Park along the Cuyahoga River.

On Tuesday, Canalway Partners, a local group that works collectively with partners on the Towpath Trail and Erie Canalway, posted to Twitter asking if anyone knew where the "fine piece of art" had come from.

"We'd like to make sure it didn't wander from its home. Got any ideas?" the tweet read.

According to a Jim Ridge, the Brand Manager at Canalway Partners, the sculpture appeared at the park overnight Saturday. It is made of paper mache materials, added fabric and has wood framing and tubular structures inside.

Hey Cleveland Twitter: this fine piece of art showed up at Hart Crane Park recently and we'd like to make sure it didn't wander from its home. Got any ideas?#CuyahogaRiver pic.twitter.com/De5aTZb4EP

Since arriving at Hart Crane Park, Cleveland residents have not missed and opportunity to poke fun at this nosey situation. Check out some of the reaction from Twitter below:

Mysterious Nose Sculpture Appears Out of Nowhere at Hart Crane Park in the Flats pic.twitter.com/vtDqwVk8aa

But apparently, this isn't a first appearance for the mysterious nose. Video form the Cleveland Museum of Art's "Parade at the Circle" feature a glimpse of the nose as well. Check out the video in the player below.

RELATED: Your New Job: How to get 'linked' up with a job through LinkedIn

RELATED: Cleveland Clinic ranked #2 hospital in the world by Newsweek