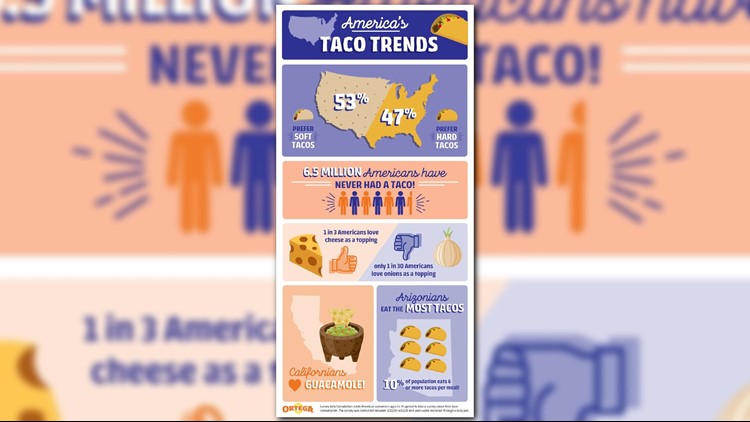 Do people not believe in "Taco Tuesday?"

According to a study done by Ortega, roughly 6.5 million Americans, 2% of the population, have never eaten a taco.

With the ample opportunities for "Taco Tuesdays" and Tacos for well -- just because -- how could this be? While we might not have that answer, the study revealed more than just a "taco travesty."

53 percent of Americans prefer soft to hard tacos and cheese is the favorite taco topping in 48 states, while onions are the least favorite topping.

And when it comes to consumption, Arizona reigns supreme. The Grand Canyon state ranked number one with 10% of their residents claiming to eat six or more tacos in a sitting.