The same apartment complex suffered a fire earlier this year. 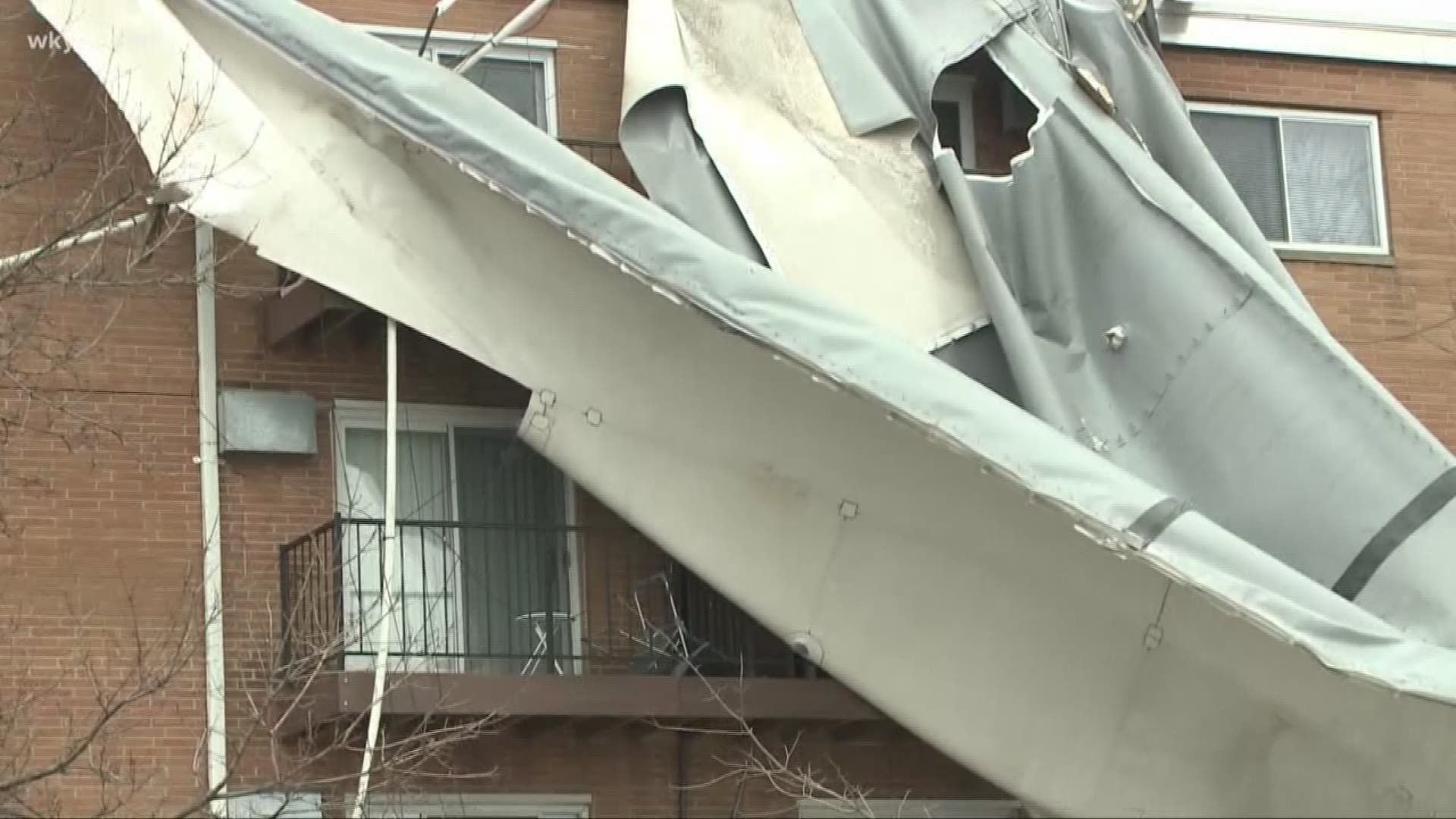 The roof of an apartment complex was severely damaged by wind, Sunday morning.

The roofs of approximately three units at Beechmont Towers in Woodmere were blown off.

The Woodmere Fire Chief says at least 20-30 apartments were indirectly affected and for safety reasons an unknown number of people were forced to relocate.

All of the residents were able to get out of the building safely, and no injuries were reported.

Amanda Bateson, whose apartment wasn't affected, was on her way back from a funeral in Bowling Green when she found out on social media a portion of the roof at her apartment complex had been blown off.

"I'm shocked. I just don't know what to think of all of this," she said.

Officials also report that approximately a dozen cars parked at the complex were damaged due to the roof detachment.

"It's terrible," Jahiela Rogers, who was at home when it happened but her apartment did not sustain any damage.

The roof and debris hasn't removed just yet for safety reasons.

The strong winds causing crews across Northeast Ohio to wait until the wind dies down to start the true cleanup process.

The same apartment complex suffered a fire earlier this year, but officials say the wind was likely the biggest reason for the roof to blow off the building.