The Cleveland television legend will get his shot on "What's New" around 5:30 p.m. 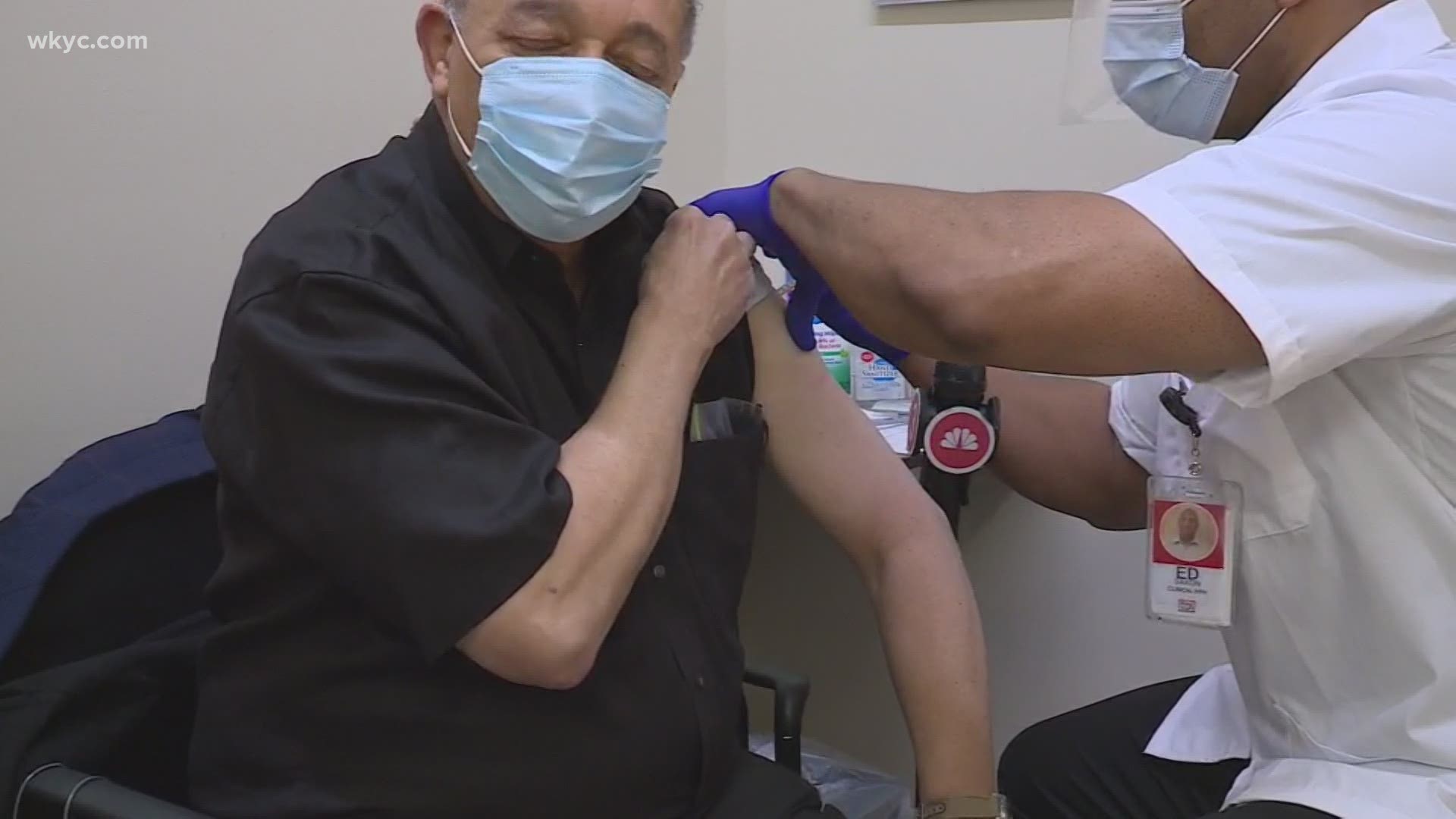 MAPLE HEIGHTS, Ohio — It was the 1950s, and Leon Bibb was in elementary school when the polio vaccine campaign began.

He remembers lining up with other students at his school, one-by-one, as they each received the Salk vaccine from a doctor. Leon was too young to fully understand the enormity of the polio epidemic, yet he does remember that day. The Salk vaccine marked the beginning of the eradication of polio worldwide.

Seven decades later, Leon is lining up again. As part of the Phase 1B rollout of the COVID-19 vaccine in Ohio, he is now eligible to receive the first inoculation, and he wanted to share his experience with others.

Discount Drug Mart in Maple Heights is among several locations where eligible groups can now receive their vaccines. Dr. Ed Saxon was the pharmacist administering shot, and did so live on Tuesday's edition of 3News' "What's New" just after 5:30 p.m. You can watch it again in the player above.

In the United States, Black people are four times more likely to be hospitalized from the coronavirus and three times more likely to die from it. The human toll is personal to Leon: He lost two aunts to COVID last spring; both were in long-term care facilities when they contracted it.

He is also acutely aware of the history of distrust many Black Americans feel toward the government and medicine. You need only recall what happened to hundreds of poor black men between the 1930s and '70s, when they were deceived into a study known as the Tuskegee Syphilis Experiment.

The study looked at the effects of syphilis when left untreated. Promised free government health care if they participated, the Black men were never told they had syphilis, and they were never treated, even when a cure had been found. The abuse and deception were finally uncovered, but it came too late to save most of the men who were unwitting victims.

POWER OF HEALING: Combating COVID-19 vaccine mistrust within the Black and Latinx communities

HISTORY OF MEDICAL MISTRUST: How can we convince the Black community to get the COVID vaccine after decades of deceit?

This is one example of government distrust that still exists today. That is why you are seeing so many Black doctors, community leaders and even Black celebrities taking the vaccine. They are pushing for acceptance to help end the pandemic.

Leon is sharing his experience, in hopes of dispelling any myths. As he tells those in the Black and Latinx communities, "Wherever you can get the vaccine, get it. The vaccine is safe. The protection of your life and of those around you depends on it."