Exclusive: Former Mayor Michael R. White is at home on the farm, but still feels connected to Cleveland

Since leaving office in 2002, White has largely shunned the spotlight, but opened up to one-time Glenville neighbor Leon Bibb about old times and new opportunities 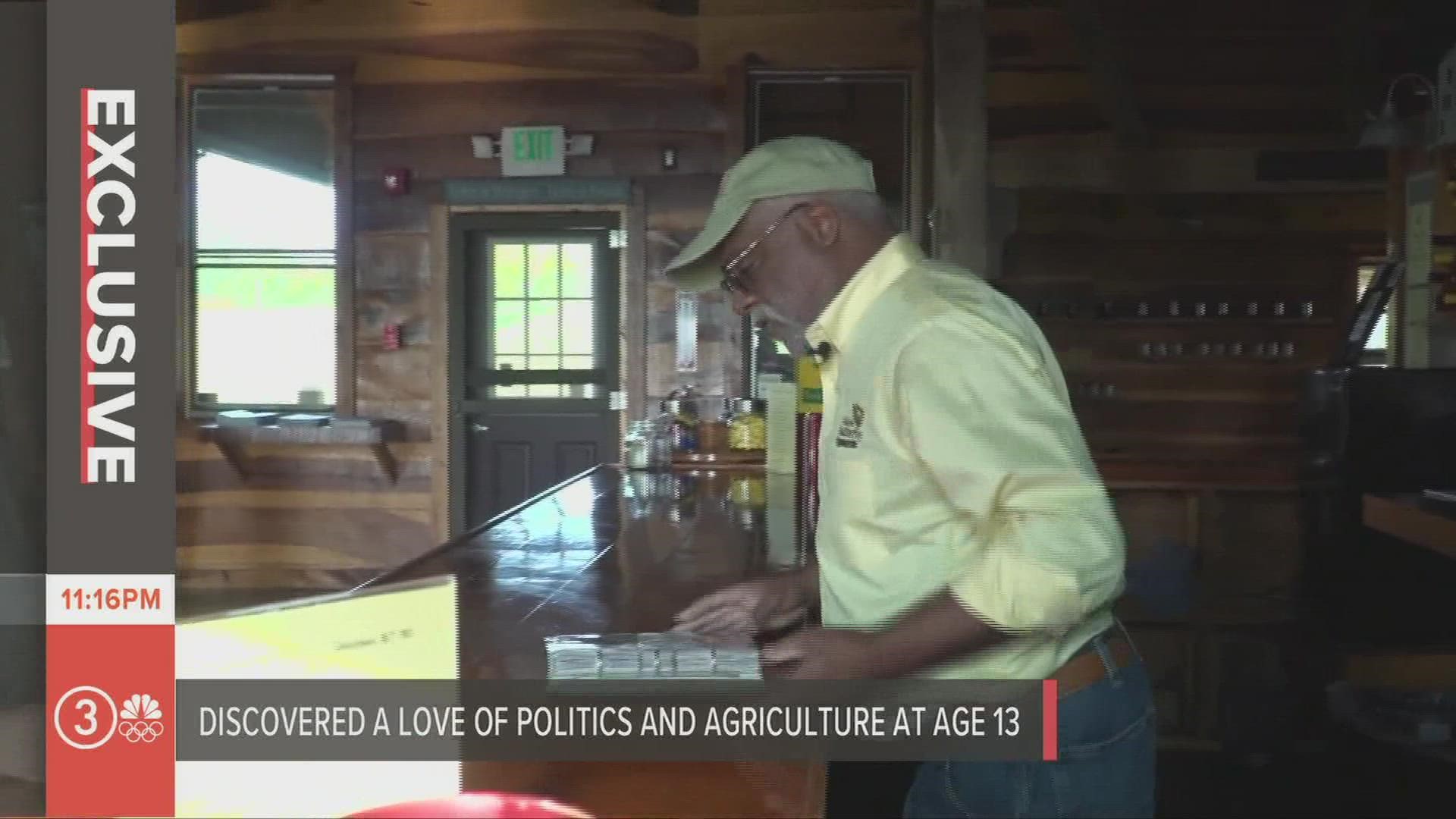 NEWCOMERSTOWN, Ohio — It is just after sunrise as morning slips in over the rolling hills of Tuscarawas County.

Under a quiet sky, the farm is beginning to come to life. Its vineyard lush with grapes, although not yet ready for harvest to soak up the sun. Nearby, alpacas -- which are part of the barnyard scene -- lazily move into the day.

But here, the owner of Yellow Butterfly Winery is moving quickly about his spread.

For most Clevelanders, the face is familiar. The farmer is 100 miles from Cleveland City Hall, which he once led

Former Mayor Michael R. White is at home. It was a surprise when he and his wife, JoAnn, left Cleveland in 2008 for the tranquility of Newcomerstown.

"While people looked at our move here as 'Something must be wrong with them,' for us, it was pretty natural," White said as we talked with him from a covered patio overlooking his farm.

In the 1970s at the Ohio State University, Mike White studied agriculture, a passion he developed in his childhood. Decades later, he seems to have found a comfortable footing in this agricultural area, surrounded by the hills and the quiet of country life.

In Newcomerstown, the nearest neighbors are often a good stretch apart, but when there is a problem, there is a shoulder-to-shoulder approach. White tells the story of a fire on a neighboring property. The volunteer fire department couldn't handle it all.

"The neighbors around me, men and women, began picking up the hose and holding it behind the fire department to make sure they had some strength to it," he described. "So I went over there and picked up the hose."

All the neighbors throughout Tuscarawas County know of White's Yellow Butterfly Winery, which is quite the tourist attraction. He rents out the barn he turned into a party center. The beat of live music and the flow of wine keep a rhythm going.

Mike White has found a passion here. He says although he still loves politics in Cleveland, he's found another love right here: The love of the peace and happiness in the life of the farmer in the valley.

Still, you get the feeling that, emotionally, he walks with a foot in two camps: the rural landscape of Newcomerstown and the metropolitan world of Cleveland. He is a man who walked away from the city streets and sidewalks of politics to the softer underfoot of farm life.

Although Yellow Butterfly is uppermost in his thoughts today, Mike White gives you the feeling there are strong thoughts of the city he left, but still visits, both physically and emotionally. In Newcomerstown, a lot of Cleveland is still there.

"I believe I did the right thing by the town I still love," White shared. "I may live here, this is my home now, but I love Cleveland. I love the people in it."

Operating a winery takes patience. After all, the grapes take their time in ripening, readying themselves for harvest. Mike White hopes the yield will be good this year.

Regardless, you get the feeling that however good will be the yield of the grapes or the vintage of the wine, he has found a flow of life which makes him happy.

We couldn't help but ask if he ever felt the call to serve in another capacity, but this time in Tuscarawas County. There was no hesitation from Cleveland's 55th mayor.

"My momma said, 'You never cross the same bridge twice.'"