Laborers' union bought the old house and poured $2.5 million into it to bring it back to its once-palatial prominence 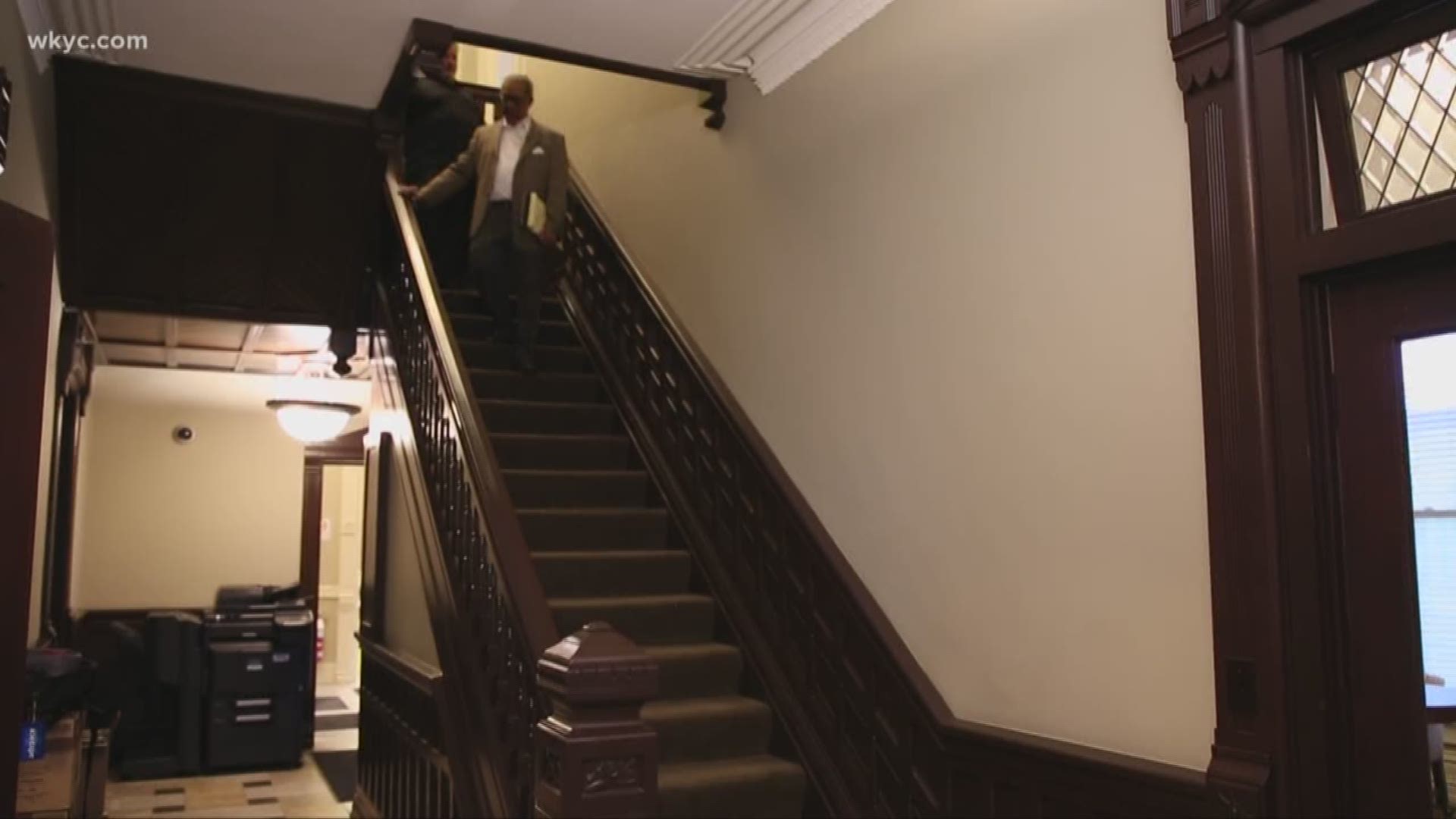 CLEVELAND — The old mansion standing as a classic reminder of how Cleveland millionaires lived near downtown was saved from the wrecking ball by laborers who poured not only concrete into the building, but also millions of dollars.

The Southworth House, which in recent decades fell into disrepair, was saved from the scrapheap by the Laborers' Local 860 union when they bought what was near falling down and got it back on its gilded age feet.

"This building here is a reflection of the pride that the laborers, the members of Local 860, have," said Anthony Liberatore Jr., business manager and secretary treasurer of the union.

The union bought the building in 2007, but it was a far cry from the way it was in 1879 when Cleveland millionaire businessman William Palmer Southworth constructed the home just a block away from historic Euclid Avenue, which was nicknamed "Millionaire's Row" because of the large number of wealthy business tycoons and industrialists who inhabited the area around the turn of the last century.

"When we walked in," said Liberatore, "we had to pry open the doors and shoo away the birds which were living here."

But after the laborers union spent $2.5 million, the house at 3334 Prospect again sparkled in prominence.

Southworth made his money operating a grocery store on Public Square in the 1880s. His store was known as one of the first in the area to sell food on a "cash only" basis, declining credit to customers. He later became the fourth president of National City Bank, which was headquartered in Cleveland. Southworth and his wife were well-known in the city because of his business ties

The two leaded glass doors facing Prospect Avenue weigh 400 pounds. Throughout the house are indications of the wealth of the Southworths.

"His vault in the home here was actually two levels, so he literally needed a ladder to get to his cash," said Liberatore, who serves as a tour guide for anyone going through the mansion.

Much of the historic integrity of the house remains, although it has been upgraded with the latest in technology. In 1891, at the height of the Gilded Age when Cleveland's population was more than 250,000 (making the city the nation's tenth-largest), Southworth died. Four years later, his widow Louisa expanded her home to 19 rooms. The addition increased the home size to 12,000 square feet.

In the coming years, Cleveland's population soared, making the city the nation's fifth-largest. Many wealthy industrialists built similar or grander homes on nearby Euclid Avenue in what is now called Cleveland's Mid-Town Corridor.

However, during the 1970s, the mansion fell in disrepair. By 2005, the house went to a Sheriff's auction. That was when the Laborers' local union began to think it could serve as a headquarters office for the 3,500 union members who lay concrete and other jobs in rebuilding the area's infrastructure.

Think of the owners of the Southworth House when you drive through the area, including across the I-480 Valley View bridge where many of the men and women laying a new concrete deck are working. They all have a piece of the house.

In many ways, all of Cleveland has a piece of the house in that it is on the National Register of Historic Places and is a part of the history of the city.