Each year on June 19, Americans commemorate the day in 1865 when all African Americans became free, marking the end of slavery in the U.S. 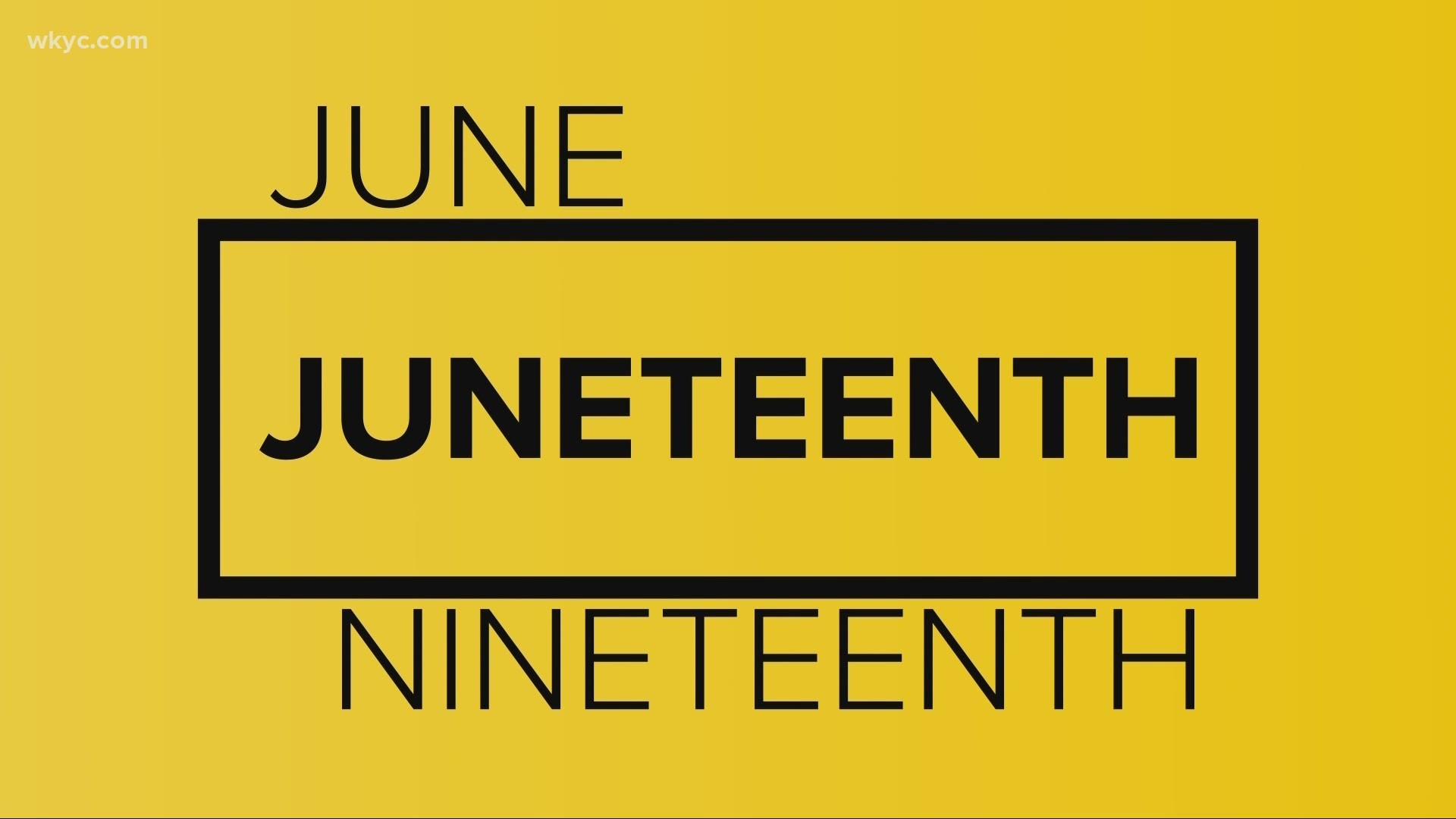 CLEVELAND — It was a time of celebration, high jubilation. The "hoorays" surely reached the sky.

The celebration marked a freedom from slavery in the United States.

Freedom came, and with it, a new word added to the language: "Juneteenth"  -- as the day would be remembered in that word combination of June and nineteenth.

Freedom was announced in Galveston, Texas, that 1865 day, although President Lincoln had signed the Emancipation Proclamation freeing enslaved people 2 1/2 years earlier. That late announcement came because enforcement of the proclamation generally relied on the advancement of Union troops.

Texas was the most remote of the slave states. When Union troops did arrive after the Civil War was over, the enslaved people were freed.

JUNETEENTH HISTORY: Marking the end of slavery in America

Juneteenth is sometimes called "Freedom Day," "Jubilee Day," or "Emancipation Day." In Cleveland, it will be celebrated officially with a festival on downtown's Mall C .

Although the Fourth of July is celebrated as a day of freedom, in 1776, there was no freedom for Blacks in this country. Both the Declaration of Independence and the Constitution allowed slavery, but through Constitutional amendments added over the generations, the Constitution now includes all of us.

Still, Juneteenth is important. Recognition varies across the United States, and until this year it was not officially recognized by the federal government. That changed this week when President Biden signed a bill making Juneteenth a federal holiday.

Juneteenth truly is America's second Independence Day. This Saturday on Mall C, there will be festivities, entertainment, African American culture, food, and education. 3News is the media sponsor for the Cleveland Juneteenth Festival.