At age 87, the former Cleveland Council President reminisced with our own Leon Bibb. 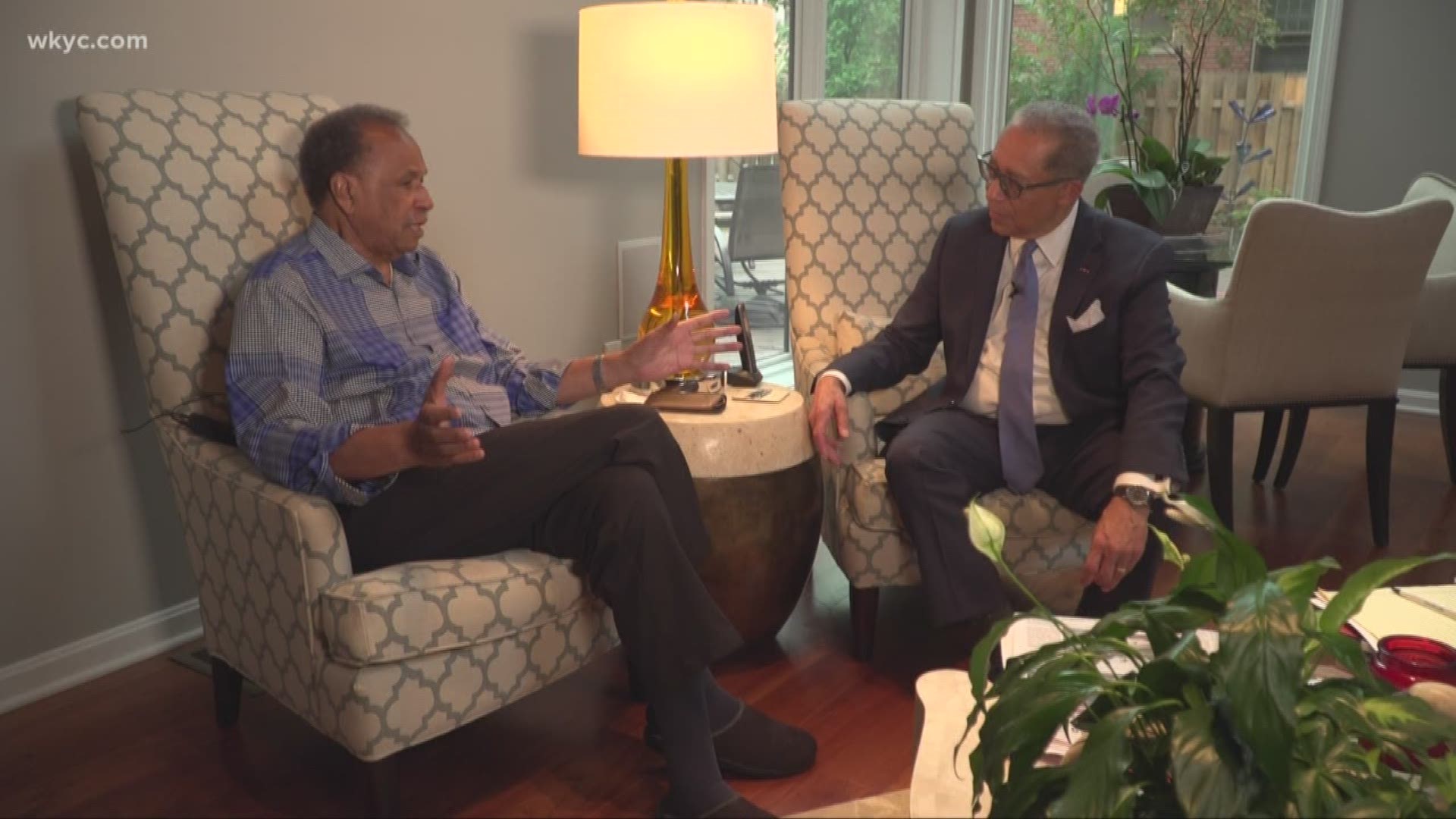 He is quieter now; not as vocal as in years past, but still politically sharp.

When George Forbes was the longtime president of Cleveland City Council, he led with a strong gavel and a stronger tongue. At times, the Forbes tongue was a sword.

Retired now, Forbes thinks of those days when he pushed for what he thought was best for Cleveland. The longtime Council President Forbes could be controversial; he knew politics and played it to the hilt. Sometimes it was hardball.

That was then, this is now. At age 87, the former Cleveland Council President reminisces. From 1974-89, Forbes presided over the council with an overriding approach for the job.

"[It was] the ability to take care of people and understand what they needed and wanted," he says all these years later.

Through the halls of government, he led the legislative side of the city, sometimes in opposition to mayors, sometimes hand-in-hand. Always colorful, at times confrontational, which made him controversial. He could make the nightly news by turning City Hall into a boiling pot, turning up the heat.

But Forbes knew how to get the council's 33 members (later 17) to vote for him as their leader. He also pushed for anything he thought would better serve the people.

Today, Forbes shuns any thought of his being "powerful."

"I was more important than I was powerful," he believes. "You can't say 'powerful' when you have 33 colleagues you depend upon to keep you in office."

He once ran unsuccessfully for mayor, but he is better remembers as one of the political architects for Cleveland's comeback following the city's late 1970s falls into financial default. From the edge of collapse, he pushed for the city, but while also remembering his youth in the segregated South, he pushed especially hard for Cleveland's black residents.

"As the city progressed, it had to be progress for black people, and that I do not regret," he says. "That I wil not back off of."

Forbes did not back off much. He could be biting, but age has mellowed the retired Cleveland Council President.. The tongue of George Forbes is more tempered now.

While George Forbes presided in the council chambers, then-Cleveland Mayor George Voinovich said running the city were two Georges—"Little George and Big George." Voinovich called himself "Little George," but George Forbes disputes the title of "Big George" and says also that he was not powerful. He only had an important job.

"Somebody said that the other day, 'The most powerful man,' and all that crap," he quips. "I was important.

"[Voinovich] was the mayor and he had the employees and the men and women of expertise. The men and women who could craft those things. He brought me into those meetings and said which way we can go."

Forbes does not visit City Hall anymore, and admits he does not miss the daily battles. Neither does his wife, Mary, who sat off-camera for this interview, choosing to let her husband do all the talking. Their Cleveland University Circle home is filled with artwork, but prominent in the living room is a life-size portrait of former President Barack Obama.

"He came to see me when he was running and said 'I need to talk to you,'" Forbes remembers.

Obama knew of Forbes' reputation on how to win. Now, the retired council president is content to serve as an elder statesman who can stay out of the day-to-day City Hall battles. But he is being applauded as one of the key figures who, in the city's financially troubled 1970s and '80s, successfully guided Cleveland.