Leon Bibb: Everyone is a winner in Ohio Vax-a-Million contest

The state of Ohio has seen a rise in the number of people getting vaccinated against COVID-19 since the program was announced. 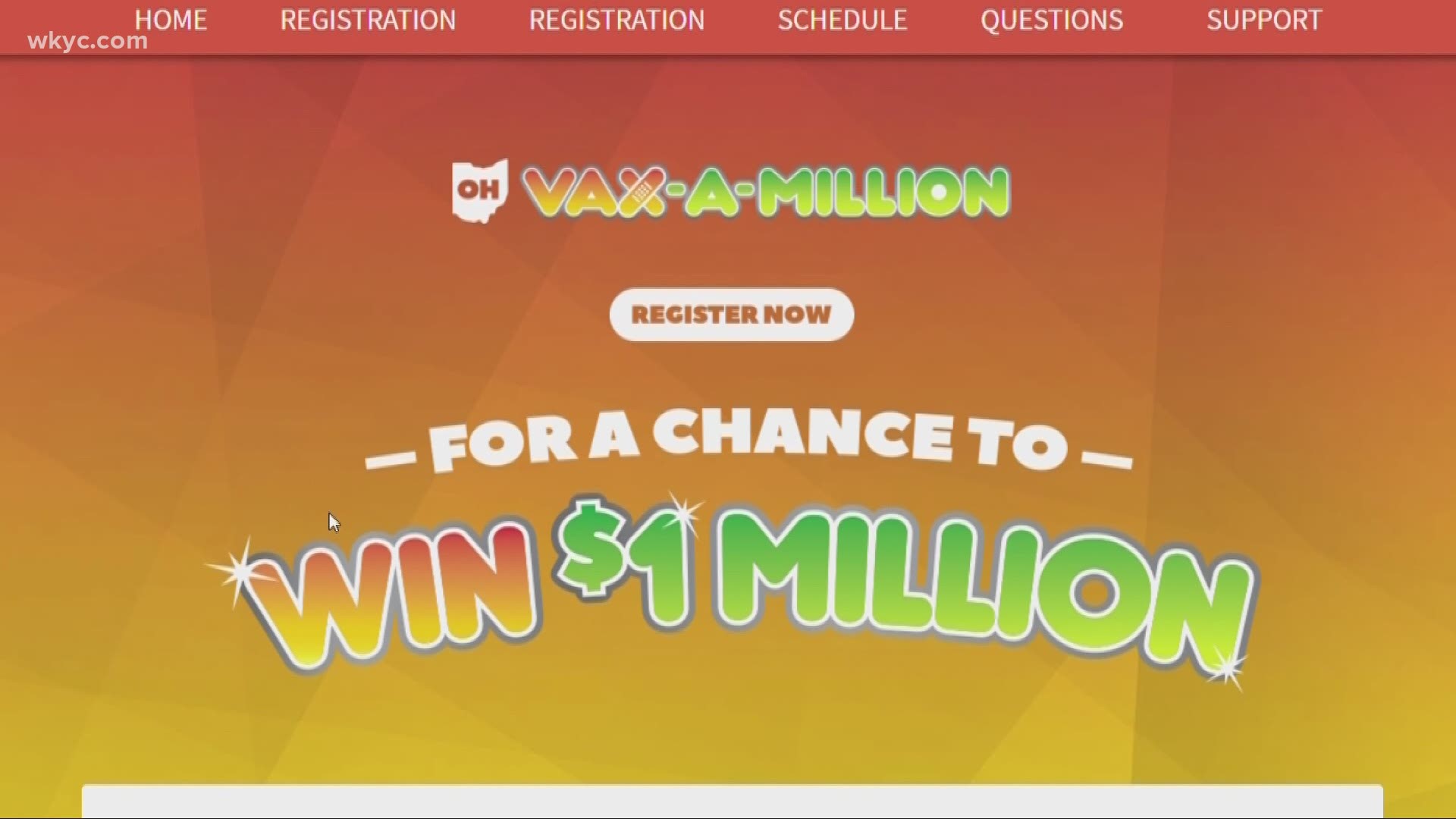 CLEVELAND — I am not a big lottery player, although sometimes I toss in a couple of bucks with a lottery group angling to win lotto money when it hits the stratosphere.

But now, you and I have a shot at a million-dollar win simply by getting the COVID-19 vaccine.

Ohio Governor Mike DeWine made headlines when he announced five Ohioans could each win a million dollars for getting in "Vax-A-Million." It's state-run, but not a lottery. The state constitution rules only the Ohio Lottery Commission can run a lottery.

Whatever you want to call it, the point of Governor DeWine's drawing is to encourage Ohioans to get the vaccine by wavin' a million dollars at 'em. The Gov's "Vax-a-Million" is a promotion urging Ohioans to take the their shots and maybe win a bundle after the needlestick.

But not everybody is hip-hip-hoorayin' about it. Depends on who is doing the talking as to whether its okay or not. Critics frown a million dollars in payouts a week over five weeks is a waste. The governor says the Ohio Department of Health will handle give-away money coming from federal relief dollars Ohio already has for vaccine promotion.

There is even incentive for kids who have not yet reached the age of 18 to get vaccinated. Five kids who have gotten the shots could win fully-paid educations at a public university in the state.

Well, whatever you call it, a million bucks is a million bucks and a fully-paid college ride is a college ride. DeWine feels Ohio figures a lot of vaccine-hesitant folks need to cozy up to the vaccine needle … if you get my point. A chance at 7-figures might could do it.

Any Ohio resident who has been vaccinated can enter the contest at ohiovaxamillion.com.

Not a lottery, contends the governor. No tickets sold, no money raised. Maybe it's a kind of sweepstakes where out of the blue, moneybags shows up yellin', "Guess what! You've won!" I know a fella who swore he'd never take the vaccine …. until he heard about a shot at a million bucks.

Today he is rolling up his sleeve.

Ohio's population is about 38 percent fully vaccinated. Govenor DeWine is the game show host, trying to move the needle – twistin' as many arms … I mean encouragin' as many arms as he can. The state lottery sells tickets and pulls winning numbers, advertisin' you can't win if you don't play in its gambling game of chance.

Well, the vaccine is not chance. It's a sure thing … for better health. If you're vaccinated, you've already won the real contest.

Now with the governor's "Vax-A-Million" contest, I don't expect to win because I've never been lucky that way. Anyway, my shot in the arm wasn't about money.

It was about life. That was my win.

But still, I, thinking about what the gov said. It would be nice to get a million more wins. I'm just sayin'.