The 3News Senior Reporter & Commentator reflects on racism in America. 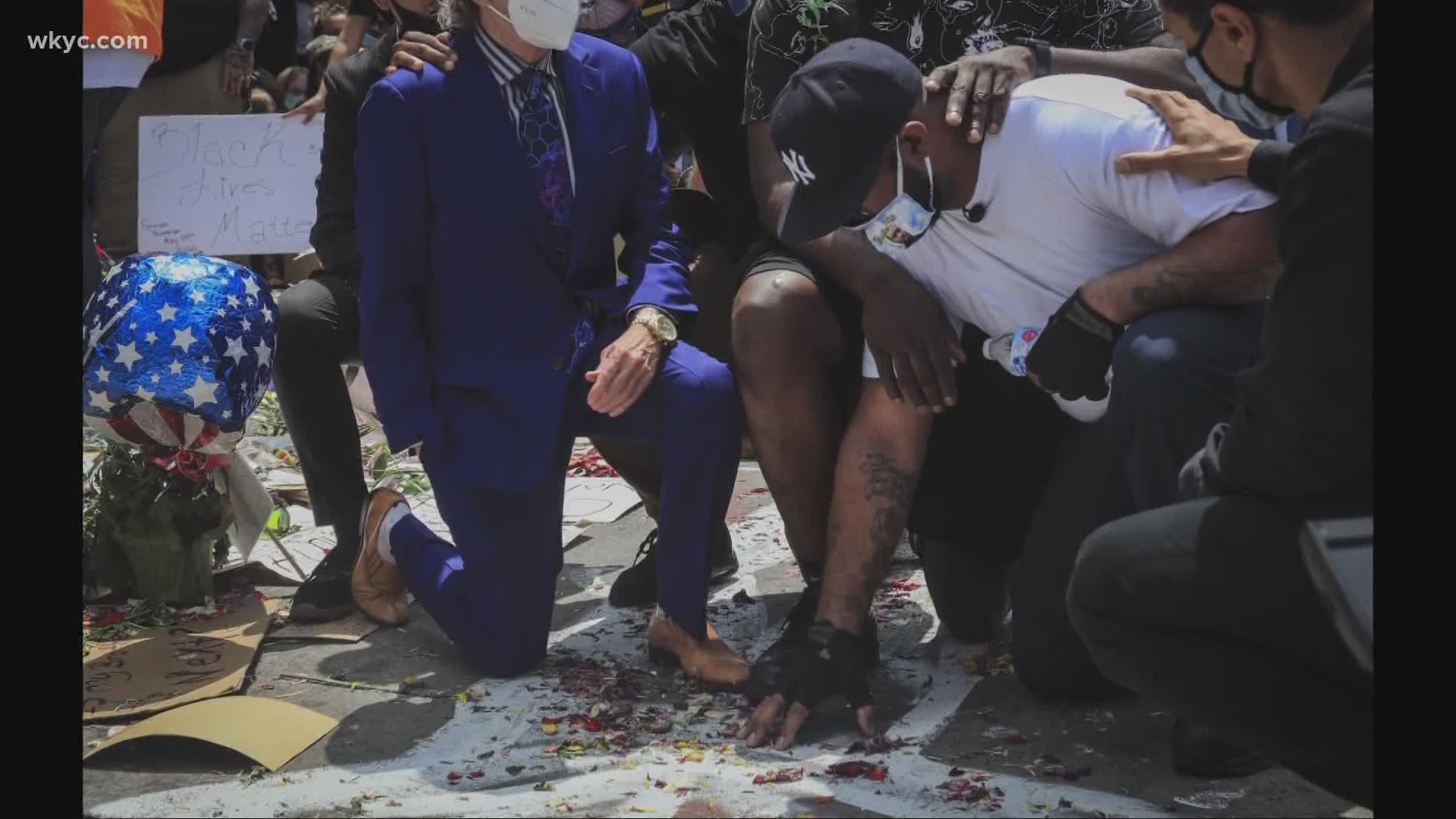 CLEVELAND — They took a prayerful knee in Minneapolis. At the same spot, days after George Floyd died under the crushing police officer’s knee, the brother of the dead man prayed on bended knee.

In a vigil, several hundred others bent knees as well. They prayed for peace.

It was for Minneapolis and Cleveland and many other cities which spiraled into violent turmoil ignited by anger over the killing of George Floyd, whose breath was stopped by a Minneapolis police officer’s pressing knee.

Rage was there even before the camera started to record: It was not just this killing, prompting peaceful demonstrations which exploded and were overshadowed by more violent ones. The tragedy of George Floyd was a spark which ignited kindling long-stacked in a corner called racism.

So now, the centuries-long, always-smoldering racism bursts into street confrontation and increased necessary discussions of racial disparities and inequality.  For many of us, there is a necessary discussion with our children about this land billed as one of equal opportunity, but not always and not for all.

Black people have long had to talk to their children of racism. My parents talked to me as their parents had talked to them, and I talked to my children. For people of color under the flag of red, white, and blue, these are the troubling facts of life which make for pointed conversation. Sad, emotional, tragic, but necessary conversation.

The realities of today, but what about tomorrow? What route will the nation take? The route depends on what we – the "We the People" of the Constitution  – will do in light of hard lessons learned.

The nation walks a sharp edge. The tragic death of George Floyd put us at yet another tipping point in American race relations. Each one of us by our beliefs, thoughts, and actions plays a part in deciding which way will the scale tip – to hating or healing.

This week's events surrounding George Floyd are not isolated incidents

Let's head back to the drive-in

A pandemic perspective on the search for a vaccine

Finding home again during the coronavirus

Just as in World War II, we must stop the enemy

A lone bagpiper's message for us all

In troubled times we all stand together