Leon Bibb: Repairing the Capitol is easy compared to fixing the cracks in our democracy

2021 was supposed to be better, but sometimes, old problems cross over into January. 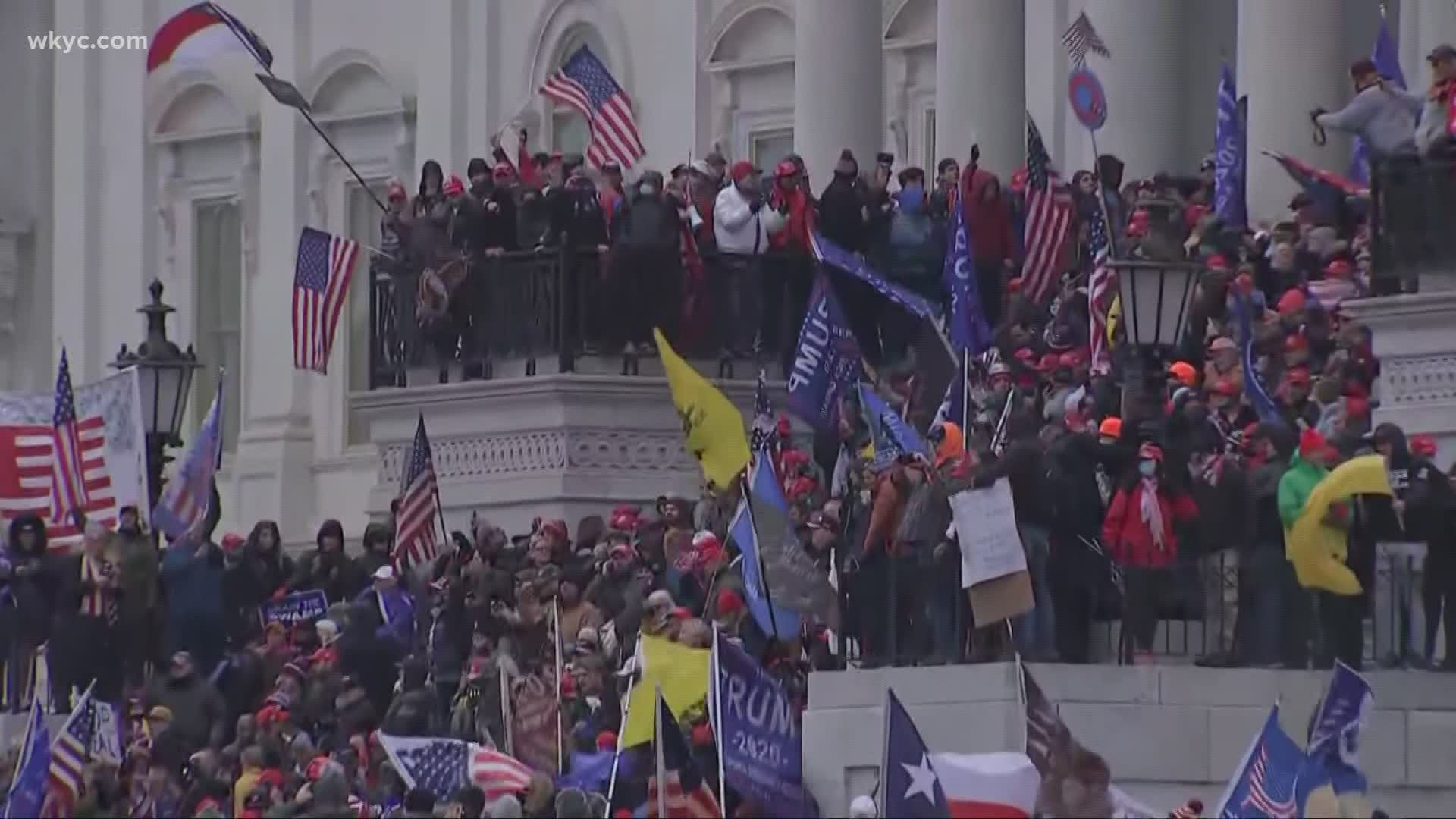 CLEVELAND — If you thought the exit of 2020 and the entrance of the new year would bring automatic relief from anxieties and worries just because 2021 entered, you realize there is no magic in just a year's number.

2021 began with new troubles just as it crossed the threshold.

The Capitol Building itself was the scene of riots by American terrorists.
And just as last year's often-uttered word was "impeachment," it is here again in 2021.

New years in themselves guarantee new starts. Sometimes, the old problems cross over into January. New starts are brought by people.

Barely in the new year, we saw terrorists from inside America seize the United States Capitol Building. The scenes show terrorizing people, but they also show cracks in our democracy, cracks which seem to be growing larger.

Still, last year democracy was hailed as the largest number of voters ever in the United States went to the polls.

The base of the democracy is the vote, and then cracks began with so many people refusing to accept the vote as fair. Then, voices against democracy.

Some voices became fuel poured on a fire which exploded across the plaza and violently burst into the American Citadel of Democracy – the United States Capitol Building – symbol of democracy, symbol of the American vote.

Those who rioted against democracy felt they could step out of the shadows and into the broad daylight.

No matter that security cameras and news media cameras were there to record their crimes. Many rioters brought their own.

Now we deal with the aftermath of the attack. These are cracks in America, cracks in our democracy which must be repaired.

Historians remind us of how we America has found ways through troubling times before. We must do that again.

Democracy is never easy. It will take work to make democracy work.