Leon Bibb reports: Church with a storied past carves out its place in the future

The Old Stone Church in Public Square turns 200 this weekend. 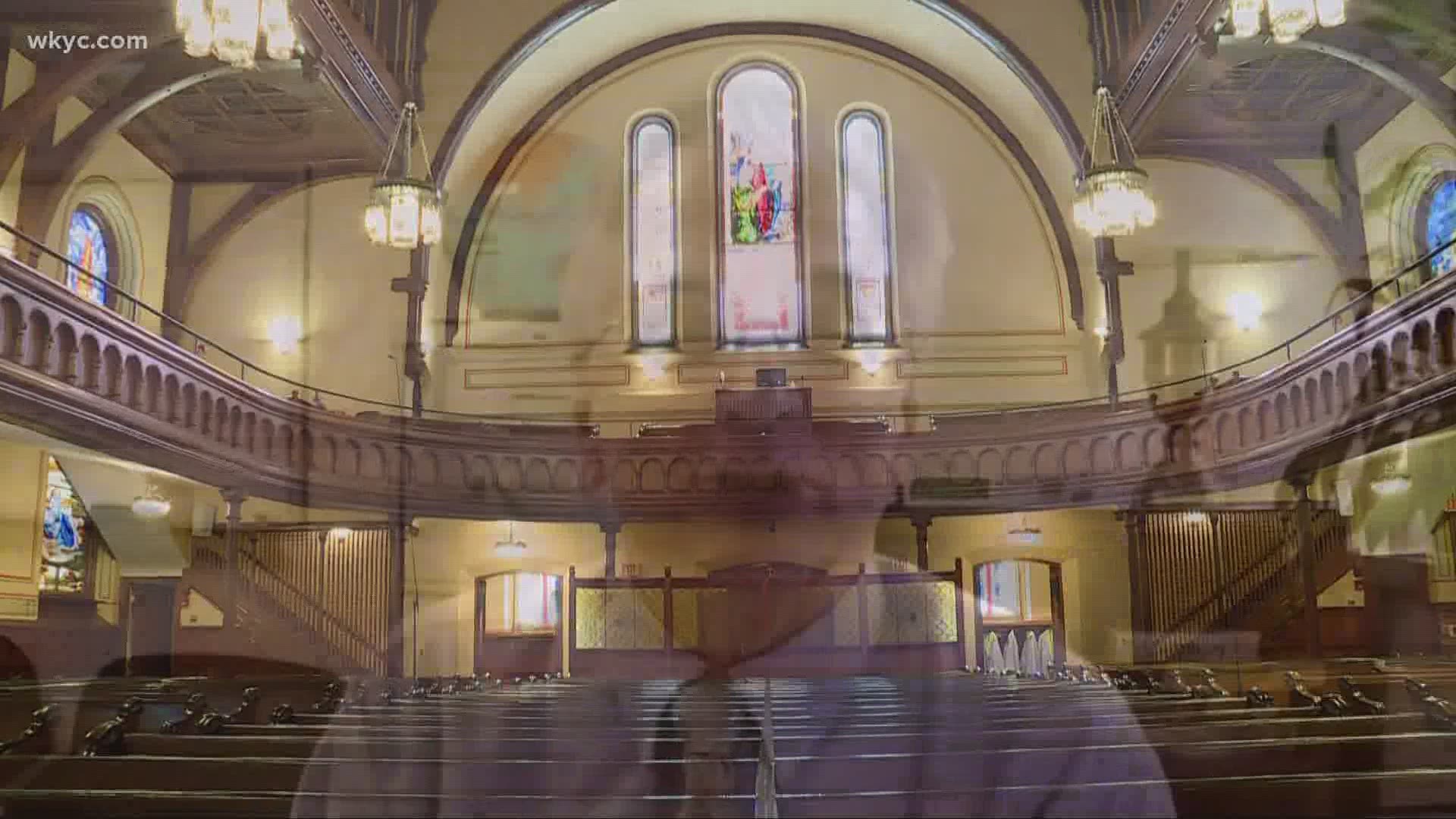 CLEVELAND — For many generations, it has watched over the heart of Cleveland’s Public Square. This year the Old Stone Church celebrates a much-applauded anniversary.

In its observance, Old Stone looks deeper into the 21st century, while at the same time reflecting on its storied past. Its beginnings came on the heels of the Little Settlement of Cleveland, founded in 1796.

McDonald and the congregation are celebrating the 200th anniversary of a little church of 1820 which grew along with a city.

In celebration, Old Stone has invited to speak legendary Cleveland clergyman Rev. Dr. Otis Moss Jr., who in the 1960s was an associate and friend of Dr. Martin Luther King.

#200YearsOfOldStone: For years, we've worked with The Northeast Ohio Coalition for the Homeless to help 7,000 community members accessing emergency shelter.

We are committed to supporting CLE & are proud that after 200 years, we’re still serving our city. pic.twitter.com/HkheLdTYsG

Of the Rev. Moss, McDonald says, "Somebody who is part of the history, but has a vision for the present."

And of Old Stone, says Moss, "During the period of the founding of Old Stone, church life, the spiritual life of Cleveland, was taking on a unique form."

And making history.  In 1865, upon the assassination of President Abraham Lincoln, as his body was moved from Washington DC to its Illinois burial place, there were several funerals along the way. One was in Old Stone. 100,000 people viewed the President’s casket in public square. Inside the church was a presidential funeral. That 1865 day, the Lincoln family sat in the front row, on what became known as the Lincoln pew and still exists to this day.

Since even before Lincoln’s time, the church has stood for freedom. Lincoln fought slavery. So too did Old Stone.

"What we need to do to think about and open our eyes to racism today," added McDonald.

A conversation with two Cleveland clergymen, viewing pathways from the past to the present and beyond. They walk a 200-year-old pathway, now turning toward the future of the Old Stone Church, in the heart of Cleveland.

The Old Stone Church will celebrate its 200th anniversary Sunday, September 20th with a virtual service.

For more information, you can visit their website, by clicking HERE.

RELATED: A Turning Point: 3 things you can do to close the digital divide